One in ten medicines, mostly in middle- and low-income countries, is substandard, according to a recent World Health Organisation report. Substandard, counterfeit or falsified medicines may be expired, contaminated, have substituted or inappropriate quantities of active ingredients, or bear misleading packaging and labels. It is often difficult to determine whether this is the result of production errors or deliberate action. Antibiotics, anti-malarials, birth control pills, cough syrup and painkillers are some of the most common counterfeit drugs. 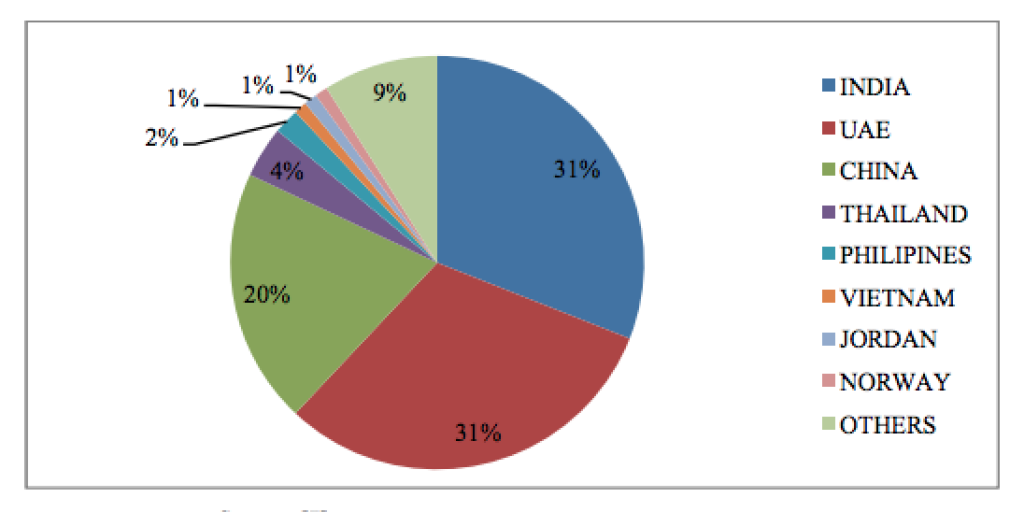 The review of the share of counterfeits seized in the European Union suggests that the majority of drugs were sourced from India, China and the UAE. The market share of counterfeit drugs is likely to exceed 30 per cent of the total medicines market value in Asia, Africa and Latin America. According to a WHO factsheet, such products are most likely to reach developing nations, where poor governance, technical incapacities and access to quality pharmaceuticals are major challenges. Haitians, for example, see untrained street vendors carrying towers of pills as their main source of medicine.

Complex supply chain at the core of the problem

The WHO report suggests that India is a major player in counterfeit pharmaceutical manufacturing as the country is the world’s largest producer of generic drugs. The incidence of illness due to consumption of a cough syrup was reported in Paraguay and Pakistan few years back. After a deep-dive research, it emerged that the syrup’s active ingredient, Dextromethorphan, was imported from India. Manufacturers and hospital staff were unaware that this raw material was contaminated with levomethorphan, a drug five times stronger than morphine. It was difficult to detect, since its molecular formula was the same as dextromethorphan. Moreover, tight regulatory frameworks meant few laboratories had samples for reference.

The report further highlights how complex supply chains could be an obstacle for ensuring quality control, noting that “a tablet taken in Germany may be made in Egypt from ingredients imported from India, Brazil and Spain, packaged in foil that came from China, inserted into a box designed for the United Kingdom of Great Britain and Northern Ireland, and shipped to Liverpool by way of Dubai”.

Another Indian company was caught in a complex web when an individual suffering from HIV in Africa was given mouldy tablets by an NGO. On scrutinising, the company discovered that while their medicine was genuine, the packaging was not: an American organisation had bought and shipped the tablets to a foundation in East Africa for charity, which had unexpectedly repackaged the anti-retroviral to show false expiry dates. This foundation had then diverted sale through a string of companies, one of which resold the medicine to NGOs that handed out the drugs for free.

The report also showed an instance where diligent background checks by Indian manufacturers could avoid falsification. Common antibiotics made in compliance with proper manufacturing standards by an Indian manufacturer, were repackaged with fake European labels and shipped to a conflict-ridden country with disrupted governance, as European labels would fetch higher prices. The medicine had been produced on contract with a dealer, who had also supplied the artwork for the packaging. However, this dealer’s credentials had not been verified by the Indian manufacturer, as there was no legal obligation to do it.

With counterfeiting being carried out on a commercial level and at a large scale, India needs to plug in the loopholes in the supply chain and bring transparency in the distribution of pharmaceutical products.