More than 22,000 cases of swine flu have been reported in 2017, a bulk of them from Maharashtra and Gujarat 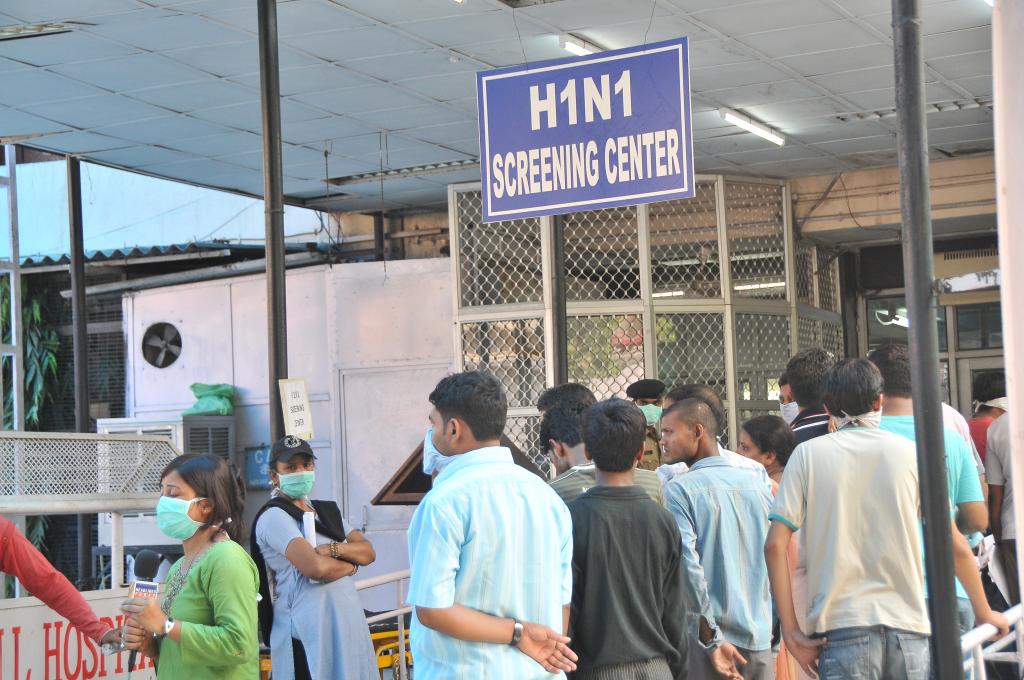 the post-monsoon and winter seasons are the periods of maximum infection for Swine Flu (Credit: Meeta Ahlawat/CSE)

The H1N1 influenza, commonly known as the swine flu, has seen a dangerous resurgence over the Indian subcontinent in 2017. In just eight months, 1,094 deaths and more than 22,000 cases of the deadly infection have been reported in the calendar year. The virus made headlines in 2015 after 9 separate outbreaks around the country caused nearly 3,000 deaths.

Swine flu is caused by the Type A influenza virus and affects the respiratory system in humans. The virus, which originates in pigs, is not only extremely contagious, it is also airborne and spreads through coughs and sneezes. People with pre-existing respiratory conditions apart from older people, children and pregnant women have been found to be the most vulnerable to the disease. The virus has established itself as one of the most feared emerging diseases. Outbreaks have been reported almost worldwide after it was first reported in Mexico in 2009.

After a year of suppression last year, the disease has once again made its presence felt in the country with a bulk of the cases being reported from Maharashtra and Gujarat, with both states registering 437 and 297 deaths respectively so far this year. In recent weeks, the disease seems to have spread to Delhi and surrounding regions as well. Of the 1,719 cases the city has seen so far this year, 336 have come in just one week preceding August 20. The mortality in the region is still low with five deaths so far in the capital.

Outbreaks of the virus have been associated with a dip in temperatures. Typically, the post-monsoon and winter seasons are the periods of maximum infection. This year though, an erratic monsoon with strong active spells interspersed with long dry spells has been blamed for the seasonal outbreaks, especially in Western India. In 2015, when swine flu cases were similarly high in incidence, a study revealed possible mutations in the virus in India which have made it more virulent and transmissible in humans. Although yet unconfirmed, fears are that the mutation might be behind the burgeoning figures of incidence and deaths this time round as well.

Swine flu was first reported in humans in India in 2009. Confusion and lack of information about the disease is believed to have suppressed the official figures of incidence and only 600 deaths were officially reported despite suspected cases popping up from across the country. In 2010, over 20,000 cases were confirmed of which 1,763 resulted in death. Swine flu had well and truly arrived in India. In 2015, India had its worst tangle with the disease yet as—42,592 cases were reported nationwide. Maharashtra (8,583 cases, 905 deaths), Gujarat (7,180 cases, 517 deaths), Rajasthan (6,858 cases, 472 deaths), Madhya Pradesh (2,445 cases, 367 deaths) and Karnataka (3,565 cases, 94 deaths) were the worst-hit that year. The situation improved drastically in 2016 with just 1,786 cases and 265 deaths registered. The situation this year, so far, is pointing at a repeat of 2015, the hotspots, concentrated in Western India, too are reminiscent of India’s worst experience with the disease.