The missing piece in Omicron’s family tree: Where did the variant originate?

There are currently 3 thoeries being considereed by the medical fraternity 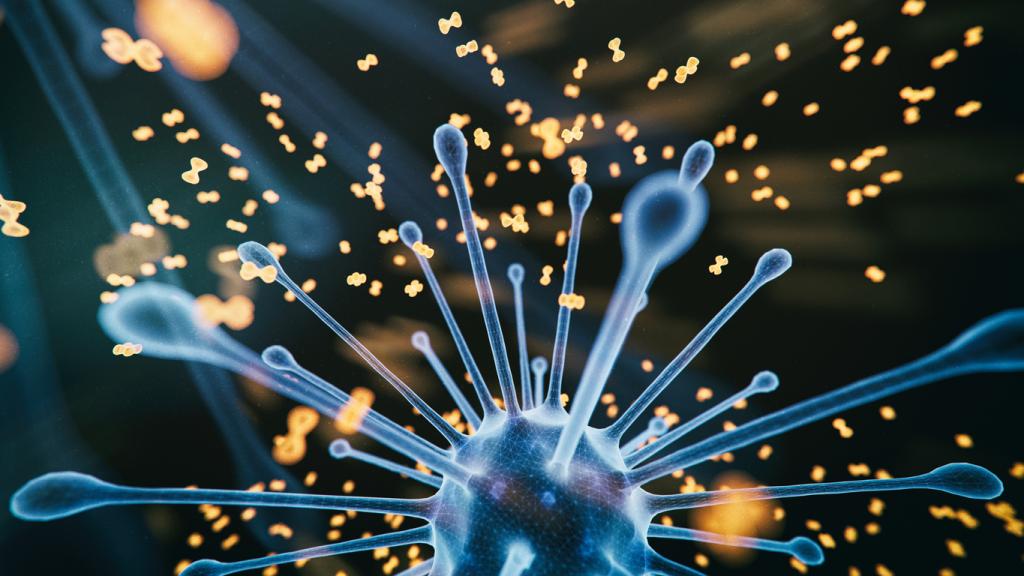 The SARS-CoV-2 virus, which causes the novel coronavirus disease (COVID-19), is a ribonucleic acid (RNA) virus. It is characteristic of it to mutate and evolve over time.

The latest of the five variants of concern (VOC), omicron, is far more transmissible than its predecessor delta and has the ability to evade immunity, reports show. But its origin remains unclear, much like the one found in Wuhan.

COVID-19 cases began increasing in South Africa’s Gauteng province early November, leading experts and researchers to suspect a new variant behind this. Samples were collected and sequenced and the omicron variant was isolated November 24, 2021.

Two days later, the World Health Organization (WHO) declared it a VOC. By then, cases were already rocketing in the country, with Gauteng’s Tshwane district as its epicenter.

Now, nearly a month later, it seems as though the peak has passed and the curve has begun to decline in South Africa.

Several countries put in place travel restrictions after South Africa shared information on the new variant and the surge linked to it. Netherland’s health agency, the National Institute for Public Health and the Environment, however, announced that omicron was already circulating in their population a week before it was detected in South Africa. Thus, it remains unclear where the variant truly emerged from.

Its 50 mutations, 32 of which are on the spike protein alone, worried many. This is where the variant gets its vaccine-evading and high transmission characteristics from.

Moreover, its family tree hides a big surprise. The strain from which omicron evolved was last in circulation in mid-2020. What happened to it after that is anybody’s guess.

Currently, there are three popular theories of omicron’s genesis.

The most widely believed theory is that the virus persisted in an immunocompromised person who suffered from COVID-19 for a long period. This relation has been explored deeply in several studies yet to be peer-reviewed.

A paper published in medRxiv journal in June this year looked at the case of a six-month long COVID-19 infection in an HIV-positive woman in her late 30s whose treatment was failing. Upon conducting genome sequencing of the virus at six different stages of the disease, “intra-host evolution” of SARS-CoV-2 was confirmed. While she continued to test positive for 216 days, her illness was of moderate severity and clinically short.

This is not the only recorded case. A study published in the journal Nature this February recorded a case of a 70-year-old man undergoing chemotherapy for lymphoma who continued to test positive for COVID-19 for 102 days till he died. The patient was treated with Remdesivir and convalescent plasma.

Noting “large, dynamic shifts in the viral population” after the plasma treatment, the study showed how “chronic infection with SARS-CoV-2 leads to viral evolution and reduced sensitivity to neutralising antibodies in an immunosuppressed individual treated with convalescent plasma”.

In a letter by researchers from the Harvard Medical School published in the New England Journal of Medicine last December, a COVID-19 case of an immunosuppressed patient is described. The 45-year-old man tested positive for the SARS-CoV-2 virus for 152 days. During this time period, several samples were sequences and revealed at least 12 mutation spikes.

A second theory suggested that a “reverse zoonotic event” could be behind omicron, where it may have evolved in an animal host — possibly a rodent — and thereafter jumped onto humans, triggering another wave of COVID-19 infections.

Kristian Andersen, an immunologist at the Scripps Research Institute, was among the first to raise this idea. “Reverse zoonosis followed by new zoonosis seems more likely to me given just the available evidence of the really deep branch, and then the mutations themselves, because some of them are quite unusual,” he was quoted as saying in the magazine STAT.

He is not alone in this school of thought. A paper published in bioRxiv journal December 15, 2021 presented a similar argument. Suggesting that its findings revealed the possibility of “host-jumping”, the study noted:

The molecular spectrum of pre-outbreak omicron mutations was inconsistent with the rapid accumulation of mutations in humans. It rather suggested a trajectory in which the progenitor of Omicron experienced a reverse zoonotic event from humans to mice sometime during the pandemic (most likely in mid-2020) and accumulated mutations in a rodent host (most likely mouse) for more than one year before jumping back to humans in late-2021.”

The third and final theory suggests that the variant evolved in a population where genome sequencing is extremely sparse or non-existent. Despite scientific advancement, there are large swathes of inhabited lands — especially in southern Africa — where the infrastructure to carry out genome sequencing remains absent.

However, this theory is unlikely to be true. Given how infectious omicron is, a rise in cases would have spread to other areas where there is a robust system in place for genome sequencing.