The number of new flu viruses is increasing, and could lead to a pandemic

How is it the flu has managed to stay around for so long, and why haven't we beaten it yet? 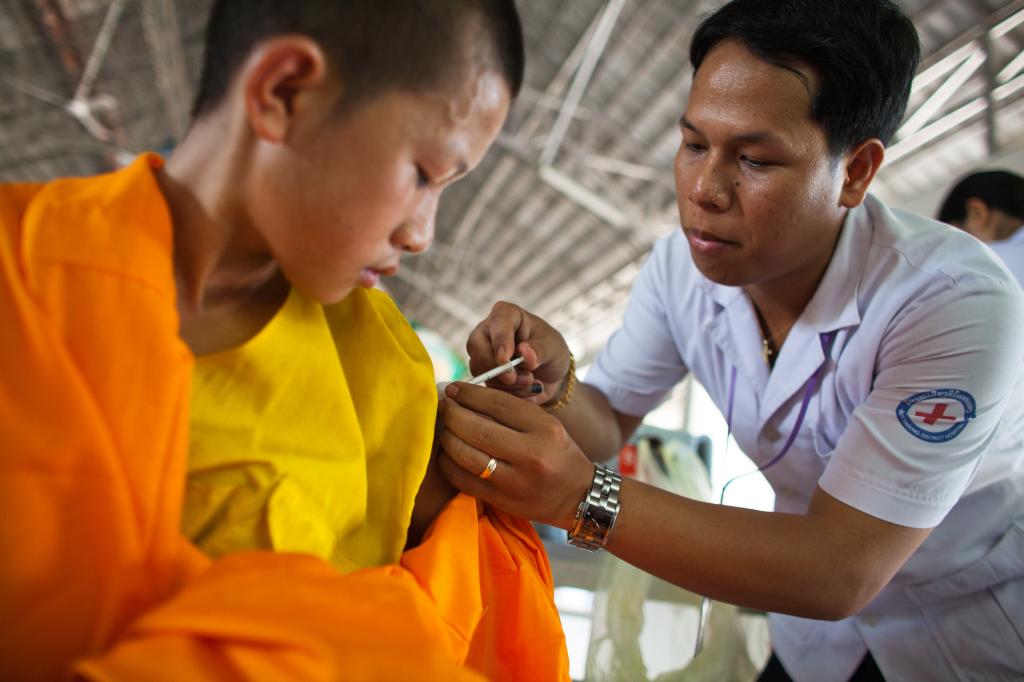 Influenza vaccines will only work against the specific strains of flu they were designed for. Credit: CDC Global / Flicker

Influenza has affected humans for over 6,000 years, causing pandemics at regular intervals. During the 1918 Spanish flu, it was thought to be a bacteria, until an American physician Richard Shope identified the virus in 1931.

So how is it this pathogen has managed to stay around for so long, and why haven’t we beaten it yet? The answer is that influenza is a virus that changes rapidly and regularly.

New flu vaccines are required every year due to these changes and mutations of the virus. While all flu viruses which infect humans are similar, a pandemic virus (which is easily transmitted between humans) is significant because humans have no immunity to it, and so are vulnerable to severe infection and death. Seasonal viruses which we see year after year were once pandemic strains, but humans have now been exposed to these viruses and have some background immunity to them.

We have found that the last decade has seen an acceleration in the number of flu strains infecting humans.

Why are there so many flu strains today?

Around 100 years ago the world experienced the Spanish flu pandemic, and it took another 39 years for a novel influenza virus to emerge. It took a decade after that for the next one. Since 2011, however, we have seen seven novel and variant strains emerge. This is a very large increase compared to the past.

The reasons for this increase are unknown, but there could be many. One reason could be better diagnostics and testing; another could be changes in poultry farming and animal management practices, since influenza is a virus that affects humans, birds and many animal species; as well as changes in climate, urbanisation and other ecological influences.

But none of these factors have changed at the same rate as the emergence of new viruses has escalated. This warrants new research to unpack the relative contributions of all the different possible factors.

Another change is advances in genetic engineering tools, which make it possible to edit the genome of any living organism, including viruses. The possibility of a lab accident or deliberate release of engineered flu viruses is real. Experiments to engineer influenza viruses have been published since 2011, and remain controversial for the possible risk, compared to the relative possible benefit.

With so many more novel influenza viruses emerging and circulating, the probability of genetic mutation and emergence of a new pandemic strain is higher today than any time in the past. It’s a matter of when, not if.

What can we do to prevent a pandemic?

There’s actually already a lot being done to plan for and prevent another flu pandemic. This is both in terms of pharmaceutical drugs and vaccines, and non-pharmaceutical interventions like personal protective equipment, quarantine, border control and banning of mass gatherings in the event of an outbreak.

National pandemic plans outline interventions and the best sequence of different interventions, as well as prioritisation of these interventions. Most countries also conduct pandemic hypotheticals to test their systems and responses. But the best laid plans do not account for every possibility, and we usually encounter the unexpected.

For example, during the 2009 swine flu pandemic, the pandemic phases outlined in the Australian pandemic plan were revised to better fit the emerging situation. This highlights the need to be able to rapidly respond to changing circumstances and change strategies when required.

Vaccination is the most talked about strategy but producing a matched vaccine takes three to six months at a minimum. The pandemic would be expected to peak within about two months, so vaccines can’t be relied on until after the peak of the pandemic. Instead, we need to use antiviral medications, social distancing measures, personal protective equipment such as masks and gloves, isolation and quarantine to contain the pandemic.

Influenza vaccines are specific to strains of flu, and can be used for humans, birds or animals. However, they will only work against the specific strains the vaccine was designed for. There are no vaccines for many of the novel strains emerging all over the world.

It’s almost impossible to anticipate which specific virus will cause the next pandemic. At best we can prepare pre-pandemic vaccines which require an educated guess as to which virus may mutate into a pandemic strain, and make a vaccine against that.

A strain-specific pandemic planning strategy like this is not the best approach, as illustrated by the swine flu pandemic in 2009. From 2005 until 2009, the avian flu virus H5N1 (flu viruses are defined and named by proteins on their surface, haemagglutinin - H, and neuraminidase - N) was the major cause of bird flu, so the world focused heavily on preparing for a H5N1 pandemic and developing a H5 pre-pandemic vaccine.

However, the virus that caused the 2009 pandemic was H1N1, a completely different virus, so the pre-pandemic vaccines were no use.

A better approach is to try to prevent the emergence of new virus strains in birds and animals, and mitigate the risks once they emerge. This involves control strategies in both animal and human health sectors, surveillance and prevention efforts.

A targeted approach in global hotspots such as China, the source of the H7N9 influenza virus, and Egypt, which is experiencing a surge in H5N1 influenza, will also help.

Hotspots are generally where humans and livestock mix in close proximity, such as backyard poultry farms and live bird markets. Asia has historically been such a site. However, we sometimes see unusual outbreaks such as the bird flu outbreak in turkey farms in the USA in 2015.

Culling of birds is a commonly used method to control the risk once infection is detected. As are measures such as regulation of live bird markets and of the poultry and livestock industries. Excellent surveillance, rapid intelligence and picking up potential pandemics as they arise can make all the difference. We probably had a near miss pandemic strain arising in Indonesia in 2006, but the remote location and early detection mitigated the risk.