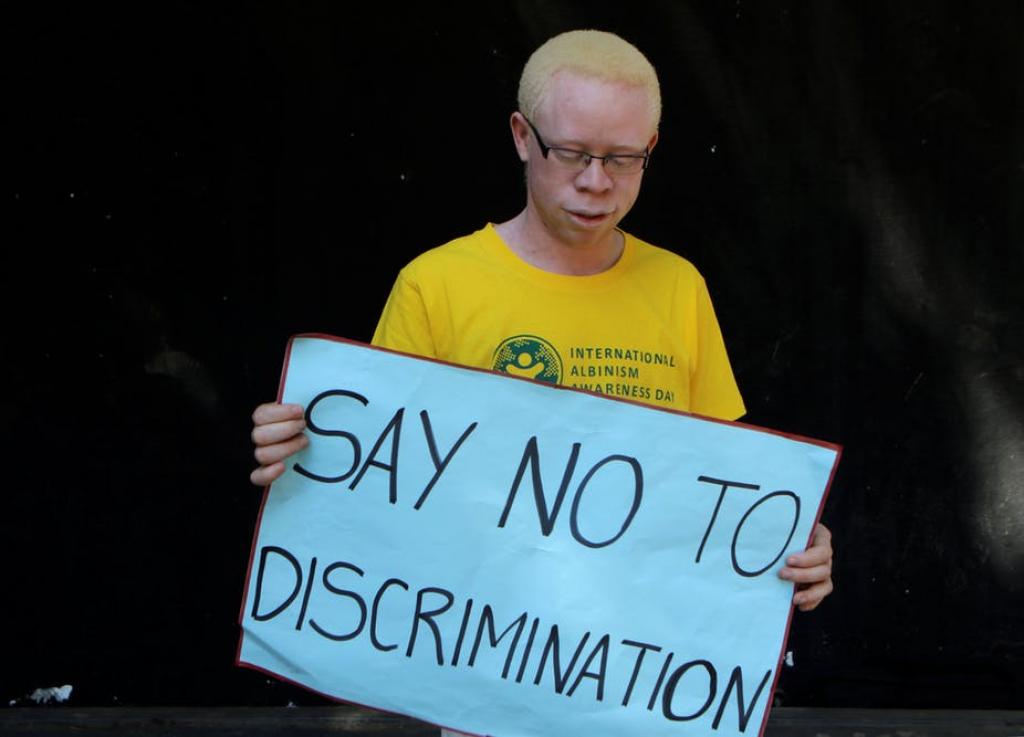 In the last decade, close to 200 killings and more than 500 attacks on people with albinism have been reported in 27 sub-Saharan African countries.

Tanzania has the highest number of recorded attacks globally at more than 170. There have also been reports of attacks in the Democratic Republic of Congo, Malawi, Mozambique and Burundi.

Most of these attacks are fuelled by rising demand for the body parts of people with albinism used in rituals by traditional healers, known as muti killing or black magic, juju.

The hair and bones, genitals and thumbs of people with albinism are said to possess distinct powers. Alleged to bring wealth or success, they are often dried and ground, put into a package to be carried, to be secreted in boats, businesses, homes or clothing, or scattered in the sea.

This illegal trade for body parts operates at regional, national and international levels.

In Tanzania the government is working with non governmental organisations and civil society which has resulted in more thorough investigations, new laws, and some convictions.

But countries such as Mozambique and Malawi need to act more diligently to discourage the illegal trade. While President Peter Mutharika of Malawi has condemned the attacks on people with albinism, the general response beyond these words has been slow.

Arrests and prosecution are complex because the illegal cross border trade is highly secretive and controlled by wealthy and influential buyers.

The champions against this illegal trade face a number of challenges, including complex and deep-rooted cultural myths. For example, in northern South Africa, a mother was told the cause of her child’s albinism was a previous encounter with a child with albinism.

The mother attended a party while pregnant and saw a mother with a baby precariously strapped to her back in a blanket. Fearing the baby was about to fall she went forward to help tighten the blanket. She then saw to her fright that the baby had albinism. She believed that, as a direct result of this encounter, she had given birth to a child affected with the same condition.

The illegal traders who “harvest” the body parts usually come from poor families and they lure strangers or their own family members for the promise of about USD$75,000 for a whole set of body parts. Even the graves of people with albinism have to be sealed with concrete to stop grave robbers.

Activists have reported an increase in fear among people with albinism because it is believed that demand for body parts increases closer to general elections.. The wealthy and educated elite running for office consult traditional healers for good luck potions.

Despite the seriousness of these human rights abuses, governments across East and Southern Africa have been criticised for insufficient action to prevent and to prosecute.

The trade in the body parts of people with albinism will be one of the key issues in focus at an upcoming United Nations expert meeting on witchcraft and human rights at its headquarters in Geneva.

The meeting will challenge the various actors including governments, academics and civil society to increase awareness and understanding to discourage the illegal trade.

The director of the Witchcraft and Human Rights Information Network, Gary Foxcroft, has made a global call:

The UN Independent Expert on the enjoyment of human rights by persons with albinism, Ikponwosa Ero, has called for more effective oversight over the practice of traditional healers, pointing to the secrecy that often surrounds witchcraft rituals.

The trafficking of body parts from people with albinism must urgently be addressed, clear national policies are needed, and communities must be effectively educated about albinism to demystify this genetic condition.