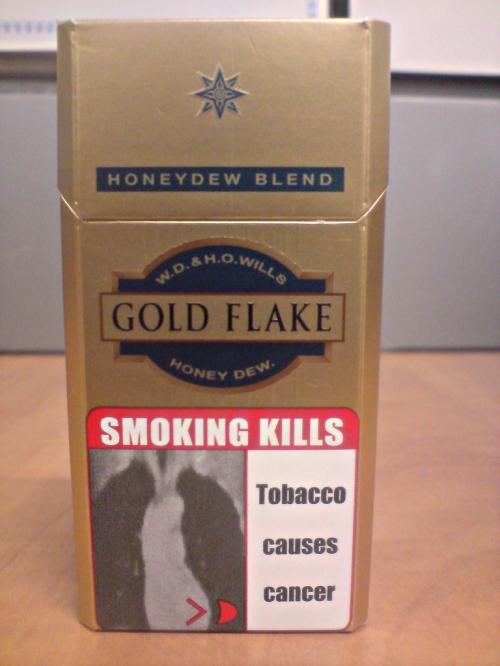 A day after the Supreme Court of India stayed the Karnataka High Court judgement which struck down the Union Ministry of Health and Family Welfare’s (MoHFW) amended guidelines to have 85 per cent area of tobacco products packages covered with health warning, the doctors and the civil society activists are now demanding that the government must present water-tight case in the next hearing in the apex court listed on March 12, 2018.

It may be mentioned here that the MoHFW rolled out guidelines in 2014 stating that 85 per cent of the tobacco packaging area would be covered by pictorial warning. Earlier, it was only 40 per cent. However, this amendment led to filing of a bunch of petitions in courts challenging the order of the ministry. All the petitions were bunched together by the Supreme Court in Karnataka High Court. The HC quashed the ministry’s order last month.

The Supreme Court order staying  the Karnataka HC order read , “Though a very structural submission   has  been  advanced by   the  learned counsel  for  the respondents (tobacco industry) that  it will affect their business,  we have remained  unimpressed  by  the said proponement  (argument  presented before jury) as we  are inclined  to think that health of a  citizen has  primacy  and  he or  she  should be  aware  of   that  which  can  affect  or deteriorate  the  condition of  health.”  The order passed by the bench of Chief Justice Dipak Misra and Justices A M Kahnwilkar and D Y Chandrachud, on January 8, added, “Deterioration (of health due to tobacco consumption) may be a milder word and, therefore, in all possibility the expression ‘destruction of health’ is apposite.”

The court also dismissed the industry’s plea that the package warning be increased from 40 per cent to 50 per cent (and not 85 per cent) till March 2018 when the Union government is, in anyway, going to change the design of the warning and take a final decision after that.

Expressing happiness over the Supreme Court stay, Prof Pankaj Chaturvedi of Mumbai’s Tata Memorial Hospital and founder of Voice of Tobacco Victims that represents over 300 doctors and 600 cancer survivors said, “The tobacco industry has been opposing the MoHFW ruling on the pretext that 40 per cent warning was enough and anything beyond that is useless. However, the very fact that they have been opposing the MoHFW order proves the fact that 85 per cent pictorial warning does have a sound effect. The more the warning area, the more the consumption goes down.”  His argument also finds support in the last GATS (Global Adult Tobacco Survey), the report of which was released in 2017. It said due to warnings, the percentage of people thinking of quitting the cigarettes in India rose from 38 percent (when GATS 2009-10 was conducted) to 62.1 per cent. When bidis and chewable tobacco are concerned, the number of people wanted to quit them rose from 29.3 per cent to 54 per cent and 34 per cent to 46 per cent respectively.

With 275 million consumers, India is the second biggest consumer of tobacco in the world after China. Out of the total consumers, 197 million are men in India, according to GATS 2016-17.

Deepak Mishra, executive director of Socio Economic Educational Development Society, which has been working in tobacco control in many parts of India said, “We face major challenges in areas where the literacy level is low. In such places, it is the warning on tobacco packs which does the job for us and it is the illiterate population which the industry does not want to lose. Hence, the bunch of litigations.”

After declaring 85 per cent warning, India rose to third position in the world in terms of tobacco warnings. The only countries ahead are Nepal and Vanuatu with 90 per cent area of tobacco packs covered with warnings.

Mishra said that India is under international obligation to increase the size of warning area from 40 per cent as it is signatory to WHO’s Framework Convention on Tobacco Control (FCTC). It, incidentally, mandates that parties to the Convention must require that all packages of tobacco products carry health warnings describing the harmful effects of tobacco use or other appropriate messages which “should be 50 per cent or more of the principal display areas but shall be no less than 30 per cent of the display areas.”