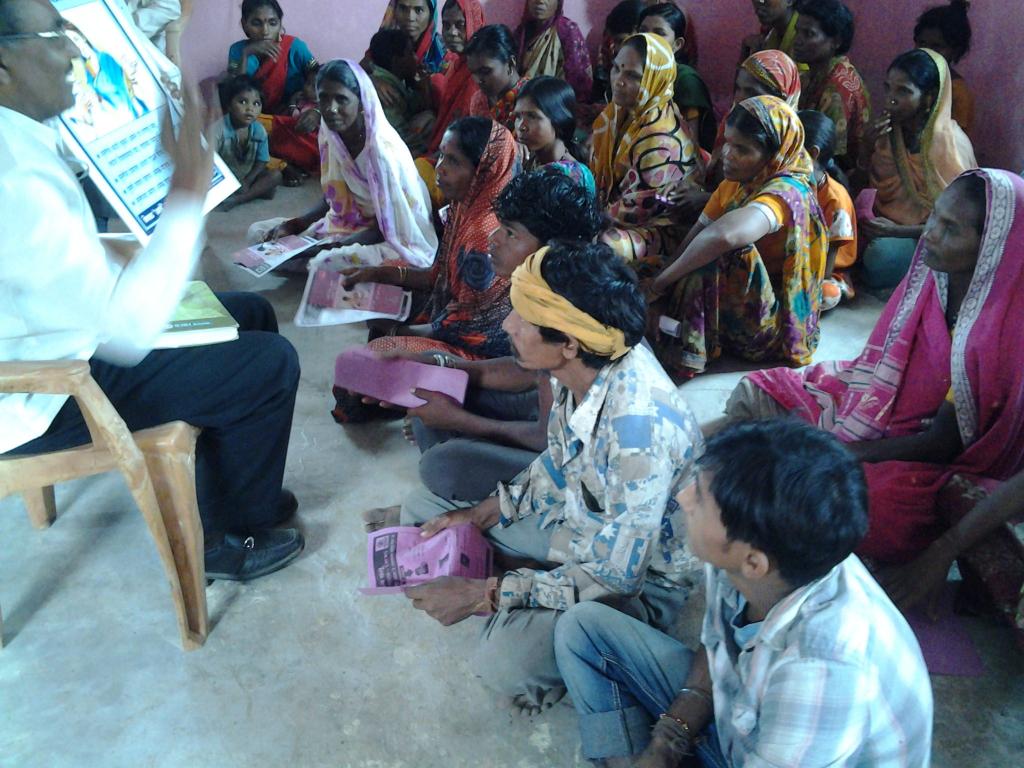 Every hour, four people in India are driven to commit suicide because of their illnesses. Credit: CDC Global / Flicker

It clearly indicates that every hour, four people in India are driven to commit suicide because of their ailments. One out of every five suicide is committed by those who are troubled by illness.

In India, common people have to bear at least 80 per cent of the total expenditure incurred for healthcare, while the government contributes only 20 per cent.

It is also a proven fact that every year, at least four per cent of India’s population suffers from poverty because they have to spend a huge amount of money for treating their illness. While between 10 and 20 million people in India suffer from mental illness and about 50 million of them are a victim of depression, only 0.06 per cent of the total health budget is allocated for treating such illnesses.

The country has only three psychiatrists per one million people, while the global standard is to have at least 56 psychiatrists.  India is in urgent need of 66,200 psychiatrists. Our current healthcare system forces common people to seek help from costly private clinics and hospitals, which further leads to high expenditure and thus, triggering poverty.

Privatisation of medical studies has made it even more unaffordable. It costs around Rs 1 crore to finish graduation in medicine. Attaining a post-graduate degree in the subject will cost up to Rs 2 crore.

The Centre for Insurance and Risk Management and International Food Policy Research conducted a joint survey in two districts of Madhya Pradesh. It was observed that in rural areas, household income is severely affected in least 40 per cent of the families if any member falls ill.

As per the study, every family in the village is burdened with an average debt of Rs 78,828. Around 17-18 per cent of the loan has been taken for medical treatment at a high interest rate of 29 per cent.

India already has the dubious distinction of witnessing high maternal mortality and infant mortality rate.  India is home to half of the leprosy patients (13 million) in the world and about 21 per cent of world’s total TB patients (1.9 million). It is unfortunate that when it comes to primary health care, the Indian government’s approach is extremely irresponsible.

According to 2011’s estimate, the average spending on healthcare in India is around Rs 2,500. The government contributes a meagre Rs 675 to it and the rest (Rs 1,825) comes from the individual’s pocket. Healthcare expense plays a crucial role in making people debt-ridden.

In 2014, Down To Erath had reported how people with hepatitis C in an extremely backward Haryana town were forced to buy expensive injections from a private pharmaceutical firm in the absence of a government-run treatment centre for the liver disease. In fact, health expenditure has long been established as one of the main drivers of chronic poverty.

It is disheartening that India spent only Rs 43 per person for medicine supply and only 5.4 per cent of its population can access medicines free of cost. It seems that a strong case is being built in favour of privatising healthcare by ignoring the poor state of public health sector.

In a report compiled for the 12th Five Year Plan, India needs 626,000 doctors and 4.96 million healthcare workers. Apart from this, we also need 187 medical colleges, 383 nursing schools and 232 ANM schools. Indian government is not equipped to fulfill these needs. In the past 35 years, health has been gradually pushed out from the government’s priority list.