Understanding mosquitoes can help us find better ways to kill them 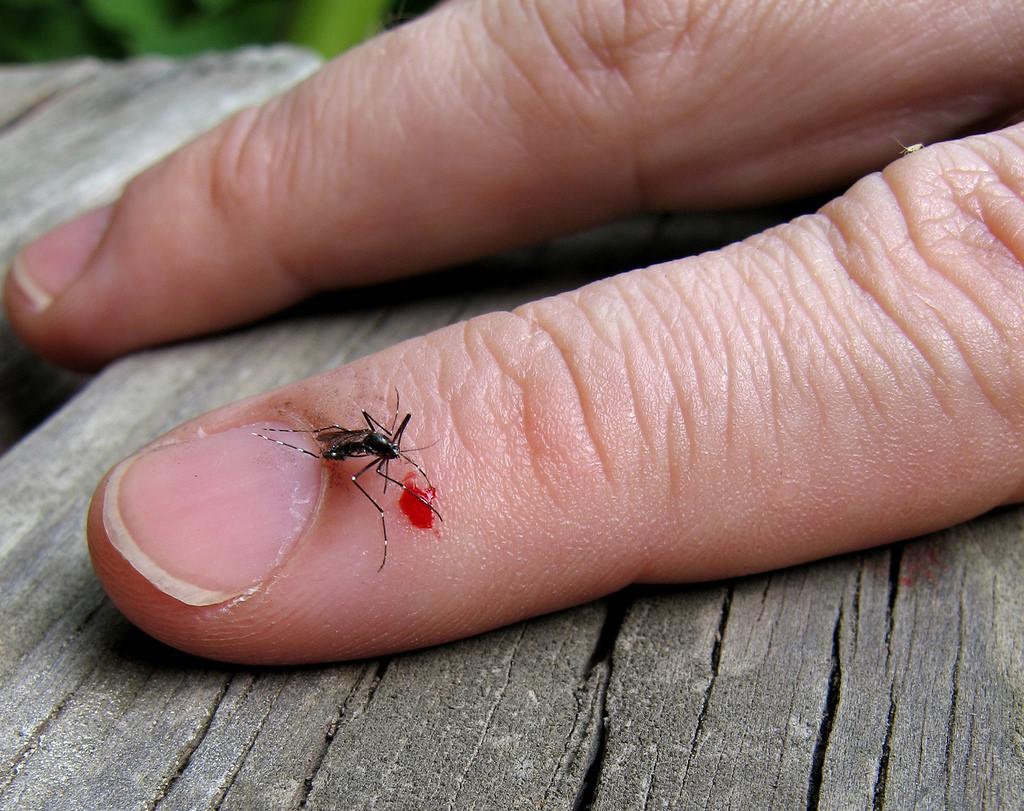 Aedes aegypti mosquito, which transmits dengue and Zika viruses, feed during the daytime when humans are out. Credit: Keith/Flicker

Astronomer Royal Dr. Martin Rees wrote in 1999: “What makes things baffling is their degree of complexity, not their sheer size… a star is simpler than an insect.”

I am a mosquito researcher who lives and works in Florida, and when I tell people what I do for a living, I get all sorts of questions. Not surprisingly, most of the questions I get from the general public have to do with blood feeding and mosquitoes' disease-transmitting abilities. And like many researchers in my field, I’ve spent a lot of time studying mosquitoes to find better ways to control or eradicate them.

Headlines about Zika, West Nile or any other mosquito-borne virus might have you looking at the mosquitoes buzzing around your backyard with some suspicion.

But did you know that many mosquito species can’t actually spread pathogens or parasites? And while no one likes getting bitten by mosquitoes, you might be surprised (and even a little fascinated) at the complex adaptions mosquitoes have developed to locate their favorite food sources. Blood meals are only for the ladies

The females of most species of mosquito are blood feeders (a practice entomologists call hematophagy), because they use proteins in blood to make yolk for their eggs. They also consume plant nectar to fuel their activities to locate blood sources and lay eggs. Male mosquitoes, on the other hand, feed only on plant nectar.

And in a few species females can produce eggs without a blood meal, using nutrients carried over from their juvenile stage to make yolk and produce eggs. This is termed autogeny.

That mosquito you swat away when you are enjoying time outside has gone through a whole lot to find you.

Some blood-feeding insects, like lice and fleas, live on or near their hosts. But mosquitoes travel to locate hosts. While some have to travel long distances, other species are adapted to live in close quarters with their preferred blood source.

In fact, that is an important reason the Aedes aegypti mosquito is so effective at transmitting dengue and Zika viruses to humans. It thrives in environments close to humans. While some mosquito species feed at night, when their preferred hosts are not active and temperatures are cooler, others, like Aedes aegypti, are able to feed during the warmer daytime when humans are out and about.

Mosquitoes locate their hosts using receptors on their antennae and mouthparts that pick up on cues that hosts emit, such as CO2 and water vapor in our breath, and chemicals in our sweat such as lactic acid, butyric acid and fatty acids.

Finding a nice spot for dinner

Once a mosquito has landed on a host, it has to find the best location to take a blood meal. Mosquitoes that prefer to feed on humans, such as Aedes aegypti, tend to seek a blood meal on our feet, ankles and legs. These areas of our bodies are accessible and can be more “aromatic.” Blood feeding may also go undetected at those locations.

Chemoreceptors (“taste buds”) located on their mouthparts and antennae help the mosquito taste the skin for certain “flavors” and let them know if a patch of skin is a good spot for a blood meal. In addition, mosquitoes have “touch” receptors on their mouthparts to signal whether they are well-positioned to penetrate skin with their stylets, which pierce the skin and suck blood.

Even then, mosquitoes may find they have to probe multiple times to search for a blood vessel. If the search is successful, feeding begins. If not, the mosquito will withdraw its stylets and attempt to feed at another site.

The host’s body will try to stop the bleeding by constricting blood vessels and coagulating the blood to form a clot. These are all hemostatic (stopping blood loss) properties.

In response, the saliva from blood-feeding mosquitoes has evolved to contain various anti-hemostatic components to keep blood flowing, like anticoagulants to keep clots from forming and vasodilators to stop vessels from constricting. The saliva also has painkilling components. This means that host animals are sometimes unaware they are being fed upon.

Mosquitoes don’t want to get infected with our germs

While enjoying a blood meal, female mosquitoes may pick up a pathogen or parasite from their host and then transmit it to other hosts during subsequent feedings. That means the mosquito is infected by that bacteria or pathogen, even if it doesn’t make the mosquito sick.

First, the lining of mosquito midgut (equivalent of stomach and small intestine) has properties that can prevent the pathogen or parasite from getting out of the gut.

If the pathogen or parasite makes it through the gut barrier, it has to make its way through the mosquito’s blood-like fluid, called hemolymph, which contains circulating immune cells, called hemocytes, which are similar to our white blood cells.

If the pathogen or parasite gets by these immune cells, it may successfully invade the mosquito salivary glands. At that point, it is far more likely to be transmitted to another host during the mosquito’s next blood feeding.

So, any pathogen and parasite that can be transmitted by a mosquito has to make it through a lot of barriers. Even though there are about 3,500 of mosquitoes worldwide, many aren’t capable of transmitting disease-causing pathogens or parasites to animals. And not all of the species that can carry pathogens actually bite humans.

So, what makes some mosquitoes vectors? The pathogens and parasites that certain mosquito species can transmit to humans, like Zika virus or dengue or the parasite that causes malaria, for instance, have evolved to tolerate or evade the numerous immune barriers in those mosquitoes. A mosquito that carries a pathogen is considered a vector if it is able to pass it on to the source of their next blood meal. A sign warns residents their neighborhood will be sprayed with pesticide by a vector control team in San Diego, California. Mike Blake/Reuters

Why we study mosquitoes

For instance, researchers may figure out the vulnerability of a particular pest and come up with tools to exploit that. Researchers who study the mating and reproductive biology of a pest may put that knowledge into use for a sterile insect program to eradicate it.

The more we know about these fascinating creatures, the better we can defend ourselves against the one that can spread infection.