Sitharaman announces PMJAY push in aspirational districts in PPP mode, but private hospitals are not interested 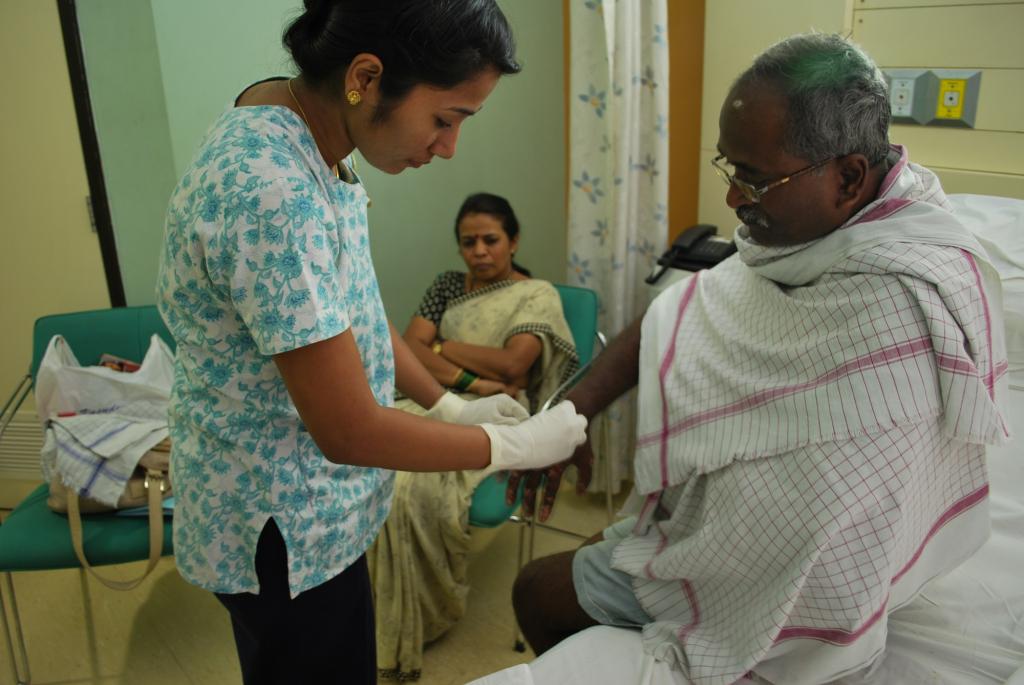 A patient at a hospital. Photo: Harsha KR / Flickr

While presenting her second Union Budget in Parliament on February 1, 2020, finance minister Nirmala Sitharaman did not announce any increase in allocation to Pradhan Mantri Jan Arogya Yojana — Ayushman Bharat (PMJAY-AB), the central government’s flagship scheme. It was Rs 6,400 crore for 2019-20, and remains so for 2020-21 as well. In fact, revised estimates were halved to Rs 3,200 crores last year.

Ayushman Bharat is an umbrella healthcare scheme that provides Rs 5 lakh insurance cover to eligible families. It also aims to create 1.5 lakh health and wellness centres by 2022. Until now, less than one-fourth such centres have been built. Budget under this head has not increased from last year’s Rs 250 crore. With only two years left to meet the target, experts wonder how the government aims to achieve the target.

K Srinath Reddy, president of non-profit Public Health Foundation of India, estimates a 10-fold increase in funds requirement from last year’s allocation if the scheme becomes fully operational. “Overall, the utilisation percentage under the scheme has remained low and there is a good amount of understanding to this effect in the government. That might have been the reason,” Shakti Selevaraj, health economist, told Down To Earth.

“States with high poverty head counts have low claim volumes. Bihar, Madhya Pradesh and Uttar Pradesh have high poverty and low utilisation. Better off Kerala has the highest number of claims in India,” the paper read. The poverty level in Nagaland is low, but the claims are high. Gujarat, with relatively low poverty, has by far the highest spending per beneficiary.

The paper clearly shows how the programme is off-track for the ones who need it the most. “In brief, both in terms of relative need for financial risk protection and improved health, PMJAY uptake among the neediest states is falling short during the first year of implementation,” the paper states.

“It is proposed to set up viability gap funding window for setting up hospitals in the public-private partnership mode. In the first phase, those aspirational districts will be covered, where presently there are no Ayushman empanelled hospitals,” she said.