Union Budget 2021-22: How good is the hike in allocation for health? 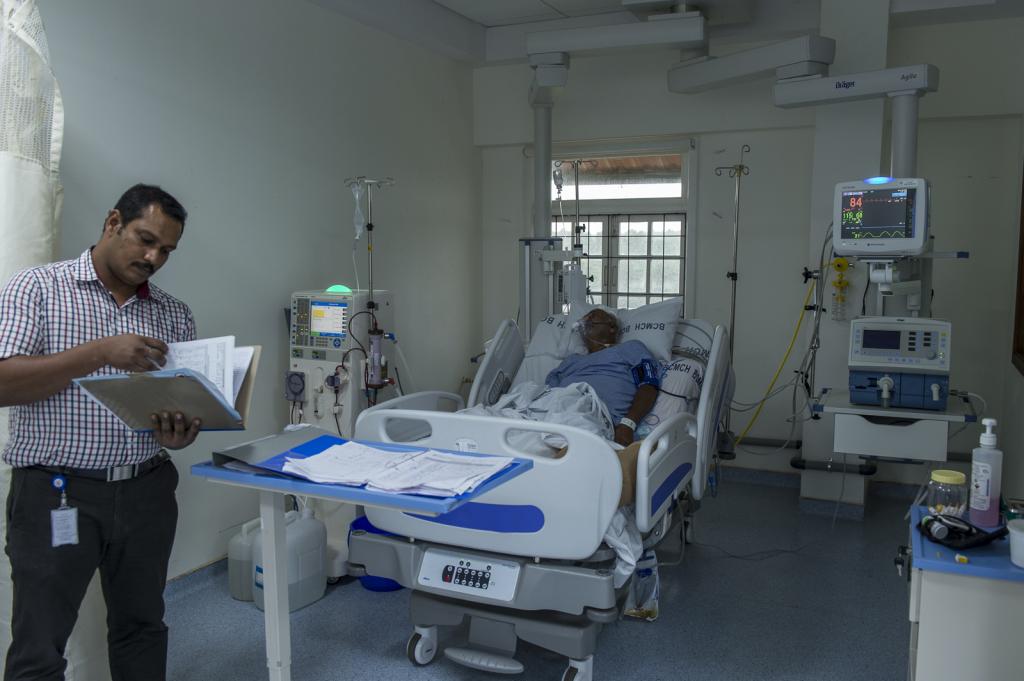 The Union Budget 2021-22 allocated Rs 71,268.77 crore to the Union Health and Family Welfare Ministry — an increase of about 10 per cent from the previous year’s budget estimates, according to Union Budget presented February 1, 2021.

The revised estimates for last year was Rs 78,866 crores. This implies the budgetary allocation to the Union health ministry came down by 9.6 per cent.

Sakthivel Selvaraj, a health economist with Public Health Foundation of India, called the allocation a wasted opportunity. “This year gave us an opportunity to be an outlier and allocate more than what had been done earlier. But it seems we wasted it.”

The National Health Policy of India, which came out in 2017, envisaged that India spend at least 2.5 per cent of its Gross Domestic Product (GDP) on health sector by 2025. “A 10 per cent hike, that too during the novel coronavirus disease (COVID-19) pandemic, will not take us anywhere close to that goal,” Selvaraj said.

A high-level expert group formed by the Planning Commission in 2012 had suggested that India should achieve this target by 2020.

India spent 1.8 per cent of its GDP on health in 2020-21; it was 1-1.5 per cent in the previous years. This is among the lowest any government spends on health in the world. As a result, India is among the 10 top nations with the highest out-pocket-expenditure (OOPE).

An increase in public health expenditure from the current levels in India to three per cent of GDP can bring the OOPE down to about 30 per cent from 60 per cent, according to the Economic Survey 2021.

“India was ranked 145th out of 180 countries (Global Burden of Disease Study 2016) on the quality and access of healthcare. Only few sub-Saharan countries, some pacific islands, Nepal and Pakistan were ranked below India,” the Economic Survey said.

Sitharaman accepted in her speech that a high OOPE was worrying. She added that the budget estimates for expenditure on health and wellbeing increased by 137 per cent this year as compared to last year. She pointed to the annexure for details; what Down to Earth found, however, found was slightly different. 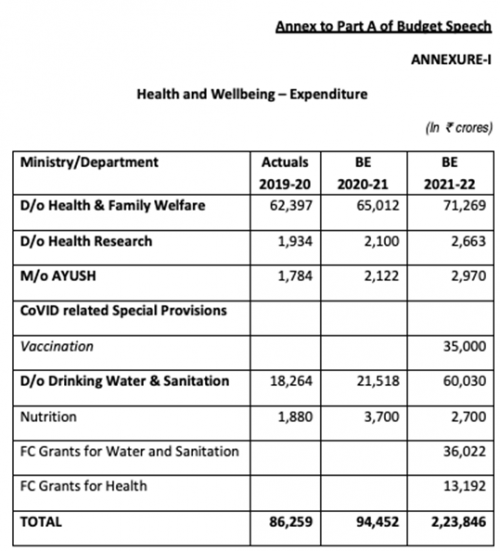 The 137 per cent hike was calculated by taking into account funds allocation to the Union Ministry of Ayush, department of health research, nutrition, vaccination, finance commission grants to states for water-sanitation and health as well.

Sitharaman also announced PM AtmaNirbhar Swasth Bharat Yojana with an outlay of about Rs 64,180 crores to be released over six years.

“But there is no budget allocation in the document this year. How can a  scheme be launched like that,” asked Indranil Mukhopadhyay, a health economist at OP Jindal School of Public and Government Policy.

The allocation to PMJAY, which covers Ayushman Bharat and health and wellness centres, was worth Rs 6,400 crore. This was the same as in the last year’s budget; but double according to revised estimates. For the last few years, the budget estimates for the scheme have remained the same while the revised estimates were half.

Telemedicne got a big thumbs-up in this year’s Economic Survey owing to online consultations in the wake of COVID-19 pandemic.  However, the allocation to it remained stagnant at Rs 45 crore this year as well.

While the budget allocated to Indian Council of Medical Research (under the department of health research) went up this year, the department’s budget came down compared to last year's revised estimates.

The Union Ministry of Ayurveda, Yoga and Naturopathy, Unani, Siddha and Homoeopathy (AYUSH) got a 40 per cent more than last year. All India Institute of Ayurveda was allocated Rs 313.80 crore (revised estimates) last year as against the budget estimates of 76.50 crore. It went up to Rs 348.87 crore this year.