Many people don’t even know what these vaping devices contain 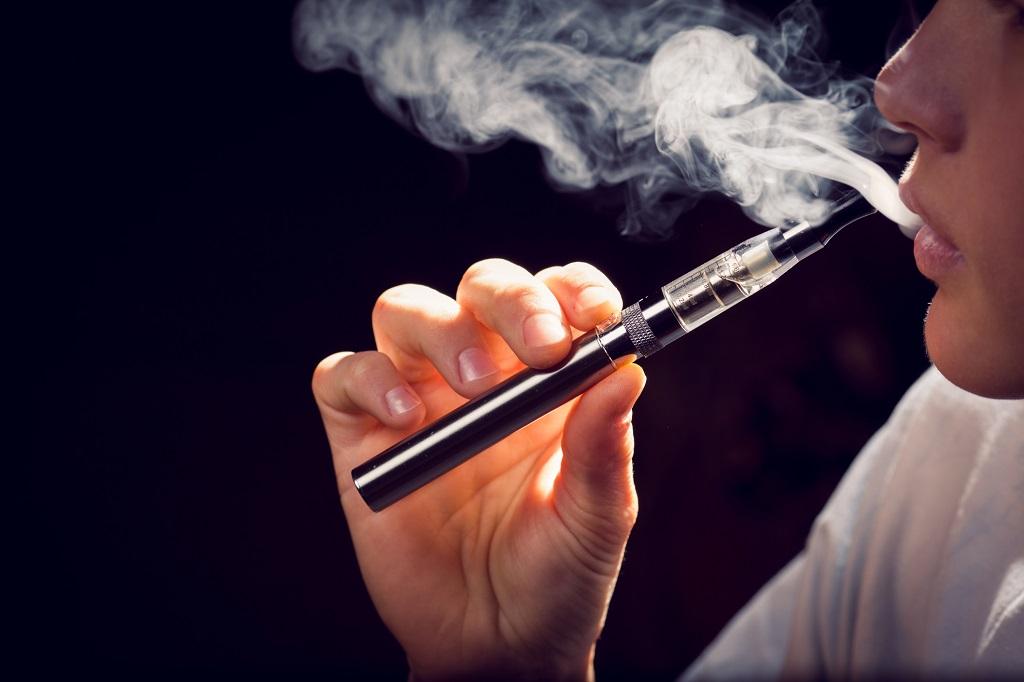 Vaping describes the process of inhaling aerosols generated by devices such as e-cigarettes. Photo: Getty Images

The rise in cases of otherwise healthy young adults who have been hospitalized or even died from vaping-associated lung injury is alarming.

Many people don’t know what is contained in these vaping devices, what the reported health effects actually mean, and, most importantly, why all of this developed so quickly, considering that e-cigarettes have only been popular for fewer than 10 years.

Vaping describes the process of inhaling aerosols generated by devices such as e-cigarettes.

As an inhalation toxicologist, I study how inhaled chemicals, particles and other agents affect human health. Since e-cigarettes were introduced, I have been concerned about how the scientific community could possibly know the full spectrum of their dangers. After all, it took decades for epidemiologists to discover that regularly inhaling the smoke from burning plant material, tobacco, caused lung cancer. Why would the scientific community be so quick to assume e-cigarettes would not have hidden dangers that might take years to manifest too?

Do e-cigarettes even work as a cessation tool?

Many smokers have reported that switching from cigarettes to e-cigarettes has helped their physical well-being, including reduced coughing.

But a few randomized clinical trials examining the use of e-cigarettes as a cessation tool have shown mixed results. While some trials demonstrate a significant increase in cessation success (from 9.9% to 18%), people using e-cigarettes were much more likely to remain dependent on nicotine as compared to those randomized for more traditional nicotine replacement products, such as nicotine patch, gum and nasal spray. Or, they were more likely to relapse to using cigarettes.

In short, whether, how, and to what extent e-cigarettes have potential as a cessation tool is not yet settled, especially considering that more than 80% of smokers randomized to use e-cigarettes continued to smoke after the cessation trial.

Safer than a spitting cobra

Cessation claims aside, the messaging of e-cigarettes as a “safer” alternative may have led many of the 3.6 million teenagers in the U.S. who use e-cigarettes today to believe these devices are “safe.” “Safer” does not equal “safe,” and the messaging of “safer” was based on comparisons to cigarettes.

Public Health England, the equivalent of the FDA in the U.K., stated in 2015 that “while vaping may not be 100% safe, most of the chemicals causing smoking-related disease are absent and the chemicals that are present pose limited danger.”

This statement did not consider the fact that health effects of inhaling flavoring chemicals contained in popular e-cigarettes are completely unknown, or that heating liquids in these devices causes thermal decomposition of those e-cigarette chemicals that “pose limited danger” into known toxicants. It also did not consider that e-cigarettes are a fast evolving consumer product with ever-changing devices and chemicals, creating mixtures and exposures of unknown health consequences.

This mistake was further advanced by assessing the adverse health effects caused by using e-cigarettes as a comparison to what occurs when someone smokes cigarettes for several years. It is well established that smoking cigarettes causes diseases such as chronic obstructive pulmonary disease, chronic bronchitis, emphysema and cancer. Many of these diseases do not manifest clinically until many years after the first cigarette has been smoked.

No controlled studies were ever conducted assessing whether using e-cigarettes causes any adverse health effects in people who never smoke. To this day, scientists do not know the potential long-term health consequences of using e-cigarettes for decades.

I think that scientists and policymakers should completely stop comparing vaping outcomes to smoking outcomes. The now 450-plus confirmed cases of vaping-associated lung injuries prove this point. The clinical manifestations in these patients are not something a doctor would ever see in somebody who has been smoking cigarettes for a few months.

Similarly, these clinical outcomes have not been reported in marijuana users, even though THC, the psychoactive ingredient in marijuana, has now been associated with a large percentage of these cases.

Furthermore, the onset of these significant health problems is much faster than one would anticipate from smoking-related diseases. Since doctors are seeing severe diseases after relatively short exposures, does that make vaping more harmful than cigarettes?

A lot of attention is now being placed on identifying the potential “culprit” for the observed health effects in the more than 450 cases of vaping-induced lung injury. Additives contained in THC liquids have emerged as a potential cause.

However, not all cases identified by the CDC have a documented history of vaping THC, and some have only reported a history of using nicotine products. Furthermore, case reports of vaping-associated lung injury with symptoms similar to those reported by the Centers for Disease Control and Prevention but no history of THC use have been documented before, suggesting that vaping-associated lung injury has been detected before this recent rise in reported cases.

In addition, other vaping-associated clinical outcomes have been reported as well, indicating that vaping-induced adverse health effects can vary. Hence, it is premature to draw any conclusions regarding which compounds – and there are likely several – inhaled by vaping nicotine or THC containing products are causing specific types of lung injury.

While it is too early to say whether or to what extent e-cigarettes can be used to support smoking cessation, one conclusion can already be drawn: Vaping is not without health effects.

[ Expertise in your inbox. Sign up for The Conversation’s newsletter and get a digest of academic takes on today’s news, every day. ]

Ilona Jaspers, Professor of pediatrics, microbiology and immunology, and environmental sciences and engineering, University of North Carolina at Chapel Hill