What elephants teach us about cancer prevention

Elephants naturally avoid cancer after 55 million years of evolution. Scientists are studying if they can extract lessons that could help people 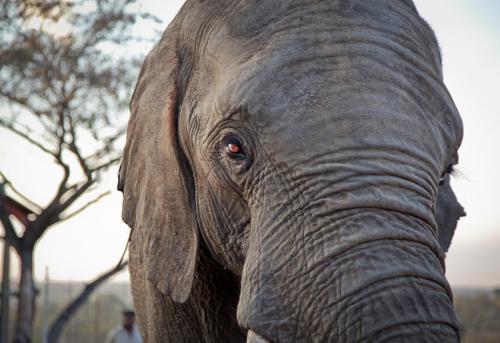 Every time a cell divides, there is a chance for a mutation (mistake) to occur in the DNA - the substance that carries genetic information in all living organisms. These mutations can lead to cancer.

If all cells have a similar chance of developing cancer-causing mutations, then very large and long-lived animals with more cells undergoing more cell divisions should develop cancer at a higher rate than smaller, short-lived animals with fewer cells dividing over less time.

But in 1977, Sir Richard Peto noted that humans develop cancer at a rate similar to mice. This is despite having 1,000 times as many cells and living 30 times as long. Another example of this phenomenon can be found in elephants. They are 100 times larger than people and can live 60 to 70 years, and yet, their cancer rates are exceedingly low.

Peto proposed that evolutionary considerations might explain the differences in per-cell cancer incidence across species. When comparing cancer rates in mice and men, he proposed that as humans evolved to grow larger and live longer throughout evolutionary history – with more human cells dividing over a longer period of time – that they also evolved to resist cancer. This surprising cancer resistance found in larger, long-lived animals, like elephants, has become known as Peto’s Paradox.

Elephants have had 55 million years of development to figure out how to resist cancer, and we hope that we can one day apply these lessons to develop effective treatments for cancer.

Our team looked at the genome of the African elephant for changes in oncogenes and tumour suppressor genes. Oncogenes can cause cells to grow out of control while tumour suppressor genes slow down cell division. These are the two main types of genes that play a role in cancer and could help explain potential mechanisms of cancer resistance in elephants.

Our analysis revealed the shocking discovery that elephants express many extra genes derived from the critical tumour suppressor gene TP53.

TP53 is called the “Guardian of the Genome” due to its ability to protect cells from accumulating cancer causing mutations. The TP53 gene responds to DNA damage, or pre-cancer, by stopping the cell from dividing until the DNA can be repaired. If the cell cannot fix the DNA, then TP53 causes the cell to die through a process called apoptosis. Sacrificing damaged cells prevents the propagation of cells with mutations that could lead to cancer.

People with Li-Fraumeni Syndrome have a mutation in one copy of their TP53 genes, with more than 90% lifetime risk to develop cancer. This high rate of cancer associated with TP53 dysfunction illustrates the critical role that TP53 plays in protecting us from cancer.

Our lab at the University of Utah studies the broken DNA damage response in people with Li-Fraumeni Syndrome who are missing their TP53 genes and have a very high rate of cancer.

When we learned that elephants were naturally cancer resistant and also had 20 times as much TP53 as humans (40 gene copies total in elephants vs. 2 gene copies in healthy humans), we teamed up with Dr. Carlo Maley, an evolutionary and cancer biologist who helped to make the initial discovery about extra elephant TP53.

We used our clinical and research experience from studying patients with Li-Fraumeni Syndrome to try to understand if elephant TP53 could be playing a role in protecting elephants from cancer. Because we already were measuring TP53 function in people with and without Li-Fraumeni Syndrome, we could use the same laboratory tests to measure how elephant cells responded to DNA damage.

To perform these experiments, we collaborated closely with Utah’s Hogle Zoo (who have African elephants) as well as Ringling Bros. and Barnum Bailey Circus (who have Asian elephants). Both groups routinely draw blood from their elephants to monitor their health, and we received approval to study the blood when it was drawn for these routine elephant health screening procedures.

The blood was sent to our lab where the white blood cells, called lymphocytes, were exposed to ionising radiation to induce DNA breakage. We monitored how quickly broken DNA was repaired in the African and Asian elephant lymphocytes compared to human lymphocytes.

We next undertook rigorous experiments to compare the percent of elephant cells vs. human cells vs. Li-Fraumeni Syndrome cells that died from DNA damage, or pre-cancer.

We discovered that the amount of apoptosis correlated with the number of TP53 genes and that this followed the same pattern of lifetime cancer risk – elephants (~5%), humans (~50%), patients with LFS (~90%). This makes sense because more TP53 makes the cell more effective at removing pre-cancer cells that could go on to form cancer.

Learning from elephants to help people

We showed that elephant TP53 helps elephants to more quickly remove pre-cancerous cells with DNA damage and that this possibly contributes to elephant cancer resistance.

Now, we are focusing our research efforts to better understand the specific mechanism of how elephant TP53 works. The ultimate goal of our laboratory work is to help patients who already have cancer, and maybe even those people who could be at risk for cancer in the future.

We want to see if we can translate this fascinating discovery into an effective treatment for cancer, or maybe even potentially as a cancer prevention strategy. In the end, we are working to create a world with more elephants and less cancer.