What has been the impact of long Covid on the global workforce: US, UK data offers some clues 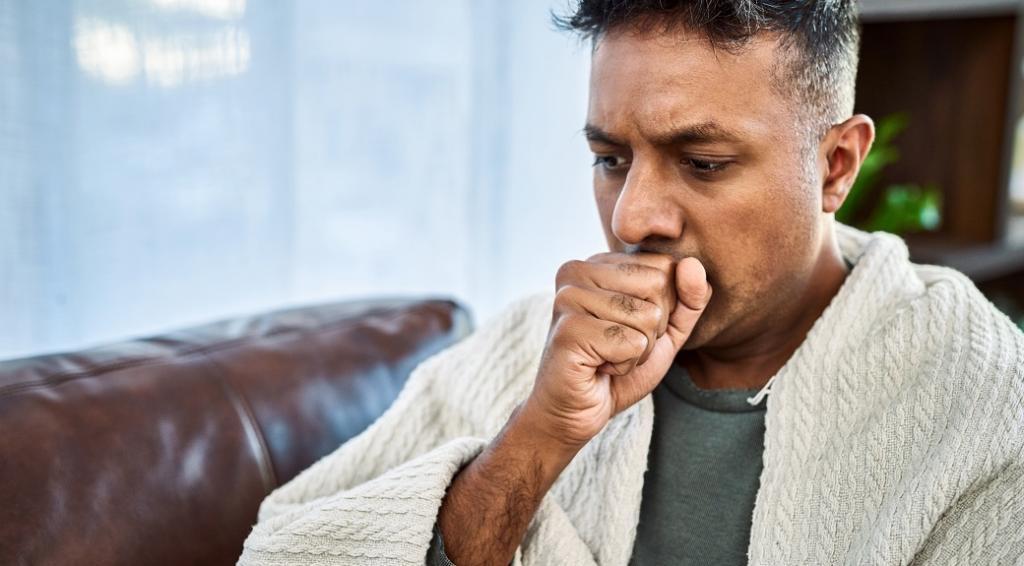 The COVID-19 pandemic killed millions and infected thousands more. Many of those who survived the disease, have had to deal with prolonged infection, known commonly as ‘long Covid’. The impact of long Covid on the global workforce is not known yet though data from the United Kingdom and United States (US) has offered some clues.

“So far, the scale of the problem globally is unknown: very few countries collect data on the incidence of long Covid and employers are not always aware of cases among their staff, who often struggle to get a diagnosis, or are reluctant to disclose their condition for fear it will affect their position,” a recent report in the UK daily Financial Times, said.

“It doesn’t matter whether you drive a truck, you work the cash register at McDonald’s or you run a Fortune 500 company. You can’t go back to any of those jobs with cognitive dysfunction,” Diana Berrent, founder of Survivor Corps, a long Covid support group in the US, was quoted as saying in the same report.

Two cases were recently presented in a debate in the House of Commons — Long Covid: Impact on the Workforce — on March 31, 2022 by Layla Moran, a member of Parliament for Oxford West and Abingdon since 2017.

The two cases underlined the impact long Covid may have on the workforce. The first case was of a fitness instructor who used to conduct 14 high-intensity classes per week and run her own business before the COVID-19 pandemic.

She contracted the virus and recovered somewhat. But she continues to suffer from Post-Acute Sequelae of COVID-19, more commonly called long Covid. She now spends more than half her time in bed and thus has been unable to return to work.

The second case was of a head teacher who received several warnings for his poor performance at work after suffering from the virus. He resigned from his post, a career he had committed to for almost three decades to “focus on coming to terms with my illness rather than continuing to face dismissal.”

Figures from the Bank of England have also confirmed the impact of long Covid on the workforce. 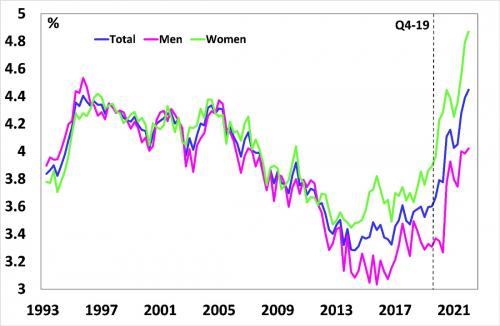 Source: ONS and Bank of England

Michael Saunders, a member of the Bank of England’s Monetary Policy Committee, shared data May 9. It showed that the UK workforce shrunk by 440,000 people since the fourth quarter of 2019 (Q4-19).

“The share of the 16-64 population who are outside the workforce and do not want a job because of long-term sickness is a record high, with an especially sharp rise among women. I suspect much of this rise in inactivity due to long-term sickness reflects side effects of the pandemic, for example long Covid,” Saunders noted.

Brookings, a leading US think tank, also noted the impact of long Covid on the country’s workforce.

“Some 31 million long Covid patients stayed sick for an average of three months. That means that about 4.5 million may have been sick at any given time over the past 20 months,” a January 2022 Brookings analysis stated.

The analysis estimated that long Covid could be responsible for some 15 per cent of the 10.6 million unfilled jobs in the country.

The World Health Organization (WHO), citing current research, has estimated that 10-20 per cent of all COVID-19 patients worldwide go on to deal with fatigue, breathlessness and cognitive dysfunction.

However, the impact on the global workforce remains an under-explored area of understanding. It remains to be seen how employers tackle this problem. Classifying long Covid as either an occupational disease or a disability is an option being considered by some governments, but even then, the extent of it is unclear.