WHO issues guidelines to prevent child and maternal deaths

Every year, 2.6 million children are stillborn and 303,000 births result in mother’s death 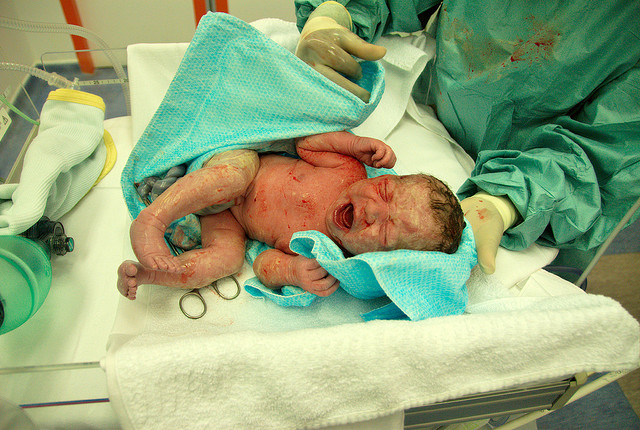 The World Health Organization (WHO) has released a set of guidelines to tackle the major causes of maternal and newborn complications and deaths.

Titled “Safe Childbirth Checklist and Implementation Guide”, the document states that majority of the maternal and newborn deaths occur around the time of birth, typically within the first 24 hours after childbirth. It adds that most of these deaths are preventable. The major causes of these deaths are post-partum haemorrhage, infection, obstructed labour, preeclampsia and birth asphyxia.

More than 130 million babies are born each year. Of these, 2.6 million are stillborn while an estimated 303,000 result in the mother’s death, WHO said. Another 2.7 million newborn deaths take place within the first 28 days of birth. According to the international health agency, majority of these deaths occur in low-resource settings, often without skilled birth attendants.

A guide to safe childbirth

The checklist compiles the existing WHO guidelines and recommendations into a single tool aimed at improving adherence to healthy practices. It is developed and tested in partnership with Ariadne Labs, a joint centre of Brigham and Women’s Hospital and the Harvard T H Chan School of Public Health and supported by the Bill & Melinda Gates Foundation.

It identifies four pause points­­­­ – each corresponding to a specific period in a health worker’s normal flow of work. These include ­­­­– when the mother is admitted, just before pushing (or before Caesarean section), within one hour after birth and before the mother and newborn are discharged.

The checklist was first piloted for usability in nine countries in Africa and Asia. Subsequently, it was field-tested in Karnataka. According to WHO, after introduction of the checklist in the state, adherence to recommended practices increased to an average of 25 out of 29 from an average of ten, previously.

Further, WHO launched the Safe Childbirth Checklist Collaboration to explore the viability and practical use of this tool in diverse settings around the world. From 2012 to 2015, 34 groups from 29 countries registered and participated in the collaboration. The lessons and experiences from the projects were used in the development of the implementation guide.

Currently, a randomised controlled trial called BetterBirth is being conducted in more than 100 hospitals in Uttar Pradesh. Its objective is to measure the impact of checklist-based intervention on maternal, foetal and newborn survival. The trial­­­­­ – to be concluded in 2017 ­­­­– will also check the impact of this tool on severe maternal harm.

WHO is developing the French and Spanish editions of the checklist and the implementation guide, which will be followed by other language editions.