Africa has largely been ignored when it comes to official global air quality programmes. Yet low-income countries like many of those in Africa are particularly affected by air pollution 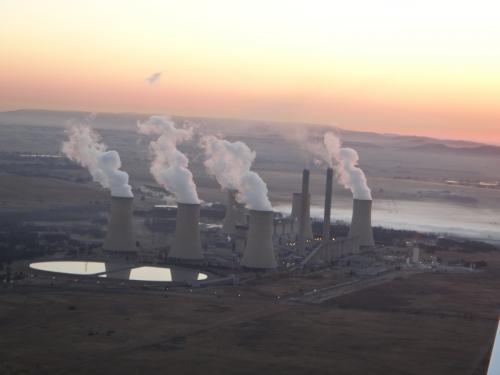 Two years ago the World Health Organization (WHO) identified air pollution as the world’s worst environmental health risk. It estimated that more than seven million people die prematurely due to air pollution every year. That is a staggering one in every eight deaths globally.

More than half of these deaths are as a result of household air pollution, almost all of which occurs in low- and middle-income countries. Africa has the highest number of these deaths after South East Asia and the Western Pacific. This is driven, in part, by the large percentage of the population using domestic solid fuel. Sub-Saharan African countries are estimated to have among the highest rates of deaths related to indoor air pollution from domestic fuel use.

Yet the WHO has not put in place an air quality programme for its sub-Saharan Africa region, even though these exist for other regions. The programmes include reviewing evidence on the health effects of air pollution, developing methods to quantify health risks and helping countries develop sustainable air quality policies.

It is not clear why there is no WHO air quality programme in sub-Saharan Africa. A possible explanation may be that environmental health risk factors have always been overshadowed by other risk factors like malnutrition, HIV, TB and malaria.

The 2016 update of the WHO Global Urban Ambient Air Pollution Database notes that people living in cities in low-income countries suffer the most from air pollution.

Onitsha, in Nigeria, has the highest calculated annual mean of PM10. PM10 are very small particles in the air and are so small that they can get into the lungs, potentially causing serious health problems. The country has a PM10 level of 594 micrograms per cubic metre, nearly 30 times higher than the WHO guideline of 20 micrograms per cubic metre. Although the calculation is based on limited data, there is no doubt that Nigeria has a serious problem.

Many areas of South Africa also have high levels of pollution. Particulate matter concentrations have been found to be up to 140% higher in township sites than in industrial sites. The average maximum PM10 value in these township sites on winter evenings is 200 micrograms per cubic metre.

A study conducted in Cape Town found that people faced a much higher risk of dying from heart and lung diseases than those living in developed countries. Outdoor air pollution levels in Cape Town are on average very similar to those of major European cities. The South African population may be more vulnerable due to high poverty and high rates of existing diseases such as HIV, TB, lung and heart disease.

Soon after the WHO released its report in 2014 the United Nations Environment Programme (UNEP) adopted a resolution to promote air quality. This urged leaders to take action to improve air quality with the support of the United Nations body. It also developed an implementation plan that included activities focused on:

In May 2016, a progress report was tabled at UNEP’s headquarters in Nairobi in which Africa was almost entirely absent.

As concerned air quality experts and epidemiologists, the questions we are trying to answer are: why? And what action can be taken to address this?

There is a major lack of information on air quality in Africa. The WHO Global Urban Ambient Air Pollution Database contained only ten of the 47 countries in its sub-Saharan African region. Even for those included in the database, most only had data from 2012 or earlier.

Without continuous air quality monitoring, it is impossible to understand how large a risk air pollution poses in Africa. Without being able to quantify the risk, it is difficult to mobilise resources to deal with the problem.

Without resources it is difficult to develop and maintain air quality stations that can monitor air pollution. These can be used to quantify the risks that air pollution poses to human health, agriculture, ecosystems and infrastructure. Being able to measure air pollution is critical.

The 2014 UNEP implementation plan focused on creating awareness. It encouraged governments to set air quality standards and make air quality data globally more freely available and understandable to the public. A lack of data makes informing the public tougher but governments shouldn’t let this deter them.

Tobacco smoking also emits air pollution, so similar health warnings and ways to reduce exposure can be used for other air pollution sources. A basic level of understanding is a strong starting point.

For example, there is an international movement towards low-cost sensors, which may provide a great opportunity to expand monitoring networks. An affordable air quality monitoring unit developed by UNEP may help overcome the lack of monitoring on the continent.

But to ensure reliable and accurate measurements, financial support and capacity is needed to maintain these devices, as is more traditional monitoring equipment.

It is critical that air quality data collected are available through data agreements to the public – from researchers to the media – so this data can be analysed and published to communicate the impact of air quality.

Tackling the problem will also need collaboration across academic disciplines, and global, regional and national governmental departments. The WHO and UNEP regional offices also need to be involved.

Formal collaborative efforts that bring together scientists from across Africa are also needed.

This is beginning to happen. A multidisciplinary initiative has resulted in a special interest group on climate, energy and health being formed in South Africa under the umbrella of the Public Health Association of South Africa.

Ensuring all players work together towards more visibility, collaboration and support for air quality in Africa is crucial.