As the number of elderly exceeds that of children under 5 years, health systems will need to learn how to address the changing age profile of the population 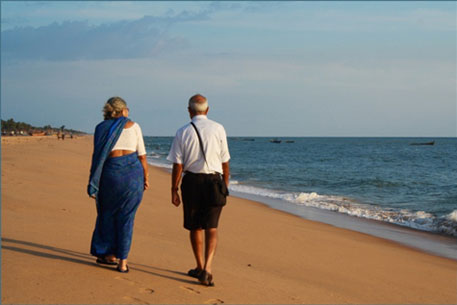 A five-part series on the health of the elderly, published in The Lancet, emphasises the immediate need for effective strategies to address health problems faced by an ageing world population.

Worldwide, life expectancy of older people is rising. By 2020, for the first time in history, the number of people aged 60 years and older will outnumber children younger than 5 years.

The series, released by the World Health Organization (WHO) on Thursday, showed that the growing burden of chronic disease will greatly affect the quality of life of older people and is poised to become a major global public health challenge, especially for low- and middle-income countries.

By 2050, the world’s population aged 60 years and older is expected to touch 2 billion, up from 841 million today. Eighty per cent of them will be living in low- and middle-income countries.

Longevity among the old has increased in high-income countries, primarily due to a decline in deaths from cardiovascular diseases. This happened mainly because of simple and cost-effective strategies to reduce tobacco use and high blood pressure, apart from improvement in general healthcare.

Even though people are living longer, they are not leading a healthy life. Nearly a quarter (23 per cent) of the overall global burden of death and illness is upon people aged over 60. Much of this burden is attributable to long-term illness caused by diseases such as cancer, chronic respiratory diseases, heart disease, musculoskeletal diseases (such as arthritis and osteoporosis), and mental and neurological disorders.

Latest estimates indicate that the number of people with dementia is expected to rise from 44 million to 135 million by 2050.

Highlighting the need for region-specific reforms in health systems, Ties Boerma, director of the department of health statistics and informatics at WHO and co-leader of the series, said, “While some interventions will be universally applicable, it will be important that countries monitor the health and functioning of their ageing populations to understand health trends and design programmes that meet the specific needs identified.”

Major requirements listed include changing policies to encourage older adults to remain part of the workforce longer, emphasising low-cost disease prevention and early detection rather than treatment, making better use of technology, and training healthcare staff in the management of multiple chronic conditions.