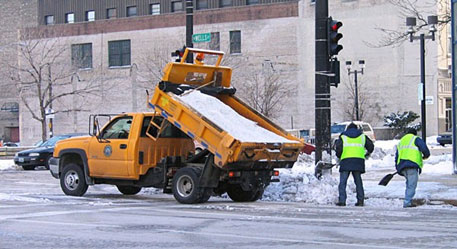 Those living in places that receive loads of snow and ice have probably seen city maintenance departments scattering salt on the road to melt the ice.

While this salt helps people to get rid of unwanted ice, very little is known about how this road salt affects the organisms in the neighbourhood. An investigation was carried out by researchers at University of Minnesota and University of Nevada, and they came across interesting outcomes in relation to the influence of road salt on the development of butterflies.

Sodium is essential for survival. It drives the way the organism searches for food. Also, the amount of sodium in the animal's diet affects the development of the brain and muscle tissue. This makes it important that the amount to which the organism is exposed to is regulated.

To study the alteration caused by varying sodium levels, butterflies were used. The team began by documenting the effects of roadside salt run-off on sodium availability in butterfly's host plants. The testing comprised of two rearing experiments, one being roadside collected and control host plants and the other using controlled artificial diet manipulation.

The team found that plants near the road had higher sodium levels than the plants collected from the control site, a hundred metres away. Significant difference was seen between the sites for milkweed and oak species but not the grass and mustard.

The survival rates of the monarch caterpillars were substantially lower on the leaves of plants growing near the road than on the leaves collected from a distance. In adults, an increase in the thoracic muscle of the males was seen on leaves taken from plants growing near the road. Females reared on roadside milkweed had larger eyes than those fed milkweed collected at a distance from the road. Nevertheless, elevated sodium levels were seen in their abdomens regardless of sex. 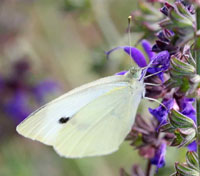 The study was published in the June 9 edition of the Proceedings of the National Academy of Sciences.

It is not very clear whether the salt is having a net positive or negative effect at the population level says  Emilie C Snell-Rood, the lead author of the paper from Department of Ecology, Evolution and Behaviour at the University of Minnesota. She also added that from other butterfly and moth studies it is known that males donate sodium to females when they mate and females deposit some sodium in their eggs; it is speculated that slightly higher sodium could lead to higher fitness, which needs to be addressed in future studies.

Other insects, herbivores may also be affected

Moreover, she said that the effect is not restricted to butterflies and that any herbivore that feeds on plants along the side of the road has the potential to be affected. This includes all animals from deer to mice to insects. A species that moves around less like immature insects, would likely be more affected as far as development is concerned.