Stoppage of funds by the Union government since 2014-15 for the implementation of the Scheduled Tribes and Other Traditional Forest Dwellers (Recognition of Forest Rights) Act, 2006 (FRA) and low levels of claims made the Mizoram government revoke the law, Down to Earth has found.

Under Article 371 (G) of the Constitution, Mizoram has a special provision which makes it mandatory for all legislations of Parliament pertaining to land ownership and transfer to be first passed by the state’s assembly through a resolution before it can be implemented in the state.

Mizoram had passed a resolution implementing the Act on October 29, 2009. The Act has been applicable in the state since December 21, 2009.

The state’s assembly passed a resolution on November 19, revoking the implementation of the Act in the state.

“Two facilitators were engaged on a contractual basis since 2011-12 for sensitisation and awareness of the Act. However, their engagement was terminated from 2016-17 due to nil receipts of claims and stoppage of funds by the government of India since 2014-15,” the copy of the resolution said.

Under the Tribal Sub Plan — a budgetary mechanism for transferring funds for the socio-economic benefit of tribal committees — there is a component for the implementation of FRA. Under this component, the Union Ministry of Tribal Affairs (MoTA) gives states money for the implementation of the Act, after deliberating on the state’s proposal for grants in the Project Appraisal Committee meeting. 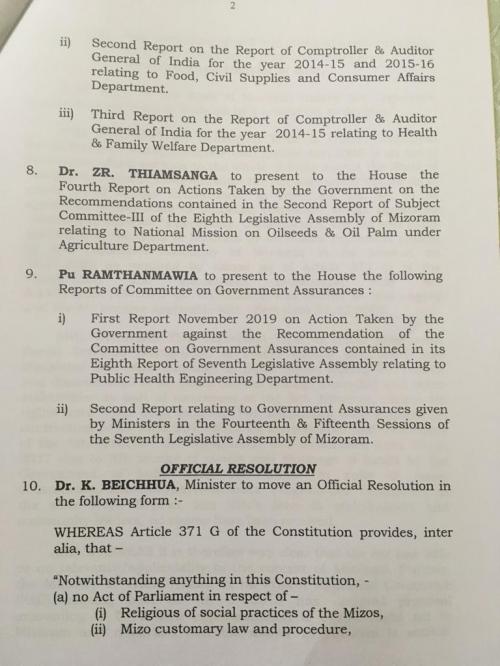 The resolution says that MoTA, in its Project Appraisal Committee meeting held on April 8, 2015, declined the state’s proposal for Rs 10 lakh for the implementation of the Act in the state, following which the state never got funds for the same from the Centre.

“The ministry never rejects proposals for FRA implementation. Sometimes, when the proposal only involves sensitisation and awareness, it might be the case. But then, the refusal to give money doesn't mean that the state should go ahead and revoke the entire Act,” a MoTA official told Down to Earth on condition of anonymity. 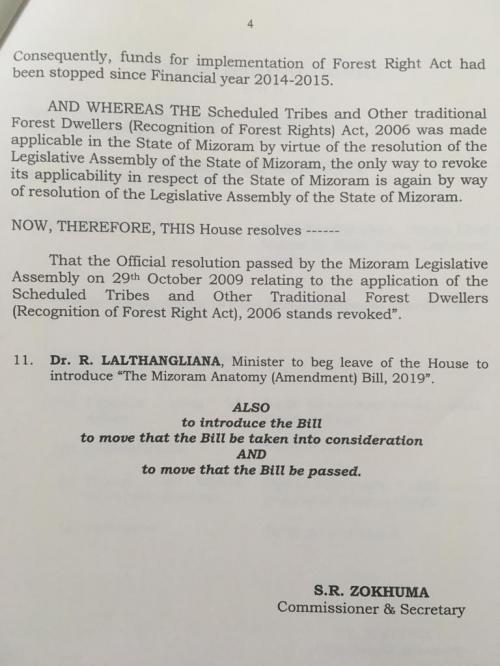 The area of unclassed forest is lowest in Mizoram, among all North Eastern states. This also means that the potential for FRA implementation is also the highest in the state.