The strong case against endosulfan just got stronger. Environmental Health Perspectives, a peer-reviewed scientific journal of international repute, has published the Ahmedabad-based National Institute of Occupational Health's damning research on the organochlorine pesticide in its December 2003 issue. Not only does this vindicate nioh, fresh doubts have also been cast on the integrity of the expert committee that had trashed the same study and pronounced endosulfan 'not guilty' in March this year 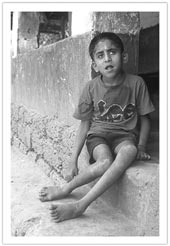 the strong case against endosulfan just got stronger. Environmental Health Perspectives (ehp), a peer-reviewed scientific journal of international repute, has published the Ahmedabad-based National Institute of Occupational Health's (nioh) damning research on the organochlorine pesticide in its December 2003 issue. Not only does this vindicate nioh, fresh doubts have also been cast on the integrity of the expert committee that had trashed the same study and pronounced endosulfan 'not guilty' in March this year.

It may be recalled that nioh had clearly held endosulfan responsible for the crippling illnesses afflicting the people of Padre village in Kerala's Kasaragod district. According to the institute's reports, male schoolchildren exposed to endosulfan also showed delayed sexual maturity as the pesticide was found to interfere with hormone synthesis.

ehp's science editor, Jim Burkhart, has reportedly observed: "This is the first human study to measure the effects of endosulfan on the male reproductive system. Decades of spraying this, and only this, pesticide in the village provided a unique opportunity to analyse its impact. ...The results are quite compelling."

The nioh study covered 619 schoolchildren of Padre (the exposed group). To draw a comparison, 416 children from two schools of neighbouring Miyapavadu (control group) were also selected. The research assumes importance because it could analyse the impact of endosulfan in isolation. "Environmental exposure to a single chemical over a long period...is very rare. We came across a situation where endosulfan was the only pesticide that had been sprayed.... (Consequently) the population living in the valley had a significant chance of exposure..." states the study.

nioh director H N Saiyed, who headed the research team and was also a member of the expert panel, feels that the study stands validated. " ehp's contents are vetted and cleared by international panellists. Hence there remains no room for doubt as regards the authenticity of nioh's report," asserts Saiyed. ehp is brought out by the National Institute of Environmental Health Sciences, which comes under the us department of health and human services.

It was in February 2001 that Down To Earth brought Kerala's endosulfan tragedy into focus. A few months later, nioh was asked to look into the problem. The final report was handed over on July 24, 2002. Apart from nioh scientists, the team included experts from the Kasturba Medical College, Mangalore, and Regional Occupational Heath Research Centre, Bangalore.

In its preliminary study, nioh found endosulfan residues in the blood samples of children. "(These) were significantly higher in the exposed group than in the control group even 10 months after the last aerial spray," mentions the ehp paper. This implies that low-level exposure continued to occur probably by translocation from the hilltops to the valley. According to the article, the Regional Remote Sensing Service Centre (rrssc), Bangalore, supports the theory. After analysing satellite images of the study area, rrssc observed: "The watershed characteristics are favourable for any aerially sprayed toxicant to reach the soil-water-plant continuum in a very short span, and get accumulated."

Curiously, the very research that ehp has thought fit to print was severely criticised by a section of the Indian scientific community. In fact, the expert committee -- set up by the Central Insecticides Board to probe the endosulfan matter -- had rejected the report outright (see: 'Dubiously acquitted', Down To Earth, April 30, 2003).

Panel head O P Dubey, who is the assistant director general of the Indian Council of Agricultural Research, had then claimed: "The nioh study is incorrect and has several problems." The Dubey committee's report stated: "The findings...are not in conformity with the known and accepted properties...of endosulfan.... Therefore, the conclusions drawn by nioh cannot be used to guide our...recommendations."

Members of the panel disclose that Saiyed had defended the study and refused to sign on the final recommendations. Despite this the Union government accepted the report. C R Hazra, the then agriculture commissioner, had tried to explain away the controversial move saying: "There are bound to be dissenting voices in such committees." The present agriculture commissioner, C D Mayee, says that he is not aware of the case details, but has promised to pursue the matter. Despite repeated attempts, Dubey could not be contacted.

Now that a prestigious journal like ehp has endorsed nioh's findings, it is hoped that attempts by vested interests to discredit the study and its authors will end.