Two administrative divisions, most affected in the current conflict, on average contribute nearly a third of Iraq’s wheat production and about 38 per cent of its barley 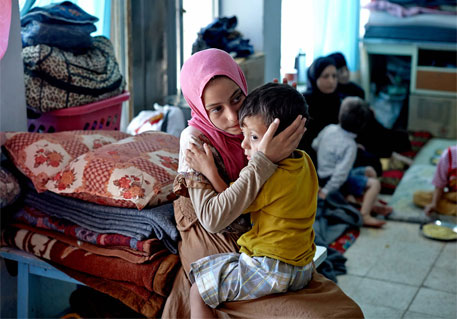 Conflict-ridden Iraq, which was expected to see an over-average harvest of crops before it was hit by the fresh crisis brought on by Islamic State of Iraq and the Levant (ISIS) militants, is now facing serious food security concerns.

Over one million people so far have fled their homes and farms since January, leaving behind jobs and possessions just as the main harvesting season for wheat and barley crops was getting under way. As a result, Iraq’s favourable crop forecast for 2014 is now in jeopardy, says UN's Food and Agriculture Organization (FAO). As the availability of staple food commodities like wheat will be affected, food access for many market-dependent households, poor families and the displaced is likely deteriorate further.

In the past two weeks, the Sunni militant offensive by ISIS to seize a swathe of territory in northern Iraq has led to the deaths of more than a thousand people and the displacement of hundreds of thousands more. This development was preceded by other conflicts as well. Prior to the ongoing crisis, the agency had predicted an above-average wheat harvest of 3 million tonnes for this year, some 16 per cent above the five-year average. The “governorates” or the administrative divisions most affected by the current conflict, Nineveh and Salahaddin, on average contribute nearly a third of Iraq’s wheat production and about 38 per cent of its barley.

In total, some two million Iraqis are currently displaced inside the country, many of them affected by the conflict in neighbouring Syria and earlier unrest in the country, according to the agency. “The conflict and displacement has also coincided with the peak of summer heat and the holy month of Ramadan, when household expenditures on food and other essential items are normally higher,” said FAO Representative in Iraq, Fadel El Zubi.

FAO added the northern Kurdish region is also under pressure since it is now hosting "a large share" of people who have fled their homes.

Urgent assistance required
Citing the problems, FAO has called for $12.7 million to provide urgent support to farming families, particularly in crop and livestock production,  The provision of animal feed and veterinary services to help safeguard animal heath and livestock production, which includes 8 million sheep, over 2.5 million cattle, 1.5 million goats and 38 million chickens, is another focus.

Research: On climate variability and civil war in Asia

Research: Warming increases the risk of civil war in Africa