High alert in Andhra Pradesh; preparations are in full-swing 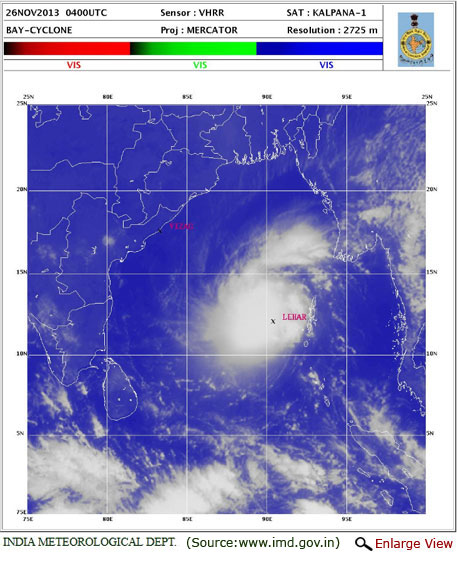 Andhra Pradesh has already started preparations to minimise the possible damage from Lehar, the cyclone that is likely to hit the state on Novemeber 28. The India Meteorological Department (IMD) has predicted Lehar to be a very severe cyclone with heavy rains before and after the landfall. The cyclone is expected to make its landfall close to Kakinada between Machillipatnam and Kalingapatnam.

High alert in the state

Special officers have been appointed to take care of the disaster management activities. District collectors have been asked to issue orders suspending all fisheries operations. Evacuation of people from areas that might be inundated will start Tuesday. Four helicopters have been kept ready for any contingency.  Army, Navy, Coast guard and Marine Police have been alerted. In addition of the existing 12 teams of National Disaster Response Force, the state has requested the Centre to send 20 more teams for the rescue operations. The state has about 350 cyclone shelters. In addition to these, the district collectors will identify government buildings that can be used as shelters.

All the government departments, including irrigation, agriculture, fisheries, rural drinking water supply, have been instructed to take necessary measures to minimise damage. The civil supplies department has been asked to make sufficient quantities of essential commodities available. The collectors have issued a long list of do’s and don’ts for the public.

“The state is taking all necessary measures to prepare for the cyclone,” says C Parthasarathi, commissioner, state disaster management department.  In addition to NDRF, 450 personnel from the state disaster response force (SDRF) have been deployed for the rescue operations. The district collectors have been asked to involve ham radio volunteers, too.

Block and village revenue officers and sarpanch have been instructed to ensure that people do not go near streams and rivulets to avoid the dangers of flashfloods. Railway authorities have been alerted regarding the IMD warning of a very severe cyclone.