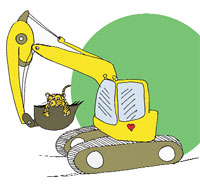 The editorials “Rethink growth with forest capital” (May 16-31, 2011) and “From forestry to productive forestry” (June 1-15, 2011) have succinctly brought out the present condition of forests and forestry in India.

Increasing the productivity of forestland was always the first concern of professional foresters. Successive forest policies underlined it. The interim report of the National Commission on Agriculture on manmade forestry, published in 1972, stressed it. The social forestry movement, which aimed to grow trees in non-forestland, lasted 25 years.

However, desired results were not achieved. The main cause of the failure was the onslaught of increasing human and cattle population and the apathy of the masters. Ground realities do not leave any space for increasing productivity in remaining forestland. At present, about 26 per cent forestland in the country is under protected areas, like sanctuaries; three per cent is allotted to forest development corporations; and around 22 per cent is under Joint Forest Management (partnerships in forest management involving both the state forest departments and local communities).

About 65 per cent forestland has been parcelled to beneficiaries of Scheduled Tribes and Other Traditional Forest Dwellers (Recognition of Forest Rights) Act. The definite distribution of forestland is still awaited. But even if one considers the tentative distribution, the forest department will have no share to work on productivty.

Whose land is it anyway?

The time has come to inject a more radical thought in the debate of growth and development v equity and environment, or growth v growth as the editor says in “POSCO: take land but give life” (July 1-15, 2011). Are not all lands inhabited by humans encroached upon sometime or the other? What makes an encroachment legitimate, respected and moral? Landownership is either through use of force or recorded sales and purchases of title deeds to legally encroached lands.

The article mentions that people in Odisha villages are not traditional forest dwelling community. This raises a few questions—why did the state allow forestland to be encroached upon in the first place? Did the government provide livelihood opportunities to the people to stop them from encroaching?

Government in the past deliberately ignored the issue of encroachment because it failed to provide an economy that would generate employment. At that time there was no alternative use of forestland. Encroachers through hard work created self employment and are now living their life in a legitimate way. The government now wants to take away that land, saying they are not traditional forest dwellers. Is that fair?

POSCO is working for the company’s good. The project would in no way benefit the residents of Odisha villages who are on the verge of losing their livelihood. And what about their forest rights? Money is not the correct measurement to evaluate a right to a natural resource that provides livelihood. Only another forest will be a justified compensation. 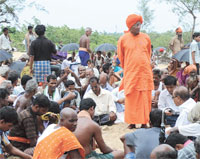 Not right to politicise

Despite environmentalists and residents opposing the POSCO project, the state wants people to sell their land to the company at a pittance (‘Package POSCO’, July 1-15, 2011). Large-scale protests against the project forced the authorities to suspend land acquisition for some time. The opposition parties should not politicise this issue. They should instead act as watchdog of the government’s activities so that no land is forcibly acquired. The Centre should issue a list of detailed guidelines on sale of forestland.

Thanks to media exposure, every villager today is well-informed; the government can no longer take people for granted and assign land belonging to them to corporate entities. 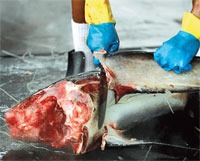 This refers to “Sharks in soup” (June 16-30, 2011). There are many lucrative activities that could bring Indian fishers a comfortable income and contribute to protecting the marine environment, without them having to kill sharks. They are: coral farming, seaweed culture and harvest, and pearl culture.

The sub-continent has some wonderful underwater sites, yet a practically non-existent diving industry.

In many countries, enthusiasts pay huge sums to dive with sharks. If such an adventure sport is introduced in India, it will not only stop the slaughtering of the fish, but also generate employment opportunities.

Chicken or the egg?

In the book The Grand Design, Stephen Hawking says, “Because there is a law such as gravity, the universe can and will create itself from nothing. Spontaneous creation is the reason there is something rather than nothing…” (‘Why we exist’, October 1-15, 2010).

The cover story “Who is watching GM crops?” (May 16-31, 2011) is an eye opener. People already avoid vegetables and fruits of hybrid varieties like papaya, musk melon and tomatoes; they are tasteless and odd sized. I wonder who has the authority to introduce widely discredited genetically modified (GM) crops.

If introduced on a large scale, they may lead to riots. GM crops must be debated among all educated, qualified individuals and institutions before they are introduced.

There should be proven records that such crops are safe and consumers should be given enough options to choose from. No one has the right to misuse science. 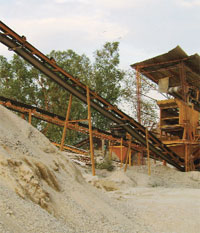 This refers to “A swami and sand mafia” (July 1-15, 2011). For the past many years the World Bank and the Centre have been announcing funds to clean the Ganga river. These allocations will work only when the people of the country take responsibility to save the holy river.

Mining, stone crushing and excavation are causing soil erosion on a large scale. It is time the public and the government join hands, otherwise holy dip and tarpan will become myths.