Earthquakes, floods, conflict and COVID-19 pandemic have underlined the suitability of existing housing infrastructure in urban areas of Kashmir 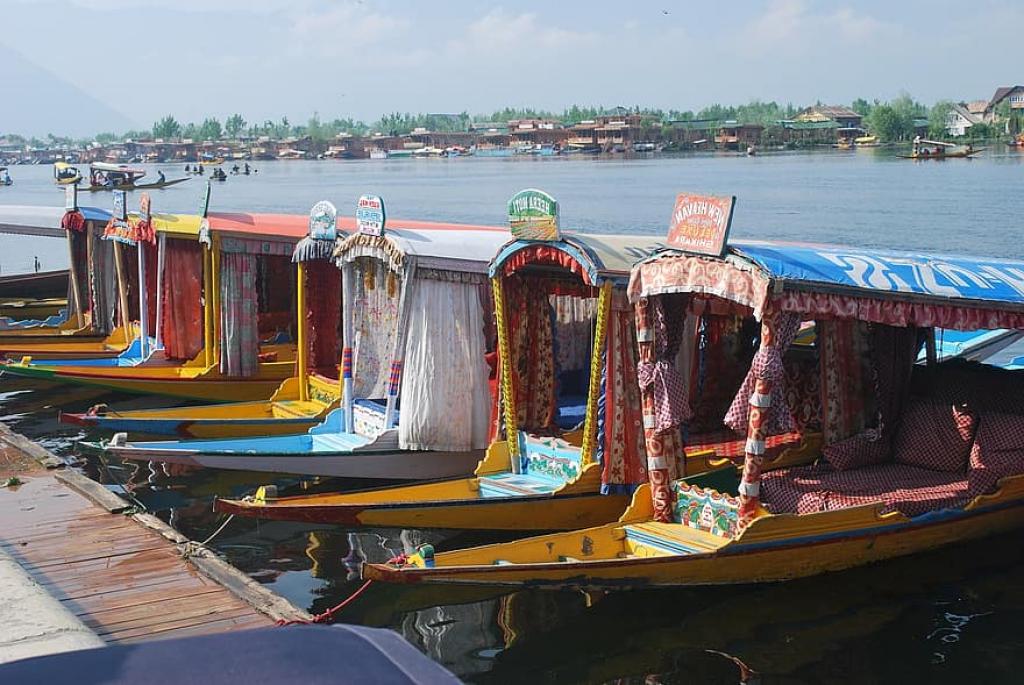 The novel coronavirus disease (COVID-19) pandemic has triggered concern on social behaviour as well as housing infrastructure across the world.

Kashmir is highly vulnerable to natural disasters such as earthquakes and floods, as well as frequent bouts of violence. They pose a unique challenge to an already precarious situation that is the COVID-19-induced health crisis.

Harsh winters present another challenge. Hundreds suffer burn injuries during winters and houses catch fire for most people rely on crude, and unsafe methods of warmth.

There has been a surge in the number of people dying due to gas suffocation in Kashmir. They use gas heaters to keep the rooms warm, but often forget to turn it off before going to sleep. Due to lack of ventilation, the toxic pollutants remain in the room and cause asphyxiation.

It is, therefore, quite important to underline the suitability of the existing housing infrastructure in Kashmir, especially in urban areas like Srinagar. Social behaviour also needs to be in tandem with our response to these challenges.

People in Kashmir spend more time inside their houses, which calls for a thermally comfortable environment, according to Sameer Maithel, director of New Delhi-based research and advisory firm Greentech Knowledge Solutions. He has worked in Kashmir for several years.

In Kashmir, he added, use of insulation on walls and roof is crucial for reducing loss of heat during the winter months.

“Houses or building should be designed in a way that they have windows or sun-space, located strategically to allow solar energy to come inside the building during winter. Windows have to be double-glazed to provide insulation. They should be tightly fitted so that cold air does not come inside,” Maithel said.

He added the pandemic has exacerbated the need to for housing and institutional infrastructure that can help control the infection.

“The buildings should be well-ventilated because the virus gets transmitted in closed spaces. This means that there should be sufficient window area to ensure adequate ventilation as well as to keep the inside temperature comfortable,” Maithel said.

According to Saleem Beg, regional head of Indian National Trust for Art and Cultural Heritage (INTACH) in Jammu and Kashmir, the infrastructure that has come up in the past three-four decades is not in tandem with the safety and services requirements.

“Earlier, we didn’t have much safety concerns as our infrastructure was organically designed. The masons and carpenters had an unstated art to build homes. Such kind of infrastructure-building was abandoned in the 1980s,” Beg said.

The houses and government buildings in those years, he said, would have adequate exposure to sun, less windows and double-glazed windows. “The architecture would also provide earthquake resistance. The Dajji Dewari system of construction (braced timber frames filled with brickwork) was one such example,” he said.

“Architecture changes everywhere and we have also witnessed the change here. But, it is high time to revisit that architecture, of course with some modifications,” Beg said, adding “it is very important considering the challenges we face.”

He added most houses in Kashmir did not have required mix of iron and concrete.

“Ideally, we should think of retro-fitting measures for such structures to make them secure. Earthquakes don’t kill, the buildings do. Most people died in the 2005 earthquake because they were trapped in the government buildings ,” he said.

Kashmir is also prone to floods and a large population of Srinagar city lives in the flood plains. “Such infrastructure is not safe for obvious reasons. Even government buildings are in flood plains,” he said.

Sooner or later, Beg said, there has to be a building audit to fix these problems.

“The instructions should flow from the government — both for fixing the existing problems and ideal planning for the new constructions. For example, the concept of hollow bricks was introduced here, but it was never taken forward at policy level. There has to be some consistency,” Beg said.

Kashmir’s chief town planner Fayaz Ahmad Khan said a National Building Code (NBC) is followed during the construction of government buildings. “Whether it is the threat of flooding, earthquakes or any other disaster, the NBC takes care of all of them,” he said.

Khan, however, agreed that the traditional way of wasting land and financial resources in parts of south Asia such as Kashmir and the loopholes in health infrastructure have come under sharp focus during the ongoing COVID-19 pandemic. He added that several land or financial resources are being wasted in Kashmir.

“Let me quote the example of recreational infrastructure, especially sports facilities in schools, colleges or universities. In our part of the world, we create sports or recreational infrastructure so that it is exclusive to a particular group only. This means that large chunks of land have to be allocated for each of them though the emphasis should be on pooling of resources. In England, for instance, such infrastructure is made available at neighborhood level for larger groups,” Khan said.

Space standards in our part of the world, he added, are also quite huge. According to Khan, COVID-19 has taught us that office spaces can be limited for a minimal use and work-from-home concept needs to be followed for certain services.

“It is common to see families in our part of the world living on a kanal (5,440 square feet) or half-a-kanal plot with individual small gardens or open spaces. This way, open spaces are being fragmented and earth cover or green cover lost,” Khan said. He added: “I think since we have not reached the point of no return, we can modify it.”

The planning approach has to be further modified and channelised in terms of resource management, he said: “For example, if cost effective institutional housing is made available by following the concept of compact development wherein facilities like open spaces are commonly used by the communities, individual and community resources can be better utilised.”

A popular radio jockey in Srinagar recently shared a video on social media wherein he could be seen playing an elderly citizen trying to refuse another person’s invitation to his daughter’s wedding. Speaking in Kashmiri, he politely turns down the invitation citing COVID-19 pandemic.

“Ba Lagagai Balai (May I be sacrificed upon you)! But, please don’t insist me to come over,” he can be seen pleading in the video.

Wedding ceremonies have suddenly turned into drab affairs. But people have been adapting, even if it has come at the cost of huge economic losses.