Gandhi at 150: The pilgrim's progress 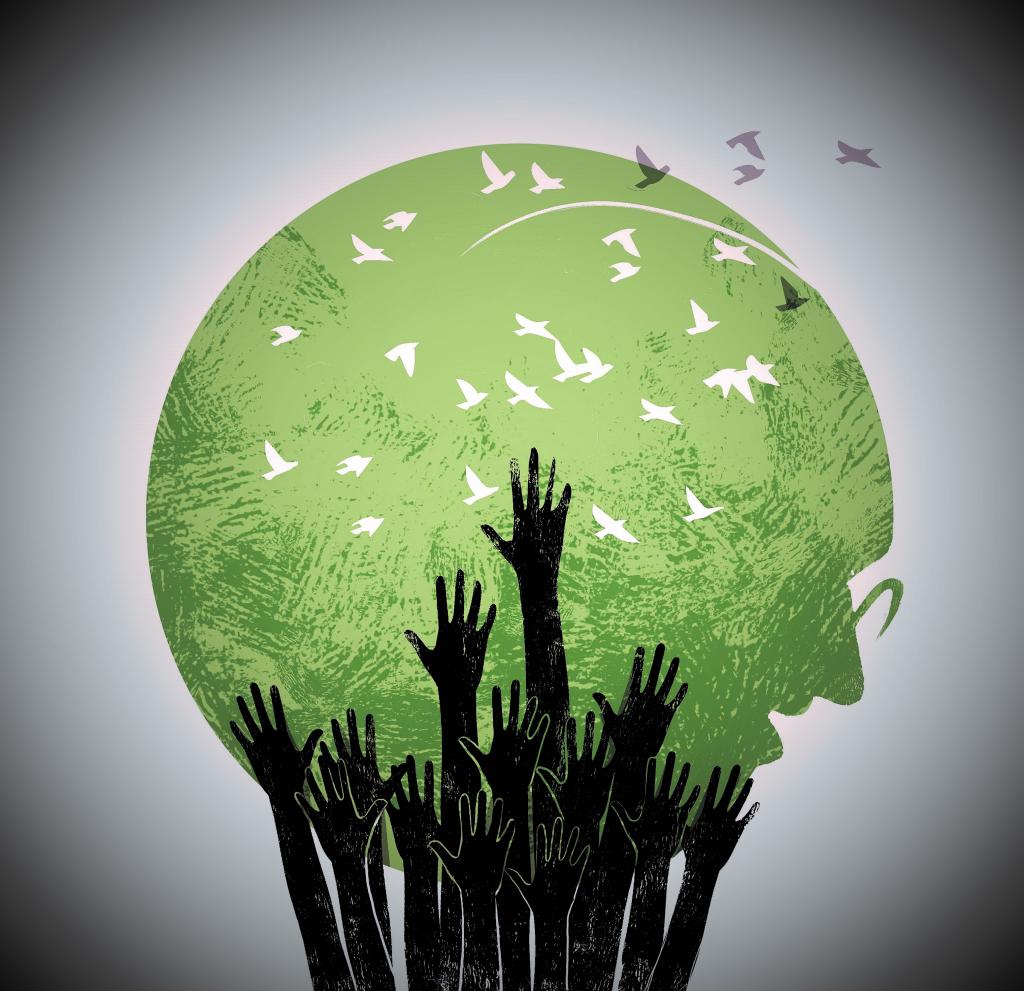 Gandhi would perhaps be the most misinterpreted and misun-derstood person in India’s recent intellectual history. He was a revolutionary and an orthodox personality at the same time, who thought and wrote widely on freedom and sacrifice, a prophet with a clear vision on how to achieve freedom through sacrifice, and also a strategist who could shake the entire world with the power of non-violence and satyagraha.

For the last few decades, in academics, particularly in areas related to ecology and sustainable development, we could see a lot of serious studies on the sig-nificance of Gandhian ideologies to tackle ecological issues.

The beginning of the 20th century marked with the ecological enlightenment across the globe. In India, the environ-mental activism, which started with the Chipko Movement, has had a Gandhian slant, and it continued even with the Silent Valley protest  in Kerala and the Narmada Bachao Andolan in Madhya Pradesh.

Though each movement differed in their political ideologies and activism, the binding forces among all these movements were the adoption of Gandhian non-violence and satyagraha. Environmental historians like Ramachandra Guha have identified three different ideological trends in Indian environmental movements — crusading Gandhians, ecological Marxists and alternative technologists; but whatever stand or trend they represent, all those movements carried the Gandhian legacy of prudent use of nature and natural resources.

Economic independence, social and economic equality, removal of social sins, women welfare, educational oppor-tunities for all and better healthcare were the objectives of those constructive programmes.

Later, Vinoba Bhave, the spiritual heir of Mahatma Gandhi, added three more programmes to Gandhian constructive programmes. The much celebrated “cattle protection” is among those three principles that Vinoba added, but in his writings, Gandhi made it clear that “it is the very opposite of religious conduct to kill a Muslim to save a cow”.

The economic and ecological conditions of the country would have been different if we had given proper attention to those constructive programmes during the post-Independence period.

Though the concept of sustainable development was alien to Gandhi, his constructive programmes were the first expressions of such a development without destroying nature and natural environment. As the sustainable development goals (SDGs) envision, Gandhi also dreamt of a world where there is no poverty, inequality and injustice. Gandhi called it as Sarvodaya Society, an egalitarian society which guarantees to uplift the poorest of the poor.

Through Sarvodaya, a concept he borrowed from John Ruskin, Gandhi tried to eliminate the class, caste and gender divisions from society. Gandhi initiated the famous Phoenix Settlement in South Africa to experiment this concept and all his ashrams were the practical laboratories of this continuous experiment.

But unfortunately the objectives of Sarvodaya, that is, the individual freedom, self-sufficiency, communal harmony, economic equality and dignity of labour are still a distant dream for many in our democracy.

Though the deconstruction of traditional religions is one of the characteristics of post-modern society, religious clashes are not alien to the present world. India ranked fourth in the list of countries where religious tolerance is worst, according to the 2017 report of the Pew Research Center, USA.

Understanding the positive elements of all religions and convergence of religious teachings are the needs of our time. Gandhi’s ashram vows Sarvadharma-samabhava, which promotes equality of all religions.

According to him, the essence of all religions is one and the same — the ultimate truth. Then, a question rings up in the mind as to why there are so many religions? Gandhi tried to explain it as, “the soul is one, but the bodies which she animates are many. We cannot reduce the number of bodies; yet we recognise the unity of the soul. Even as a tree has a single trunk, but many branches and leaves, so is there one true and perfect Religion, but it becomes many as it passes through the human medium”.

One of the important components of sustainable development is world peace. Peace is inevitable for ecological well-being and it is often defined as the “absence of war and presence of justice”.

After the Second World War, the entire world feared another atomic explosion and disaster. Such a debacle could have wiped away the entire humanity from the face of the earth. Arne Naess, father of Deep Ecology, thought about a non-military defence which is possible only with international cooperation.

According to him, in a competitive and unjust world, we cannot easily think about a non-military defence unless we educate the people about the ill-effects of war and military expeditions. Naess suggested Gandhian techniques of non-violent resistance such as non-cooperation, strikes, boycotts, refusal to operate and participation in the existing governmental agencies as the effective techniques of non-military defence.

Gandhi cannot be defined in a single term; it starts with his own simple lifestyle and encompasses the basic principles he followed throughout his life; his vision for a new world order based on constructive programmes, Sarvodaya philosophy and a non-military, non-violent defence is the need of the hour.