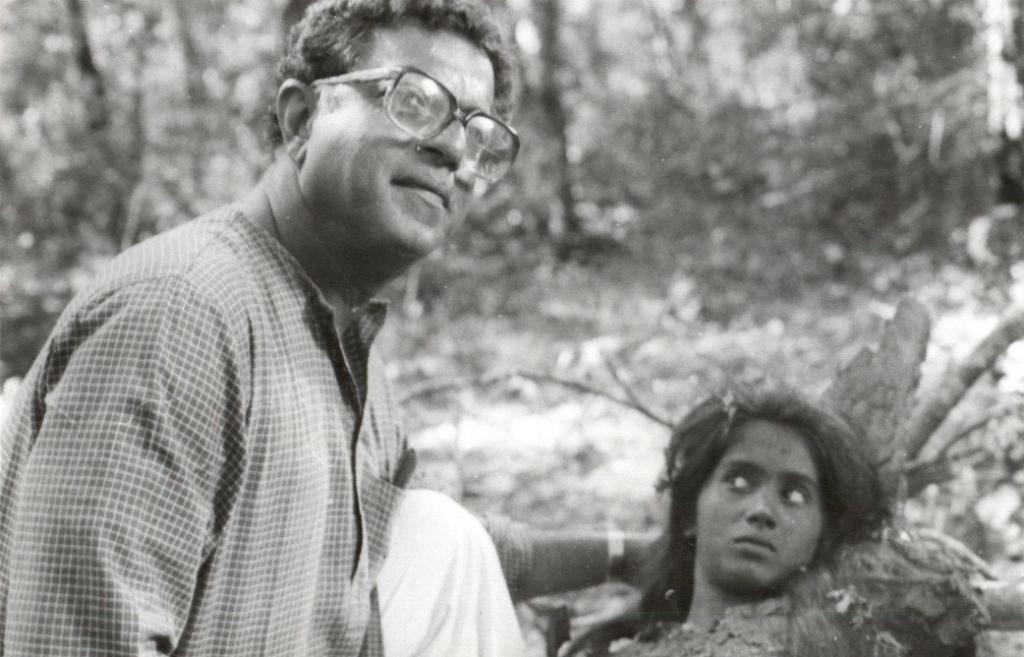 This review was originally published in Down To Earth's print edition (dated: 15-28 February, 1993)

Girish Karnad's genius for turning mythology to contemporary use surfaces once again in his exquisite and disturbing film Cheluvi. Based on a fable about a young woman who could turn into a flowering tree at will with the help of a mantra, it has a not-so-subtle environmental message.

Cheluvi was included in the Panorama section of the 24th International Film Festival, held in Delhi in January. Shot in south India with a Hindi soundtrack and English subtitles, it is a fast-paced, fantastic tale of the two daughters of a destitute woman, whose frustration leads her to thrash them every day. But the family suddenly gains a magical source of livelihood though it brings complications in its wake.

In purely visual terms, Cheluvi is a beautiful film set in a village surrounded by forests and streams. There is a lyrical quality to the pace of life it depicts. The flawless casting ensures there are few, if any, false notes. Cheluvi, the younger daughter, is a lovely, fawn-like village belle who helps a mendicant who had fainted from hunger and, in return, receives a boon from him. The mendicant teaches her a mantra that will turn her into a champak tree, but he warns her the flowers have to be plucked carefully so that the tree is not even slightly damaged.

The two sisters are soon selling champak blossoms to the villagers who become curious about where they get their supply of fragrant flowers as there is no champak tree in the vicinity. The village headman's son follows the sisters into the forest, but he falls asleep and so misses the metamorphosis. However, he falls in love with Cheluvi and marries her. In time, she is persuaded to share her secret with her husband, who makes her turn into the tree again and again, just for him.

Soon, champak blossoms from the headman's house float in profusion in a tank by the house and before long Cheluvi is tricked by her bratty sister-in-law into revealing her secret. The sister-in-law brings a gang of rowdy children to see the beautiful, helpless tree and the inevitable happens. When Cheluvi turns herself back into a woman, she can only transform a part of herself and must remain for the rest of her life, half-woman, half-tree stump.

All this may seem a rather obvious symbolism of what humans are doing to nature, but it would be interesting to observe what an audience in a rural, environmentally degraded area makes of this film. If it conveys something meaningful to them, Karnad's purpose would have been served. His "message" works at several levels. First, there is a flowering tree that provides a livelihood for a family existing on the edge of starvation.

Second, there are thoughtless human beings trivialising and then abusing the champak's munificence. The film's ironical climax is reached when Cheluvi's husband tries to restore the champak's branches in a vain attempt to enable his wife become her former self, but finds the forest area strewn with fallen trees and learns that the wanton destruction is because his father wants to build him a palace in which he can begin life anew with a second wife. The film's final irony is that a human being destroys nature in pursuit of material happiness, but only to discover that such happiness is elusive when nature is destroyed.

In this sense, Karnad's message is overt rather than subtle. And, precisely because it is a not-so-subtle fable, Cheluvi is a good film to be shown by environmentalists to urban and rural groups. It should communicate their message far more effectively than the dozens of inept documentaries that have been made on the subject.