Devansh Mehta believes that people can be sensitised through incentives, be it as small as mobile top-ups 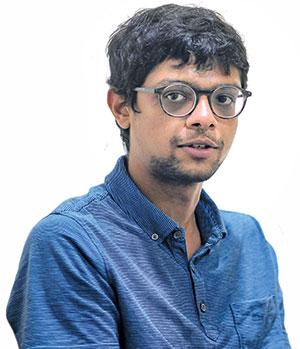 In 2016, when Devansh Mehta was asked to sensitise tribal people about the Forest Rights Act, 2006 (FRA), he came up with a simple solution: “Give them an incentive. They will come on their own.” Raipur-based non-profit CGnet Swara, where Mehta heads sustainability initiatives, implemented his proposal on an experimental basis and the “Learn2Earnprogram” became an immediate success.

People were asked to give a missed call on the CGnet Swara phone number for an automated callback. The caller had to listen to a five-minute tutorial which contained a conversation between a person whose land had been acquired by the government and an FRA expert who tells him how eviction can be avoided.

The tutorial was followed by three simple questions about forest rights and the application process under FRA. If answers were correct, the caller would receive Rs 10 top-up recharge. Callers could also earn a bonus Rs 10 recharge if they referred someone who answered correctly. “We ran the experiment for 45 days only and received over 17,000 calls. Almost 90 per cent of the callers got the answers right,” recalls Mehta.

The experiment ended when CGnet Swara ran out of funds. “In the last week of Learn2Earnprogram, we received 7,000 calls. I wonder how many more people we could have reached had we continued,” he says, adding that 72 per cent of the callers were forest dwellers and more than 50 per cent of them did not know about FRA before calling.

CGnet Swara still receives calls from people who say the FRA tutorial has helped them stop their eviction.

The organisation replayed the experiment during the recently concluded elections where they asked voters basic questions on civics. “The incentive was the same and we got calls from 2,000 people from Chhattisgarh, Madhya Pradesh, Uttar Pradesh and Maharashtra,” Mehta says.

He is now analysing the data to look at voter’s behaviour and demographic trends.