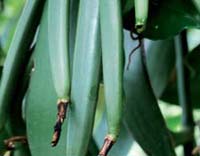 On April 22, Mexico's National Institute of Forestry, Agricultural and Livestock Research asked the National Service for Agri-Food Health, Safety and Quality (SENASICA) to be allowed experimental planting of Phaseolus vulgaris L. (transgenic beans) on 0.12 hectares in Guanajuato, a state in central Mexico. Four more applications have been sent to SENASICA for cultivation of GM beans this year.

Beans were being grown on 1.83 million hectares in the country in 2013 and the total production was 1.28 million tonnes. Farmers fear GM beans could contaminate the native and hybrid varieties which have a higher yield. They say modified varieties do not have any advantages and the government wants to promote them just to prove it that national institutes have good research capabilities.