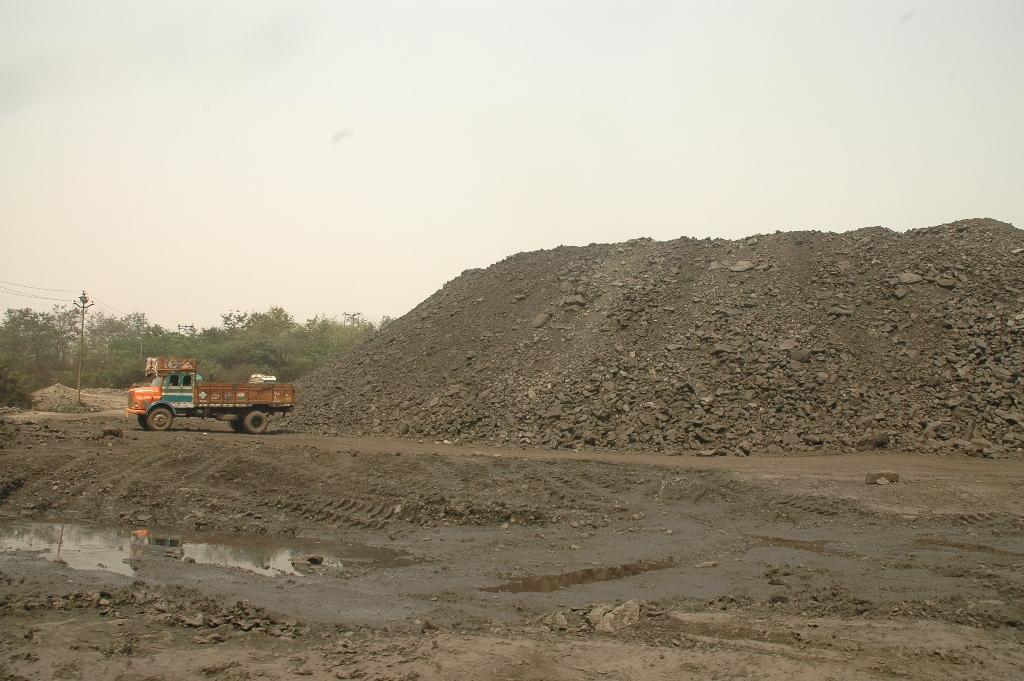 The report also states that competition may have been restricted in the auction of 11 coal blocks (Photo: Agnimirh Basu)

In a report tabled in the monsoon session of the Parliament, the Comptroller and Auditor General (CAG) of India states that despite auctions, multiple bids by corporate groups through joint ventures or subsidiaries did not ensure that potential level of competition had been achieved in the first two tranches. The report highlights that there are inaccuracies and inconsistencies in valuation of auctioned mines, while the benefits of cheaper coal could not be passed to consumers across the country.

While lauding the Union Ministry of Power’s efforts to introduce electronic auctions for coal in order to bring in transparency in the energy trade, the report says that “some systemic and procedural issues” need to be addressed for further improvement in the e-auction mechanism. The report points out that there was a Rs 381.8 crore-under-determination of upfront amounts in 15 of 29 auctioned mines due to “inaccuracies in assessing the intrinsic value of mines”. The Central Mine Planning and Development Institute (CMPDI), a subsidiary of Coal India Limited, is entrusted with the calculation of this intrinsic value. According to CAG, estimates prepared by CMPDI cumulatively resulted in under-determination of upfront amounts in 15 coal mines and under-determination of floor prices in six non-regulated sector coal mines and revised fixed rates in all nine power sector coal mines.

On the other hand, the report also states that competition may have been restricted in the auction of 11 coal blocks on account of multiple bids by corporate groups made through joint ventures (JV) or subsidiaries. “Audit could not draw an assurance that the potential level of competition was achieved during ... bidding of 11 coal mines auctioned in the first two round of auctions,” the report says.

The report also hints at cartelisation as it states that in 11 out of 29 coal mines successfully e-auctioned in first and second rounds, a number of qualified bidders (QBs) in the e-auction stage were from the same company or parent subsidiary company coalition or JVs. “Further, in scenario where the standard tender document (STD) allowed the participation of JV and simultaneously limited the number of QBs which could participate in the e-action, Audit could not draw an assurance that the potential level of competition was achieved during the stage II bidding of these 11 coal mines auctioned,” it said. Incidentally by the third round, the coal ministry amended the clause of JV participation with the objective of increasing participation, the CAG report states.

The report points out that despite the Supreme Court judgement of 2014 which directed de-allocation of all 204 coal blocks previously allocated under both United Progressive Alliance and National Democratic Alliance, there was a mismatch in eight cases between the production quantity submitted by prior allottees of the coal mines to state governments vis-à-vis production quantity submitted to Coal Controller’s Office (CCO). “There was no mechanism to cross check the production figures given by the prior allottees indicating absence of regular monitoring and inspection of coal mines, which was one of the important activities of CCO,” the report states. The report found that an amount Rs 3,536.56 crore was still pending from the prior allottees.

Following the Supreme Court judgement of September 2014, the Union government came up with two new ordinances, Coal Mines (Special Provisions) Ordinance, 2014, which was passed in December 2014. The ordinance provided that the allottee may use the coal from an allocated coal mine for any plant of the company or its subsidiary company, engaged in common specified end uses after providing written intimation (diversion notice) to the Central government. Further, power sector coal mines were auctioned with the objective of providing cheaper power to the consumers. The report notes, however, that in this scenario it was important to ensure that the benefit of the low cost of diverted coal was passed on to the consumers of the power produced by the "other power plants". “However, Audit could not draw an assurance that a system existed and had been put in place to ensure that the diversion details are sent timely to the concerned authorities to ensure passing of benefit of cheaper coal to the consumers,” the report says.

CAG report also notes that while there was an urgency shown by the Union government to start production from the successfully auctioned coal mines, only in 11 out of 26 coal mines, for which vesting orders (Court order that creates or transfers legal ownership of a property in place of a legal conveyance) were issued, production could be started. “In the remaining coal mines, production could not commence as various statutory clearances/approvals were pending at the Central government level, state governments' level and also at the level of allottees themselves. Delay in starting these coal mines had the potential to adversely affect an important objective of early auctioning of these coal mines, which was to ensure continuity in coal production thereby minimising adverse impact on core sectors such as steel, cement and power utilities,” the report notes.

Coal ministry officials are, however, contesting the CAG observations saying that some of the issues pointed out by the CAG have already been fixed as the system of auctioning is being further streamlined. Reacting to the CAG report, ministry officials said, “Valuation of a mine has no relevance when price is discovered  through  an auction.”  The official quoted above said that Delhi High Court had in 2015 upheld the earlier provision stating that it was neither arbitrary, irrational nor designed to favour any particular bidder. “Only 6 per cent of the qualified bidders were JV companies and only one successful bidder is a joint venture company. This provision did not restrict competition,” he said.

The two auctions held in February and March of 2015 respectively are expected to fetch over Rs 3.44 trillion during the life of the 31 mines to producing states. According to the coal ministry, at present, 13 mines which were auctioned are now operational, producing about 13 million tonnes of coal.