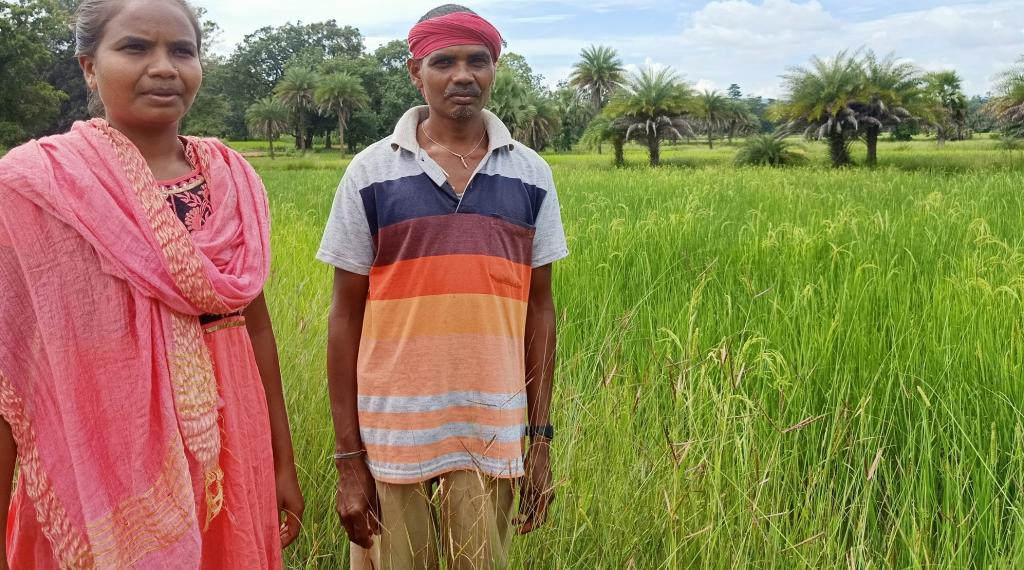 *This is the sixth section in a multi-part series

Kanchan Pradhan tends to her newly planted tasar host trees along with a group of women in a village in Keonjhar’s Banspal block on a sunny November afternoon. She is among the traditional tasar rearers in the tribal belt of the district, relying on host trees on the fringes of the forest for livelihood.

Pradhan and others in her village are now busy raising a plantation of tasar host trees on revenue land through financial and technical assistance provided by the District Mineral Foundation (DMF).

This is in addition to the rearing they practice on the forest fringes and is likely to add to their usual income. Since the skill and occupation has been passed to them over generations, the women are happy at the prospect of improving their income through a job they know well.

“Even my mother-in-law did the same work. If we can have more income through this, nothing like it,” she says, adding that her family of four currently earns Rs 80,000 annually by selling tasar cocoons to the state agency.

Livelihood and generating income security are a critical concern among mining-affected communities but has had negligible or no investment through DMF over the last four years. A DMF is a non-profit trust set up in mining districts to function for the benefit of mining-affected people and areas.

Two big iron-ore mining districts — Keonjhar (Odisha) and Dantewada (Chhattisgarh) — have, however, gone against the tide to make some investments to strengthen livelihoods, mostly geared towards enhancement of income among families living in mining-affected areas.

Delhi-based think tank, Centre for Science and Environment’s latest report District Mineral Foundation (DMF): Implementation Status and Best Practices documents livelihoods that draw upon the local resources, and through convergence and collaboration with local partners, are trying to work at income enhancement among farmers and women.

Keonjhar has undertaken three livelihood initiatives — agro-forestry through Wadi (orchards), tasar rearing through plantations for mining-affected tribal families and pushing millet production and consumption in the district on the lines of the state government’s millet mission.

The projects, the report states, have some basic commonalities. First, the initiatives seek to build upon the local available resources and the skill of locals. 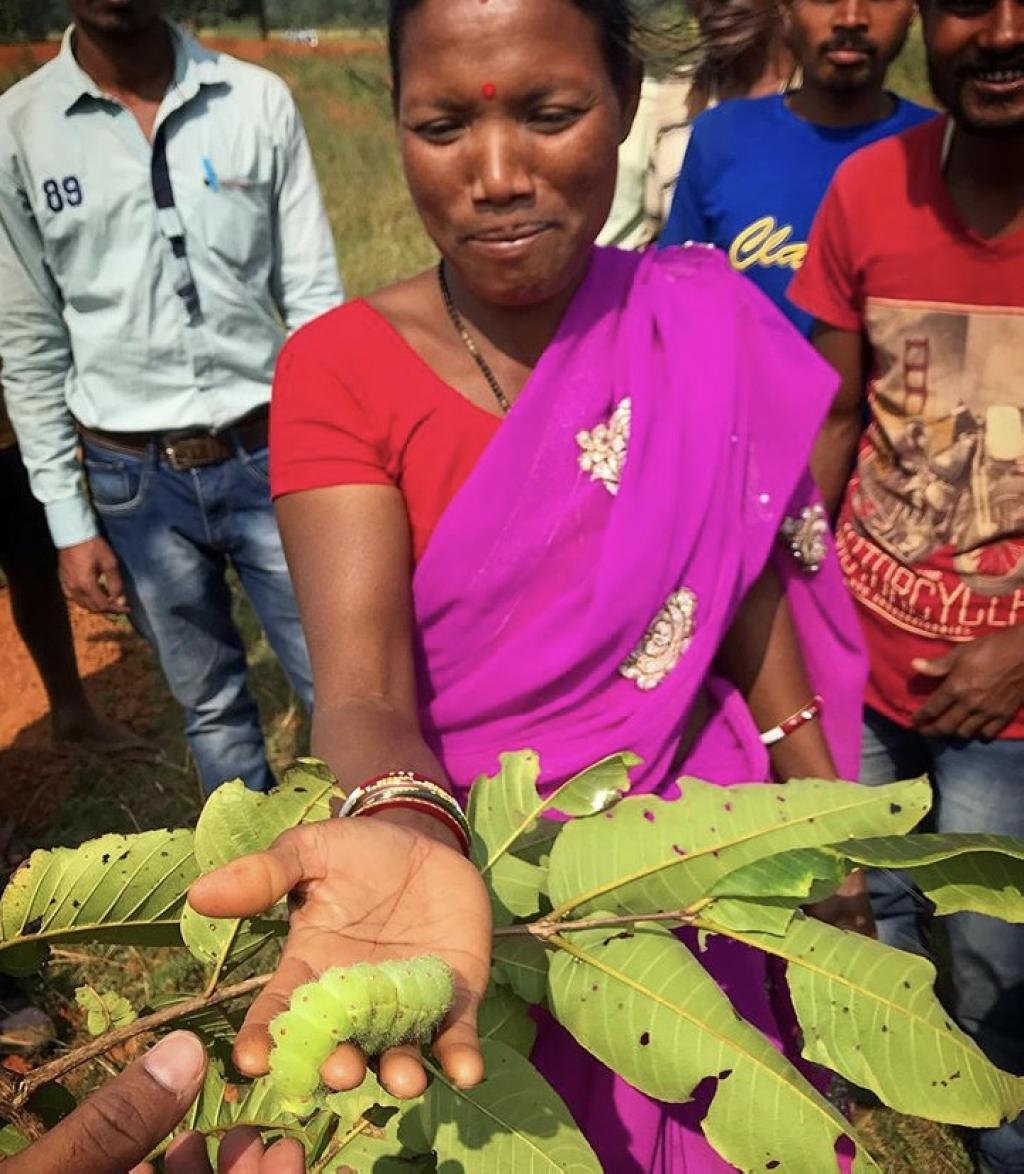 Both districts have a sizeable rural population — 86 per cent and 76 per cent respectively — much of which is reliant on agriculture. The initiatives take this into account.

The Wadi project in Keonjhar aims to increase income of farmers through fruit-bearing trees but also by ensuring intercropping; tasar rearing accounts for the generational skill of the tribal women in mining areas.

Millet cultivation aims at climate resilience and improving consumption of millets for nutrition among people who grow them as well. All three initiatives are phased for implementation over five-seven years.

Dantewada, which is known to be the biggest contributor of rice to the organic market, had an organic movement growing already. DMF has been used by the district to scale it up, build capacity of the farmers and provide loan to the farmer producer organisation (FPO).

Kadaknath chicken farming was also a local initiative that has been expanded through DMF to include around 2,200 tribal women.

Most of these initiatives are being undertaken in convergence. Keonjhar is converging livelihood initiatives with Mahatama Gandhi National Rural Employment Guarantee Act (MGNREGA).

For instance, of the Rs 23 crore budgeted for tasar rearing over five years, Rs 15 crore is through DMF and the rest through MGNREGA. Dantewada is pooling in corporate social responsibility and other departmental funds.

The works are being helmed by the concerned departments in the district, but are being implemented on the ground by local organisations with expertise, the report says.

“Supporting the beneficiaries is most important. That not only builds their confidence but also helps in improving technique, training them in leadership and business roles and enabling self-sufficiency,” Akash Badave of Nirman, the organisation leading organic farming in Dantewada, said.

Nirman has not only mobilised and trained the farmers, but also helped set up an FPO that manages the sale and market price of the produce, an organic brand and a local organic cafe. So far, Rs 6.7 crore has been spent from DMF that includes training costs and loan to the FPO.

In Keonjhar, different implementation partners (local non-profits with prior expertise) have been identified through tenders, for different blocks. These partners are paid a management fee and cost of expert human resources to work with the beneficiaries.

“Most of these are long-term initiatives. We are monitoring them closely and frequently through progress reports, visits by the district officials and DMF cell to keep track of progress,” a district official told Down To Earth.

He added the implementation partners were being remunerated based on the performance and survival of the plants / trees, which is being assessed through frequent reviews.

The livelihood initiatives in Keonjhar too are geared towards creation of FPOs so that there can be self-sustaining models.

The millet cultivation budget of Rs 24 crore for five years, for instance, also factors in costs for promotion of millets, incentives to farmers for better farming methods, setting up processing units and integrating millets into the public distribution system and the Integrated Child Development System programme to meet nutritional requirements through Anganwadi and mid-day meals in elementary schools.

“We have started with a variety of local millets from which farmers will choose their preferred variety to further cultivate,” Duskar Barik of Keonjhar Integrated Rural Development and Training Institute, one of the local implementing organisations, said.

“Use of cultivation methods that assure better crop, have been incentivised so that farmers are motivated,” he added.

While all the works in Keonjhar are ongoing, Dantewada’s organic produce and Kadaknath chicken are already being commercially sold in markets of neighbouring states.