DMF fund should instead be used to address concerns of mining-affected people like lack of access to clean drinking water, health care, livelihoods and poor nutrition levels among children 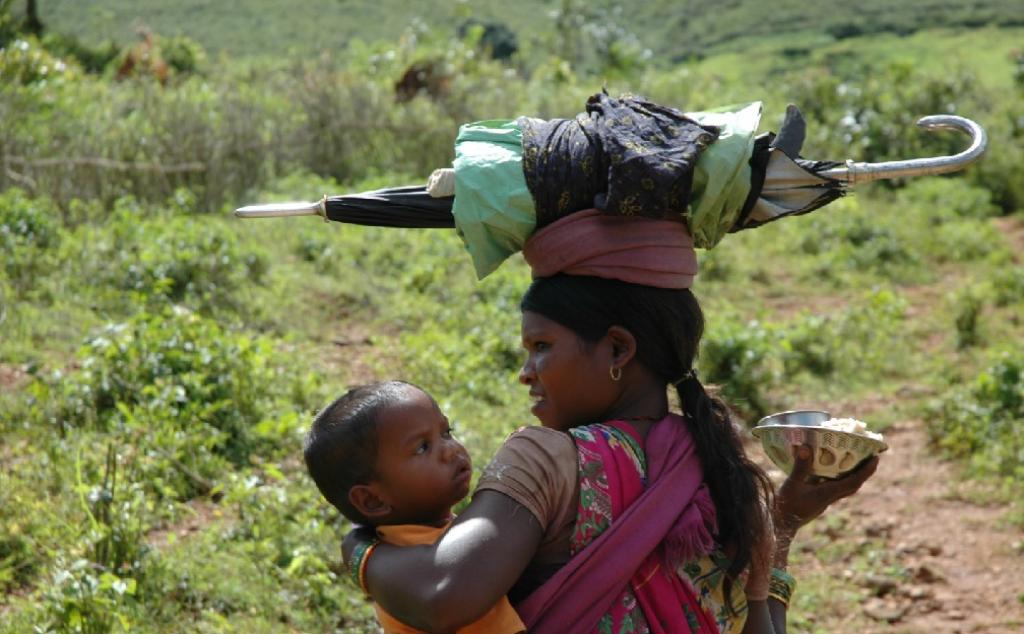 In Bilaspur, about 35 per cent children under the age of five are stunted and underweight. Credit: Kumar Sambhav Shrivastava

Last week, Jharsuguda in Odisha opened a revamped airport to flight operations for passengers. Earlier, it was a small airstrip that could accommodate only small charter flights. About 250 kilometres away, in Bilaspur district of Chhattisgarh, Chakarbhata airport construction is ongoing.

There is more than one common link between these two airports, which have sprung up around the mining belts of two of India’s top mining states—Odisha and Chhattisgarh. They will both be linked through Air Odisha, a joint venture airline operating under the central government’s flagship scheme UDAN (Ude Desh ka Aam Nagrik) to “boost regional connectivity”.  More importantly, some part of the funding for these two airports has come from a fund meant strictly for the mining-affected areas and people. Both airports have diverted part of the money coming to the respective districts under District Mineral Foundation (DMF) for works at the airports.

DMF was instituted under the Mines and Minerals (Development and Regulation) Act, 2015, to be established as a non-profit trust to “work for the interest and benefit of persons, and areas affected by mining.” The mining companies, which operate, pay a defined proportion of the royalty to DMF as a way of sharing profits with those whose land is being mined upon. However, diverting a part of this fund for construction of local airports is certainly not in the interest of those affected by mining.

As per details of investments available on state DMF portals, Jharsuguda district has sanctioned about Rs 13.2 crore for power supply and a dedicated feeder to the airport from DMF funds. Bilaspur claims having sanctioned Rs 7.9 crore for airport development work so far. However, local media reports claim that the allocation from DMF is about Rs 12.5 crore.

Incidentally, Bilaspur district gets most of its DMF fund from its neighbouring districts—Korba and Koriya—due to spillover effects of mining in these areas. Bilaspur shares the boundary with Korba and Koriya and is one of the key transportation routes towards the state capital, Raipur.

More pressing issues faced by those affected by mining

Jharsuguda, one of the top five mining districts Odisha, receives about Rs 150 crore in DMF each year. There are about 14 operational coal mines. People working in the area say that lack of access to clean drinking water, poor nutrition levels among children and women are some of the many concerns that they are facing.

Similar concerns are echoed in Bilaspur’s rural areas. For instance, about 35 per cent children under the age of five are stunted and underweight. Access to clean drinking water is a concern with just about five per cent rural households having access to treated tap water, according to Census 2011. Groundwater is either scarce or contaminated. “The money belongs to the mining-affected people and should be used for their needs only. Diverting funds for airport goes against the idea of DMF. Drinking water, malnutrition, hunger among the poorest, poor access to health care are some of the most vital issues that affect people. They have to be addressed without any compromises,” says Lakshmi Chouhan, an environment activist from Korba.

Chouhan’s concerns are echoed by those who are closely monitoring DMF implementation practices and their effectiveness. They also fear that such investments, set poor precedents for future sanctions too. “Such investments show that districts are viewing DMF as a district development fund and hence, investing in works that have nothing to do with mining-affected people or areas. Sanctioning funds for urban and unrelated big projects reflects that people who are affected have not been consulted and their needs have been overlooked,” says Srestha Banerjee of Delhi-based Centre for Science and Environment, who has been working on DMF for the last two years.