EIA notification amended to bring small-scale mining under its ambit 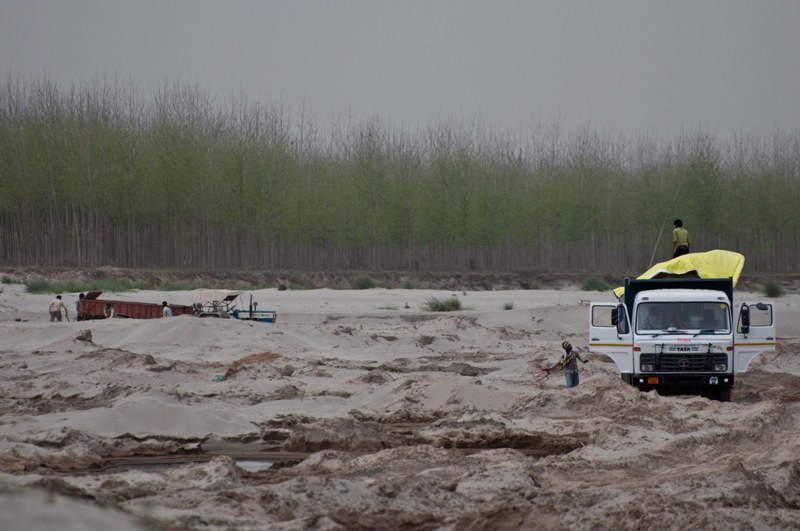 After years of deliberation, the Ministry of Environment, Forest and Climate Change (MoEF&CC) has finally amended the Environment Impact Assessment (EIA) Notification, 2006, to bring small-scale mining projects under its ambit. The amendment will make environmental clearance (EC) compulsory for mining of minor minerals in areas less than or equal to five hectares.

Environment minister Prakash Javadekar while speaking said in a press conference last week, “The ministry has taken several policy initiatives and enacted environmental and pollution control legislations to prevent indiscriminate exploitation of natural resources and to promote integration of environmental concerns in developmental projects.” It was indicated that the latest amendment was one such initiative.

The EIA notification now defines an institutional structure for giving clearances, the nature of evaluation required, and mechanisms for monitoring and enforcement once clearances are granted to such projects. The government has, however, exempted certain activities from the EC requirement, such as extraction of ordinary clay or sand manually by potters, customary extraction of sand and ordinary earth from sources in gram panchayats for personal use or community work with least impact.

Earlier, the EIA Notification, 2006, and its subsequent amendments did not provide any clear understanding on ECs for such projects. In fact, until 2009, the notification had no mention of small-mine leases or minor minerals. Regulatory provisions were specified only for mining leases equal to or greater than five hectares. This allowed the mining of minor minerals in leases below five hectares to continue without any environmental impact assessment (EIA) and without the requirement of a clearance from the concerned authority.

The EIA Notification, 2006, broadly divides all projects into two categories—Category A and Category B—based on potential impacts over an area and on human health and natural and man-made resources. According to the notification, all Category A projects (with potentially significant impacts) are required to carry out an EIA and undertake a public hearing before an EC may be granted by the Union environment ministry. Category B projects (with potentially less significant impacts) are evaluated and given a clearance by state level authorities, the State Environment Impact Assessment Authority (SEIAA) and State Expert Appraisal Committee (SEAC).

However, as irregularities started being reported in minor mineral mining projects, particularly in sand mining, the need for introducing the requirement of ECs for these projects gained momentum. Both the Supreme Court and the National Green Tribunal issued orders and directives making ECs compulsory for projects less than five ha. The Union ministry also took a number of measures to bring the matter under regulatory purview, but the ECs remained a grey area. (See ‘Timeline: Regulating minor minerals under the EIA framework’)

Establishment of authorities at the district level to clear projects

The latest notification provides for the establishment of the District Environment Impact Assessment Authority (DEIAA) and District Expert Appraisal Committee (DEAC) to evaluate EC proposals for small-scale leases for minor minerals. They have also been charged with evaluating proposals for clusters of small leases, where the size of the cluster is greater than five hectares but less than 25 hectares, with no individual lease being more than five hectares.

The DEAC will consist of 11 members, including a chairperson and a member-secretary. The committee will be chaired by the most senior executive engineer of the irrigation department. The assistant director or deputy director or district mines officer or geologist will be the member-secretary. The other members will be the most senior sub-divisional officer (forest), representative of remote sensing department or geology department or state groundwater department, occupational health expert or medical officer, engineer from Zilla Parishad, representative of state pollution control board or committee, the most senior assistant engineer of the public works department, and three experts nominated by the divisional commissioner or the chief conservator of forest, as the case may be.

A significant provision introduced in the amendment is the provision of “cluster mining”.  The proposal of cluster mining for small-scale mines is a welcome move, says Chandra Bhushan, deputy director general of Delhi-based non-profit Centre for Science and Environment (CSE). “This can help to access the impacts of mining of such a small scale in a comprehensive manner, and also help in monitoring and enforcement.”

However, he adds that the government needs to be vigilant in some cases, particularly concerning the EIA report for such clusters. The EIA report should be prepared by an accredited agency or group of the government. If falsification or misrepresentation of information is provided in the report, perjury should be the biggest offence and the EIA consultant/agency should be blacklisted, he says.

The amendments states that a cluster should be formed when the distance between the peripheries of two leases is less than 500 metres in a homogeneous mineral area. For consideration of EC of one cluster, one EIA report/Environmental Management Plan (EMP) will be required, and one public hearing is to be conducted. However, ECs shall be applied for and issued to individual project proponents. The individual lease holders in a cluster can use the same EIA report/EMP to apply for EC.

Besides cluster mining, the other significant proposal is preparation of a District Survey Report (DSR). The DSR shall be prepared for each minor mineral in the district separately. As clarified, the main objective of the preparation of DSR is the identification of areas where mining can be allowed and also where mining must be prohibited due to geological and physical limits. The report will also help in calculation of annual rate of replenishment and allowing time for replenishment after mining in that area. The DSR shall form the basis of application for environmental clearance, preparation of reports and appraisal of projects. The report shall be updated once every five years.

For preparation of the report, a survey shall be carried out by the DEIAA with the assistance of either of the departments of geology, irrigation, forest, public works, remote sensing, mining or groundwater boards in the district.

The latest amendment addresses the problem of irregularities being reported in sand mining or river bed mining by including several provisions to strengthen monitoring. To curb illegal mining or transportation of sand, it suggests measures such as the use of a unique barcode for transportation permits, details on how the permit should be printed, use of smart phones and CCTV cameras at the mine site, sophisticated weighing equipments to monitor the movement of sand from the mines and tracking vehicles with radio-frequency identification (RFID) tags and GPS.

The monitoring system largely relies on latest technology. Bhushan says that while technology can be useful in curbing illegal mining activities, it is not sufficient as there are several concerns about their implementation. “It must be combined with strong institutional capacity including competence of staff and accountability of authorities,” he says. “Given the deficiency in resources and staff of many SPCBs (state pollution control boards) and now with this added responsibility, strengthening of our regulatory agencies becomes even more essential,” Bhushan adds.

The accountability of regulatory institutions will also remain a key challenge. The DEIAAs will now be accountable to the SEIAAs. The amendment states that the SEIAAs will have supervisory jurisdiction over the DEIAAs and decisions of DEIAA shall be reviewed by the SEIAA. However, the government will now need to specifically ensure the accountability of SEIAAs first because there have been longstanding concerns about projects cleared by them.

February 2012: Observing the illegal and unscientific nature of mining of minor minerals, the Supreme Court ordered that leases of minor minerals, including their renewal for an area of less than five ha, be granted by the states/union territories “only after getting environmental clearance from the MoEF”.

May 2012: Following the directive of the Supreme Court, MoEF issued an office memorandum asking all states to follow the apex court order.

June 2013: The MoEF received a number of representations about problems being faced by brick manufacturers in obtaining ECs for mining of “brick earth”, and by road developers for mining of “ordinary earth”. In response, the ministry issued another memorandum placing all such projects of less than five hectares under Category B2. It stated that if the area of such projects was more than or equal to 5 ha after clustering, the land would come under Category B1.

September 2013: The EIA, 2006, was amended for the first time. It provided specifications for “minor minerals” and noted that leases of less than 50 ha for minor minerals would be considered under Category B.

December 2013: MoEF issued another office memorandum categorising minor mineral projects into B1 and B2, providing more clarity on the issue of clearances. For river sand mining projects, it noted that those with lease areas of five to less than 25 hectares would fall under B2 category. In case of clusters where the total area covered by these mine leases equals or exceeds 25 ha, they would come under Category B1. It further specified that “no river sand mining project with mine lease area less than 5 ha may be considered for granting EC”. For brick earth and ordinary earth, leases between 5 and 25 ha remained under Category B2. All other minor mineral projects with a mining lease area less than 25 ha were placed under B2. However, there was a lack of understanding of these rules on the part of state governments and individuals or companies involved in mining.

October 2014: Changes were again made with respect to mining of minerals in the EIA notification. Under Category B projects, there was only one distinction—coal and non-coal mines—with all non-coal mine leases below 50 ha clubbed under Category B.

January 2016: Amendments were introduced to the EIA Notification, 2006, which outlined categories B1 and B2. ECs for small-scale mining of minor minerals was provided in detailed.