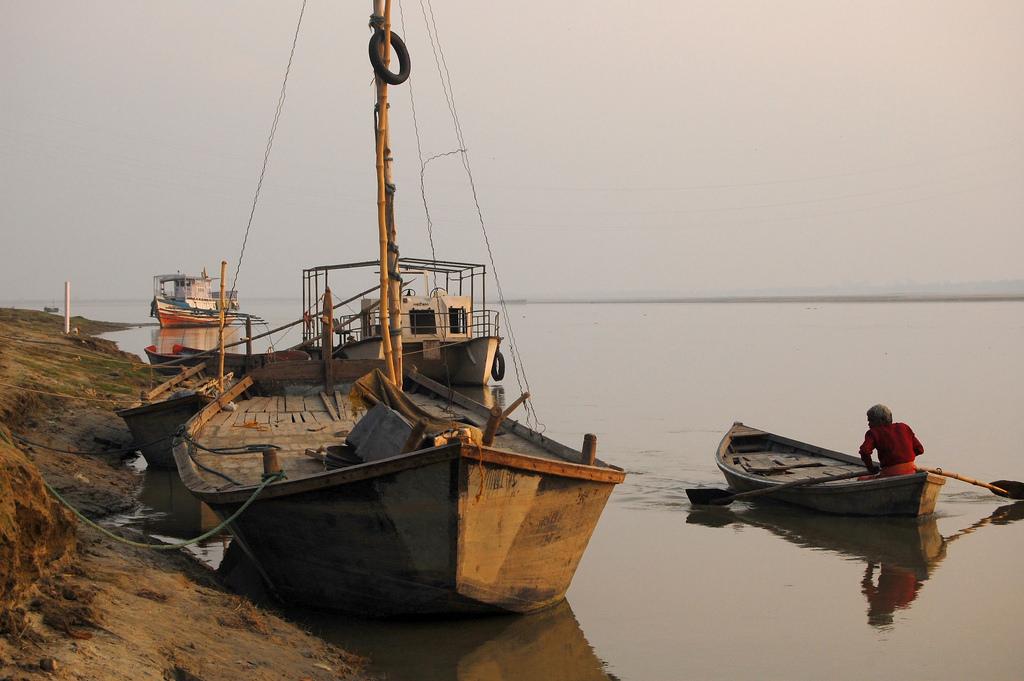 River sand mining is a threat to fields and plantation along the river as the latter gets widened Credit: ptwo/ Flicker

While the world continues to fret about scarcity of food and clean water, sand has slowly joined the league of scarce resources. In fact, shortage of sand has prompted the birth of black market gangs who are stealing large amounts of sand from rivers and beaches leading to disappearance of small islands, as pointed out by writer and journalist Vince Beiser.

So, have we really started to run out of sand? Beiser says yes and he cites reasons: “The number and size of cities is exploding, especially in the developing world. Every year there are more people on the planet, and every year more of them move to cities. Since 1950, the world’s urban population has ballooned to over 3.9 billion from 746 million.” He shared a fact to put things into perspective, “From 2011 to 2013, China used more cement than the United States used in the entire 20th century.” Sand, as we all know, is not only used with cement in buildings but also used to make glass.

People use about 40 billion tonnes of sand and gravel every year. The demand for sand has surged to a point where riverbeds and beaches around the world are being stripped bare. It’s not the desert sand but the ‘usable’ sand that’s scarce. “Usable sand is a finite resource … To get the sand we need, we are stripping riverbeds, floodplains and beaches,” remarked Beiser in an article. Desert sand, which is too round and non-sticky, isn’t suitable for use in construction purposes. It lacks silicon dioxide compounds and contains too much clay, iron oxides and lime.

Extraction of sand, according to Beiser, is an estimated US$ 70bn industry if both the dredging activity of multinational companies and shoveling by villagers are considered. In desperation to keep the supply of sand uninterrupted, sand miners are turning to seas when onshore sources get exhausted.

The UN has also started raising concern over illegal mining. Pascal Peduzzi, head of the Global Change & Vulnerability Unit at the United Nations Environment Programme, had remarked earlier this year, “In some places, sand is not abundant anymore, so we need to reconsider the way we are dealing with sand.”

Excessive sand mining inflicts terrible costs on environment. This war over sand has changed the map of Indonesia significantly as two dozen small islands are estimated to have disappeared since 2005. Eight of these islands used to be part of the Seribu Islands archipelago in Jakarta Bay. At least 2,000 small islands across Indonesia are at risk of disappearing sooner or later if excessive mining activities continue uncurbed.

The sand from these Indonesian islands mostly ended up in Singapore, a city-state that has witnessed a phenomenal infrastructural growth. It has been adding territory by reclaiming land from the sea. In the past four decades, Singapore has created an extra 130 sq km. It has earned the distinction of being the world’s largest sand importer. The collateral damage to environment has been so extreme that Indonesia banned exports of sand to Singapore. Countries such as Malaysia and Vietnam also restricted exports to the city-state.

From Southeast Asia to Africa

If miners have torn up hundreds of acres of forest in Vietnam to get at the sandy soil below, indiscriminate sand mining in mangrove-rich estuaries of Cambodia’s Koh Kong province have robbed the place of crabs and fish—source of livelihood for locals. The dredging also threatens endangered native dolphins, otters and turtles.

Sand miners have damaged coral reefs in Kenya. Apart from the Kaluku River, illegal sand mining is on full swing along Masaani, Kiungwani, Mbitini and Kwa Nditi rivers. They are robbing residents and their livestock of water sources. In Nigeria, unbridled growth of illegal sand mining in Akwa Ibom State is threatening the foundation of critical infrastructure, including Mkpok Bridge and Calabar-Itu Bridge.

Sand mafias are turning violent. In India, attacks on journalists by sand mafias are not unknown. The government started making slow and steady progress in ensuring sustainable sand mining, after it was alarmed by the attack on an IAS officer in Karnataka in 2015.

Goa is also one of the worst-hit states when it comes to illegal sand mining. On June 17, a major raid against illegal sand extraction along the River Tiracol in Pernem led to the seizure of 14 canoes and about 300 cubic metres of sand in Torsem. It was the second biggest raid against illegal sand extraction after the October 2015 raid where 21 canoes were seized in Pernem. Locals allege that river sand mining is a threat to fields and plantations along the river as the latter gets widened. It is also killing countless fish and birds.