Uneven flow of water from a dam, illegal constructions have exacerbated soil erosion, led to decline in population of crocodiles in the sanctuary 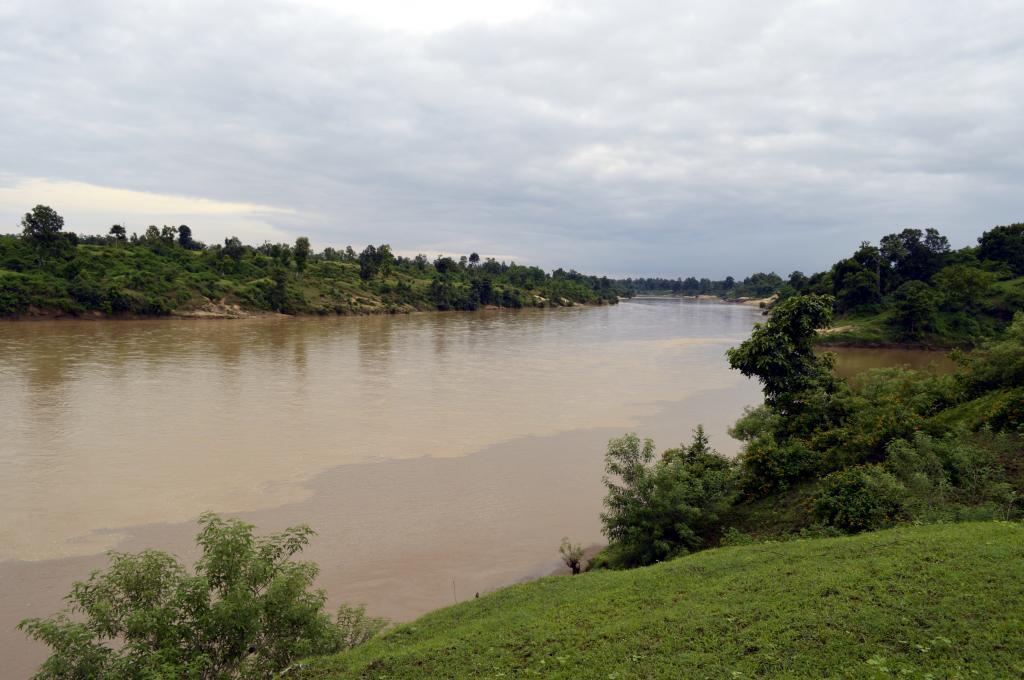 Son river in Madhya Pradesh — the ecological lifeline of a region once replete with rich biodiversity and wildlife — is slowly withering. Rampant illegal sand, uneven flow of water from a dam and illegal constructions have exacerbated soil erosion and led to a decline in the population of gharials in Son Gharial Wildlife Sanctuary.

In 1981, 161 kilometres around the Son river was declared a wildlife sanctuary to protect the endangered gharials, Indian soft shell turtle and the Indian skimmer. The number of gharials, however, has been on the decline since then: It came down to 20 in 2021 (all female) from 72 in 2016.

The National Green Tribunal (NGT) in 2019 directed the illegal sand mining by the river be stopped, on a plea by activist Nityanand Mishra.

“Earlier, illegal mining was done in broad daylight. Now it happens at night. The administration needs to be persistent in its efforts if it wants to completely stop it,” Mishra told Down to Earth.

A research by the NGT committee found that illegal sand mining threatened to further degrade riverine habitat that had already deteriorated. If nesting and basking sites are lost, the river will no longer be a sanctuary for riverine species.

YP Singh, director, Sanjay Tiger Reserve, said illegal mining is prevalent in the restricted area: “We have seized 250 vehicles involved in illegal mining. We are using all our resources.”

The Madhya Pradesh government proposed to construct a bridge on the Bahari-Hanumana Road (SH-52) at Jogdah, Son Gharial Wildlife Sanctuary, a few years ago.

Jogdah is the only breeding site known to have gharials in the sanctuary. A 50-foot-deep pool is located at the site and is inhabited by Son Hharial and other species.

The bridge would disturb these species, said experts.

Tarun Nair, who researches on gharials, said: “The bridge needed to be constructed slightly upriver of the old bridge to to minimise disturbance to gharial population. Pier construction, which will involve blasting and drilling into the bedrock, can have physiological impacts on this population. Construction work directly affects inbreeding, mating and moving of gharials. This could have been avoided.”

The Bansagar project — an irrigation and hydroelectricity project on the Son river at the intersection of the Shahdol, Satna, Katni and Umaria districts of Madhya Pradesh — is another major challenge threatening the gharial population.

“Gharials lay their eggs in March-April. At the same time, Bihar demands its share of water.  In November, water flows at a rate of two million litres a day (MLD), which increases to 200 MLD in December. An increase in the water level washes away the gharial eggs.”

There is an agreement between MP, Uttar Pradesh and Bihar on how the Bansagar dam is to operate.

The hydrological situation of the Son river has drastically changed since the dam was built in 1978 and completed in 2006, the NGT committee report had stated.

The breeding season of gharials and skimmers corresponds to the dry-season / low-water period (December to June), according to a 2016 study conducted by Nair.  Their nest sites are selected based on the low water levels prevalent during the dry season, and their eggs are expected to hatch and hatchlings to emerge right before the monsoon floods.

Due to unseasonal water releases from the Bansagar Dam (during the dry season), these species get submerged in nests and their eggs are often lost.

“A large part of the sanctuary started drying up when the Bansagar dam was constructed, which made it inhospitable for gharials,” said Nair.

He added that the gharial population is confined to certain areas. The general notion that they need only limited land, and that the rest of the land should be denotified, is harmful. In this case there would be a very limited area for them to move, said Nair.

Illegal construction near the wildlife sanctuary

Section 18(1) of the WildLife (Protection) Act, 1972, prohibits any construction about 200 meters from the river. As many as 143 villages fall within the sanctuary boundary. Hundreds of illegal structures can be seen near the river within 200 metres of the bank.

“A petrol pump has been constructed near the bank in Jogdaha village. It is illegal,” said Ambuj Pandey, a wildlife activist in Sidhi.

The marine biodiversity is adversely affected by such activities, he added.

The Act prohibits fishing inside a protected area as well. But order is rarely followed, Pandey said.  “There have been instances when Gharials have been trapped in the nets of fishermen. They have been killed by the fishermen as well,” he added.

Pandey said he would knock on the NGT doors again to flag the state forest department’s failure to follow guidelines to curb illegal mining.