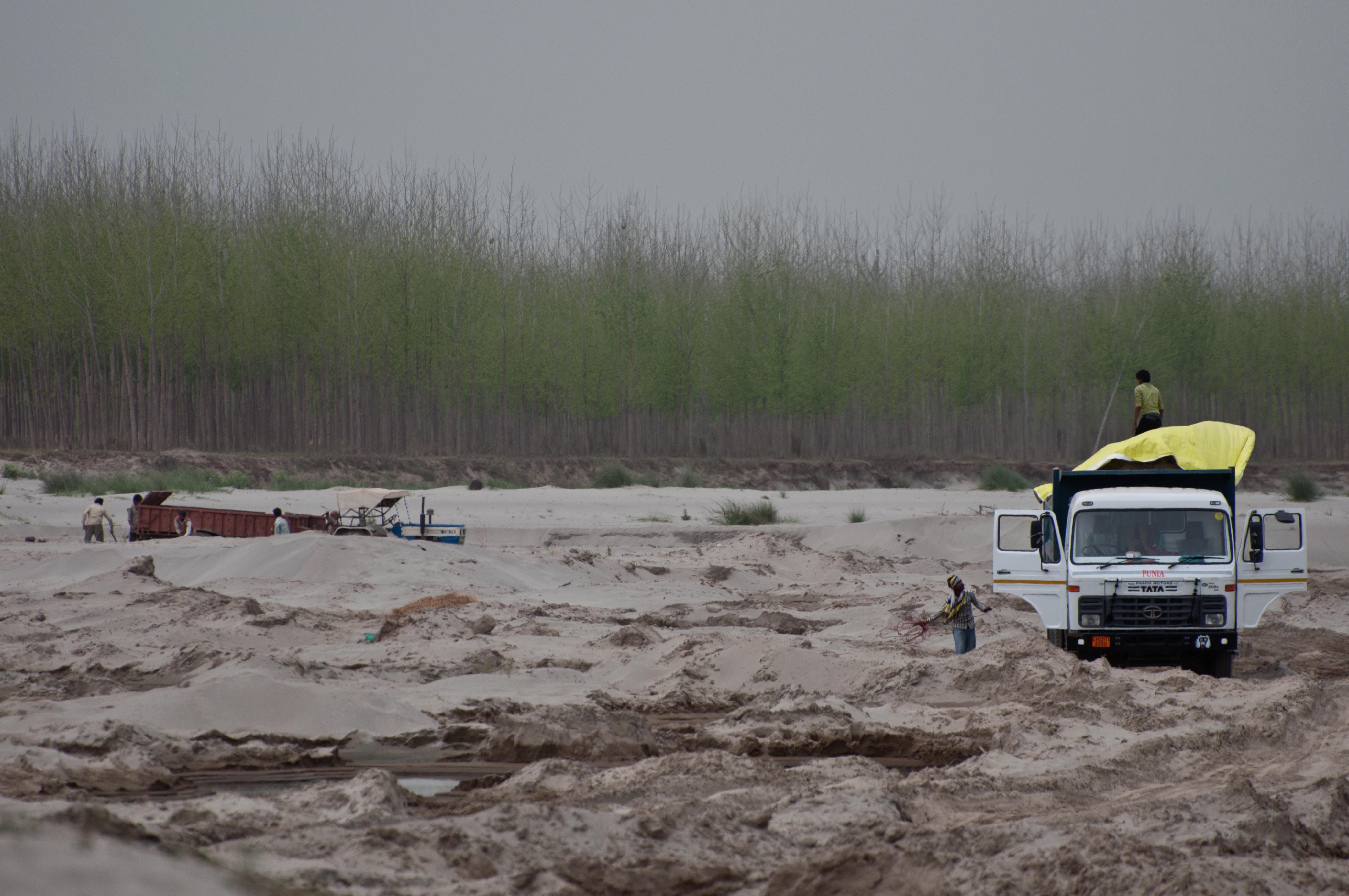 Three years after the Supreme Court ordered the Union environment ministry to formulate guidelines for sustainable mining, the ministry has released guidelines for mining of sand and other aggregates. These guidelines, however, have to be ratified and implemented by states.

According to a senior official of the Ministry of Environment, Forests and Climate Change (MoEFCC), the guidelines place emphasis on using the latest technological tools like GPS and bar codes to map riverine areas and track produce from sand mines. Such tools will help implementing agencies check illegal or over-mining by contractors.

The guidelines also call for site-specific survey of all existing and proposed mine leases to calculate the exact amount of extractible sand and other aggregates from an area. These surveys should be carried out by district administrations with the help of the geology and mining department, public works department, forest department at the district level, aided by groundwater boards and government-controlled remote sensing centres.

While the guidelines uphold the rights of communities over their resources, Environmental Clearance (EC) will be mandatory for all mines. The guidelines suggest exceptions for communities such as kumhar (potters) and tilemakers but only for manual extraction of sand and clay.

The EC for mine lease areas measuring less than 5 hectares will be handled by the District Environmental Appraisal Committee (DEAC) and District Environmental Impact Assessment Authority (DEIAA). The DEAC will be headed by the executive engineer of the irrigation department at the district level and DEIAA will have the collector as the chairperson.

The forest department will have a greater say in the appointment of experts to both committees, as compared to other stakeholders such as the pollution control board or the irrigation department. DEIAA will comprise four members including the collector, divisional forest officer, one expert from ecology, environment, geology, water resources or agriculture from a government institution in the district nominated by the divisional commissioner or Chief Conservator of Forests.

Similarly, the eight-member DEAC will be headed by the irrigation department but will have members appointed mostly by the forest department. Only one member from the zilla panchayat or parishad will be nominated to the body by the divisional forest official. Members in both the committees will work for three years and depending on the recommendations of the forest department, an extension can be given to each member for a year.

Mine lease renewal will take place every five years for all sand and other aggregate extraction. The mine plan of a particular mine lease area will have to be reassessed every five years. The guidelines also suggest the use of smart phones and CCTV cameras at the mine site and sophisticated weigh bridges to monitor the movement of sand from the mines to the supply depots. These have to be monitored by the district mining department regularly on the basis of which, the mining department will issue a transport permit protected by bar codes to avoid duplication.

The guidelines also suggest that sand and gravel shall not be extracted within 200 to 500 metres of any crucial hydraulic structure such as pumping stations, water intakes and bridges. It suggests that mining should be restricted to a depth of three metres or 10 per cent of the river width, whichever is less, from the banks. For hilly terrain, the depth has been fixed at two metres from river bed level and not less than one metre from the water level of the river channel, whichever is reached earlier.

They have also called for a complete stop to any kind of sand extraction from riverine areas during monsoon months (July, August and September). The process of determining the lease area will rest with the district mining deparment which will first conduct surveys.

According to the MoEFCC officials, the guidelines have been sent to state governments. Since minor minerals, including sand, come under the purview of the state government, it will make a decision about implementing these guidelines or suggest changes after a consultation.