After March 15, fresh leases and environmental clearances must be obtained by miners to continue mining thereafter 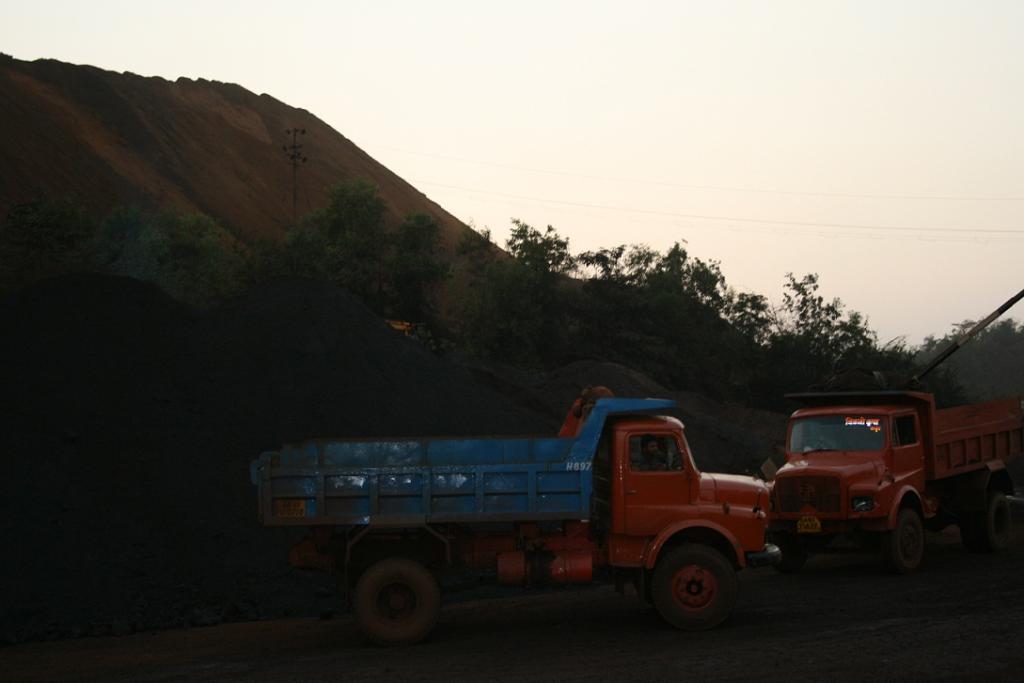 Goa Foundation, a non-profit, had contested the way mine lease holders were allowed to operate without granting of fresh leases and ECs. Credit: Sunita Narain / CSE

In a scathing judgment about the Goa government favouring miners, the Supreme Court (SC) today ordered cancellation of iron ore mining leases in the state, that were renewed by the state government in contravention of the apex court’s previous order. The SC, in earlier matters of illegal mining activities in Goa and while lifting mining ban in the state in April 2014,  had noted that the leases, which were operating under the presumption of “deemed extension”  in the state from 2007 to 2012 considering it to be a second renewal,  have been doing so without the necessary permits. The leases had, in fact, expired in 2007. The apex court, at that time, had directed the Goa government to grant fresh leases to the miners after proper evaluation. The Environment Ministry was also directed to grant environmental clearances (EC) considering cases afresh.

However, the Goa government opted for a shortcut to start mining in the state following the 2014 SC order. It renewed mine leases (second renewals) instead of granting leases afresh. Considering it a violation of the law, the SC found that the state government’s vested interest was behind such a move. The apex court has now directed that mine leases, which are now operating after being renewed by the state government, will cease to operate after March 15, 2018, until fresh leases are granted following proper evaluation and fresh ECs are obtained.

Sternly criticising the mindlessness of mining companies and the actions of the state government, the two-judge bench of Justice Madan B. Lokur and Justice Deepak Gupta noted that “the State is unable to firmly stop violations of the law and other illegalities, perhaps with a view to maximise revenue, but without appreciating the long-term impact of this indifference. Another excuse generally put forth by the State is that of development, conveniently forgetting that development must be sustainable and equitable development and not otherwise”.

The apex court’s latest decision came in response to an appeal filed by the Goa Foundation, an environmental non-profit that had contested the way mine lease holders were allowed to operate without granting of fresh leases and ECs.

Mining controversy in Goa that had led to imposition of ban

In September 2012, the Goa Foundation had filed public interest litigation (PIL) in the Supreme Court, following the observations of the Justice Shah Commission report, which highlighted rampant mining in the state.  Just days after the report was tabled in the Parliament on September 7, 2012, the government temporarily suspended mining activities in the state. In the same month, the environment ministry also directed abeyance of ECs of all 137 mines in Goa. In October that year, the SC declared illegal those leases in which violations were detected by the Shah Commission. The court asked its central empowered committee (CEC) to investigate the matter. As a result of these orders, mining activities came to a halt in the state.

Why did Goa government hastily ‘renew’ mine leases?

The SC bench came down heavily on the state government, noting that their decision to go ahead with renewals was “not quite fair or reasonable”. The court pointed out several problems with the government’s decision and their favouritism towards mining companies. The Goa government, according to the court, wanted to avoid the granting of leases by auction to those that were suspended in 2012. Therefore, it took certain decisions and measures based on some particular developments: the Bombay High Court of August 2014, the Goa Grant of Mining Leases Policy, the proposed amendment to the Mines and Mineral (Development and Regulation) Act (MMDR, 1957) in November 2014, and promulgation of the MMDR Ordinance in January 2015. 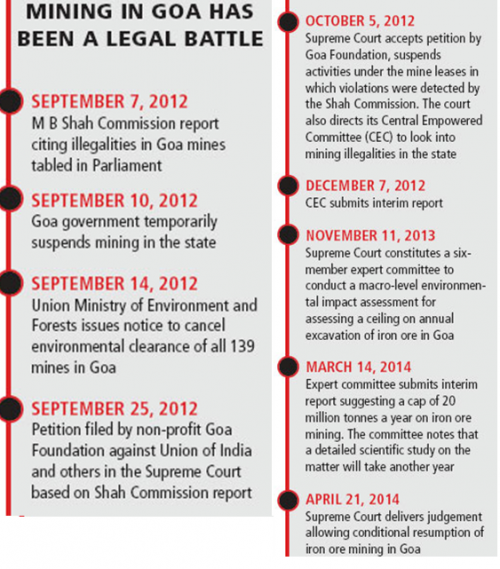 Despite all the ECs being suspended by the ministry earlier in 2012, and SC directing that fresh ECs have to be obtained by mine lease holders, the environment ministry had lifted the abeyance order in March 2015.

Following the renewal of 88 mining leases, the Goa government had requested the environment ministry in January and February 2015 to lift the abeyance order of September 2012 on ECs. Subsequently, in March 20, 2015, the environment ministry lifted the abeyance order for 72 cases out of the 139 as imposed earlier. This is despite that fact that a special report of the Expert Appraisal Committee (EAC) of the ministry itself, chaired by Vishwanath Anand, former Secretary in the MoEF (report submitted in March 2013) noted several environmental violations by the lease holders: no approval from the National Board of Wildlife, excess mining, poor management of mine dumps, concerns about groundwater levels and no clearance from the Central Ground Water Board to draw ground water, and no forest clearance.