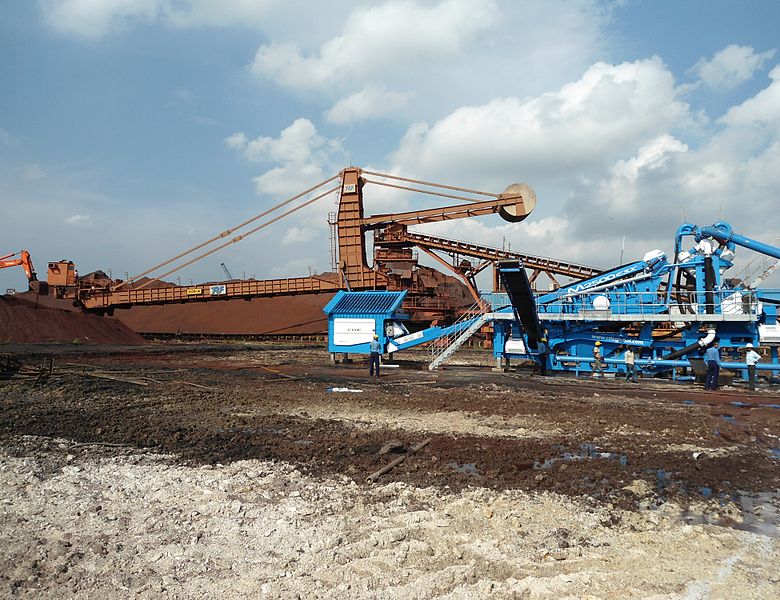 The Supreme Court this week has given a breather to iron ore mine leases in Odisha that were under suspension for the past two years. In a judgement delivered on April 4, 2016, the bench comprising Justices J S Khehar and C Nagappan asked the Odisha government to consider the re-commencement of operation of those mining leases, for which, applications had been filed for renewal in a timely manner and which had the required statutory clearances and permits, so that they could operate.

The court, by its order dated May 16, 2014, in the matter of Common Cause v. Union of India, (2014) 14 SCC 155, had restrained 102 mining leaseholders from carrying on any mining operations in Odisha. The order was given following the observation that “none of these leaseholders were in possession of clearances/approvals/consents, required for carrying on the mining operations”. However, the court had granted liberty to the lease holders to move the concerned authorities seeking requisite clearances/approvals/consent, and thereafter if satisfied, the  suspension order of the court could be revoked.

In due course, the mining companies had filed a number of applications before the apex court, seeking revocation of the suspension order, asserting that they had obtained all necessary approvals and thus were legally eligible to recommence mining operations.

What constitutes a subsisting right to carry on mining operation?

The request of the leaseholders for revocation of the suspension order was heavily contested by A D N Rao, amicus curiae in the matter. A key issue remained that “the question of granting permission to the leaseholders to recommence mining operations would arise, only if the leaseholders have a subsisting mining lease”.

The question then remained, whether or not the concerned leaseholders whose leases have remained suspended, have a subsisting mining lease?

The court deliberated on this question on the basis of certain provisions brought into the Mines and Minerals (Development and Regulation) Act (MMDR), 1957, by amending it in 2015; and the Mineral Concession (MC) Rules (1960).

The court noted that a new section was incorporated in the MMDR Act in 2015 (Section 8A), to address the various irregularities and contentions arising during the second and subsequent renewal of mine leases. The contentions particularly followed the fact that state governments were not acting on the renewal application of the leases in a timely manner when it came to them for such renewals. However, even without renewal, many leases continued to operate. This was being possible under the pretext of “deemed” extension of the MC Rules. The bench noted that, Sub-rule (6) of Rule 24A of the MC Rules postulates, “that if an application for renewal of a mining lease (made within twelve months, before the date on which the existing lease was to expire), had not been disposed of by the competent authority, the period of lease would be deemed to have been extended, by a further period till the state government passed an order disposing of the renewal application”. Therefore, seemingly in the face of the state’s inaction, “the right to continue mining operations would continue ad infinitum”.

However, many controversies resulted from understanding of deemed extension, including controversies of illegalities in Goa and Odisha mining. The court said that this had even “led to closure of a large number of mines”.

To address this, the amended MMDR Act has now done away with possibilities of deemed extension. The court said that this was “to address the hardship faced by leaseholder due to the second and subsequent applications for renewal, remaining unattended at the hands of the state government”.

The new Section 8(A) of the Act introduced through amendment, now allows mining leases to be granted for a straight 50-year period (except coal, lignite and atomic minerals). On the expiry of the lease period, the leases will be re-auctioned. The 2015 amendment also envisaged that all mining leases granted before the commencement of the MMDR Amendment Act (with effect from January 12, 2015), shall be deemed to have been granted for a period of 50 years.

The court particularly noted provisions of the amended MMDR Act, which concerns leaseholders who had moved a valid application for renewal to the state government in a timely manner, and was yet to be considered and disposed of, prior to January 12, 2015. The bench clarified that such mining leases would be deemed to be extended from the date of their last renewal to March 31, 2030 (in the case of captive mines) and till March 31, 2020 (for the merchant miners)”, as per provisions of Sub-sections (5) or (6) of Section 8A of the amended MMDR Act. However the court clarified that if “a leaseholder does not satisfy any of the required conditions of the lease, as for instance, in the postulated clearances/approvals/consent”, then the leases will not be entitled to the benefits given under Sub-sections (5) or (6) of Section 8A. Moreover, where the renewal of the mining lease already extends to a period beyond March 31, 2030 or March 31, 2020, the lease periods in such cases would continue up to the actual period contemplated by the renewal order.

Overall, the court concluded that “a leaseholder would have a subsisting mining lease, if the period of the original grant was still in currency on January 12, 2015. Additionally, a leaseholder whose original lease has since expired, would still have a subsisting lease, if the original lease having been renewed, the renewal period was still in currency” on the given date.

Lapsing of mining leases: Can automatic lapsing be inferred?

Besides clarifying the concern of subsisting leases, the court also clarified on the issue of lapsing of mine leases. Both issues are closely related.

The petitioner had argued that “as soon as the leaseholder has committed the default of not being in a position to carrying on (or for not having actually carried on) mining operations for a continuous period of two years, the lease would lapse”. However, the court dismissed the petitioner’s assumption saying that “lapse of a mining lease is not automatic”.

To clarify the situation, the Supreme Court once again referred to the amended MMDR Act and the MC Rules, 1960, under which the leases were granted and application for renewal was filed.

However, the court strongly held that “this does not mean an automatic lapse”. The bench referred to the set of conditions that are provided along with the concerned sections of the MMDR Act and the MC Rules.  As per conditions provided, the court noted that “a mining lease under Section 4A(4) would not be deemed to have lapsed, till the state government passes an order, declaring the mining lease to have lapsed, and further communicates the same to the leaseholder”.

So which leases can be considered for renewal and which cannot

Finally, on the basis of provisions of the MMDR Act following its amendment, and provisions of the MC Rules, the apex court clarified which leases can be understood by the state government as subsisting and considered for renewal and which cannot. In this respect, the court gave three key observations.

Firstly, “unless an order is passed by the state government declaring, that a mining lease has lapsed, the mining lease would be deemed to be subsisting”. This is “up to the date of expiry of the lease period provided by the lease document”.

Secondly, where “an application has been filed by a leaseholder, when he is not in a position to (or for actually not) carrying on mining operations, for a continuous period of two years, the lease period will not be deemed to have lapsed, till an order is passed by the state government on such application. Where no order has been passed, the lease shall be deemed to have been extended beyond the original lease period, for a further period of two years”.