An Indigenous group is bringing legal action against Adani, which may create a roadblock to building infrastructure around Carmichael coal mine 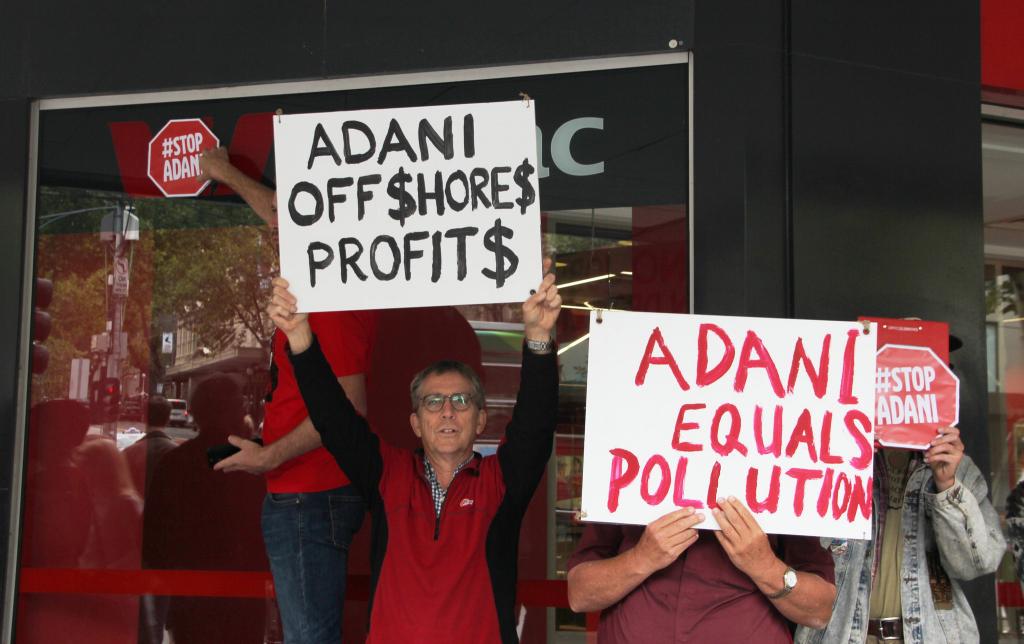 The future of the Ilua and Adani’s mine is far from secure. Credit: Takver / Flickr

The W&J struggle has largely focused on contesting Adani’s efforts to secure an Indigenous Land Use Agreement (Ilua) – the consent of the traditional owners for the mine to proceed. The Ilua would let Adani undertake all works associated with the project, and secure a 2,750 hectare area for critical infrastructure related to mine operations, including an airstrip, workers village, and washing plant.

While the National Native Title Tribunal authorised the Queensland Government to approve the mining leases for Adani in 2016 without the consent of the W&J, this is subject to ongoing legal challenge. Without an Ilua, there is no legal basis to build the infrastructure. In this scenario, the only option would be the compulsory acquisition of land by the state – an unprecedented move in the history of native title that would privilege mining interests above the wishes of traditional owners. Members of the W&J Traditional Owners Council outside the Federal Court. W&J Council

We are undertaking a research project in collaboration with the W&J and Australian Lawyers for Human Rights. The W&J have provided us with access to their files, and we have conducted preliminary analysis of the political, social and economic context of their campaign.

Earlier this week both houses of Parliament passed amendments to annul the effects of a February 2017 Federal Court full bench decision that confirmed the Native Title Act required all registered native title claimants to sign an Ilua. This overturned a previous decision made by a single judge, which allowed that one signature was sufficient, as long as an Ilua had been approved by the claim group.

The W&J had moved quickly, on the basis of the court decision, to have Adani’s claimed deal struck out. But the Federal Government moved swiftly too, less than two weeks later placing amendments before Parliament that removed the W&J Council’s option to annul.

These amendments, while validating existing Iluas that could have been brought into question, are also widely acknowledged as a fix for Adani. In April, Prime Minister Malcolm Turnbull reassured senior Adani executives in India that the native title situation would be fixed.

However, the future of the Ilua and Adani’s mine is far from secure. W&J legal action challenging Adani’s Ilua process on several grounds is set for hearing in the Federal Court in March 2018.

The Shadow Attorney-General Mark Dreyfus has affirmed the question mark over the agreement, saying:

It is not my understanding that this bill will provide some kind of removal of a final legal hurdle for the Adani mine […] they [the W&J] have made clear that there are some very serious allegations of fraud that have been made against Adani.

In a further recent twist, Wangan and Jagalingou representative Craig Dallen, who previously signed Adani’s Ilua documents, has withdrawn his support in an affidavit. He’s also raised doubts about the meeting processes that were used to construct the deal.

In evidence submitted to the Federal Court, the W&J argue the attendance record at the meeting organised and paid for by Adani shows that many attendees were not present at prior native title group authorisation meetings, and are not Wangan and Jagalingou claimants.

The lure of Iluas

Iluas are very hard for Indigenous people to resist. The native title regime provides very limited protection, such that Indigenous people are often forced to take a poor Ilua deal, rather than risk ending up with nothing at the National Native Title Tribunal.

While Adani has filed for registration of an Ilua, the W&J calls it a “sham”, asserting that the Wangan and Jagalingou people have rejected a deal with Adani on three separate occasions since 2012.

The limitations of Iluas for Indigenous people partly arise because native title is a highly contingent and weak form of title. It does not apply where Indigenous observance of custom has been disrupted. However the colonial pattern of frontier violence and policies such as assimilation sought, by design, to directly eliminate custom.

Native title can also be extinguished, and can only be claimed in certain areas where other legal title (such as freehold) does not exist. Rights granted under native title are also typically non-exclusive, giving little opportunity to control access to land or its use.

While the W&J are making use of the legal avenues available to them through the native title process, they are also asserting their rights apart from it. Their legal strategy is a rejection of what they see as a constrained native title system, in which Indigenous peoples’ agreement or acquiescence to mining is the norm.

Instead, the W&J are part of a growing international Indigenous rights movement that firmly centres Indigenous peoples’ interests in struggles for restitution and a sustainable future for their people. They stand on their right to free, prior and informed consent, reflected in the United Nations Declaration on the Rights of Indigenous People.

More fundamentally, though, the W&J stress that they are custodians of country, and are acting in accordance with Aboriginal law in their resistance to the Carmichael mine. This is contrary to Marcia Langton’s recent assertion that opposition to Adani’s mine is driven by a minority of Indigenous people at the behest of the greens.

This article is based upon a recently released report, Unfinished Business: Adani, the State, and the Indigenous Rights Struggle of the Wangan and Jagalingou Traditional Owners Council.