Thought to be a game changer for India's mining affected people, the District Mineral Foundation is yet to identify its beneficiaries 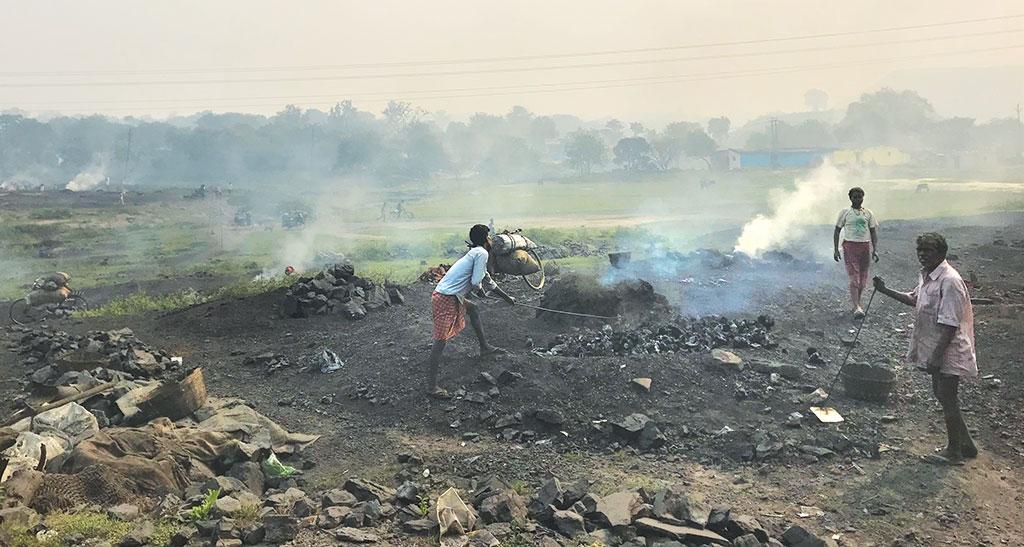 Despite being a mining hub, the people of Jharkhand's Jharia coal mining area have not received any funds from Dhanbad's `935-crore sanctions under District Mineral Foundation (Photographs: Chinmayi Shalya)

More than three years after the Centre rolled out the District Mineral Foundation (DMF)—an institution set up to benefit India’s mining-affected people—life remains a daily struggle for Jhinki, a resident of Chhattisgarh’s tribal Korba district. The irony is that despite having an impressive Rs 674 crore, the DMF fund in Korba has done little to provide Jhinki and others in the district access to clean water, healthcare, nutrition, education or livelihood options. The plight of Jhinki is shared by many more people in India’s mining areas, even though the country has collected over Rs 19,400 crore under DMF.

After a decade of deliberations, DMF was instituted in March 2015 by amending the Mines and Minerals (Development and Regulation) Act (1957) to “work for the interest and benefit of persons, and areas affected by mining-related operations”. Today, poor implementation has shadowed its prospects, with many fearing it might just be reduced to another general government scheme. The mining districts, ironically, are the richest lands in the country inhabited by some of the most deprived people.

The law says a DMF trust has to be set up in all the mining districts of the country. The trust will receive payments from the mining companies operating in the district. “DMF technically can be a game changer for India’s mining-affected people and areas. The fund, which is untied and non-lapsable, provides a defining opportunity to overturn the decades of injustice meted out to the millions living in India’s mining districts. But DMF can only deliver if it is implemented in letter and spirit of the law,” says Chandra Bhushan, deputy director general of New Delhi-based non-profit Centre for Science and Environment (CSE) (see ‘A dig at the poor’,). A recent CSE report titled “People First: District Mineral Foundation Status Report 2018” highlights how the scheme is faltering, despite its potential. It evaluates DMF’s implementation in 12 top mining states and carries out in-depth reviews of the 13 top mining districts in Jharkhand, Rajasthan, Chhattisgarh, Madhya Pradesh and Odisha that account for over 72 per cent of the total DMF fund.

The DMF rules require the identification of the mining-affected people and areas to direct investments effectively. This not only includes the mining areas, but also areas where families have been displaced or rehabilitated due to mining, and villages that depend on the mining areas for economic needs.

In practice, none of the districts have identified the mining-affected people, who have the primary right to benefit from DMF. This has left out a big proportion of people. For example, in Jharkhand’s Dhanbad district, which has old coal mines, the people of Jharia region, or those who have been relocated from there, have been completely left out from the districts Rs 935 crore DMF sanctions.

A similar situation can also be seen in Odisha. The CSE report says that Sundargarh, one of Odisha’s top mining districts, is using Rs 113 crore for providing piped water supply to municipalities that are not mining-affected. At the same time, only Rs 7.5 crore has been sanctioned for the district’s worst mining-affected Koida block. 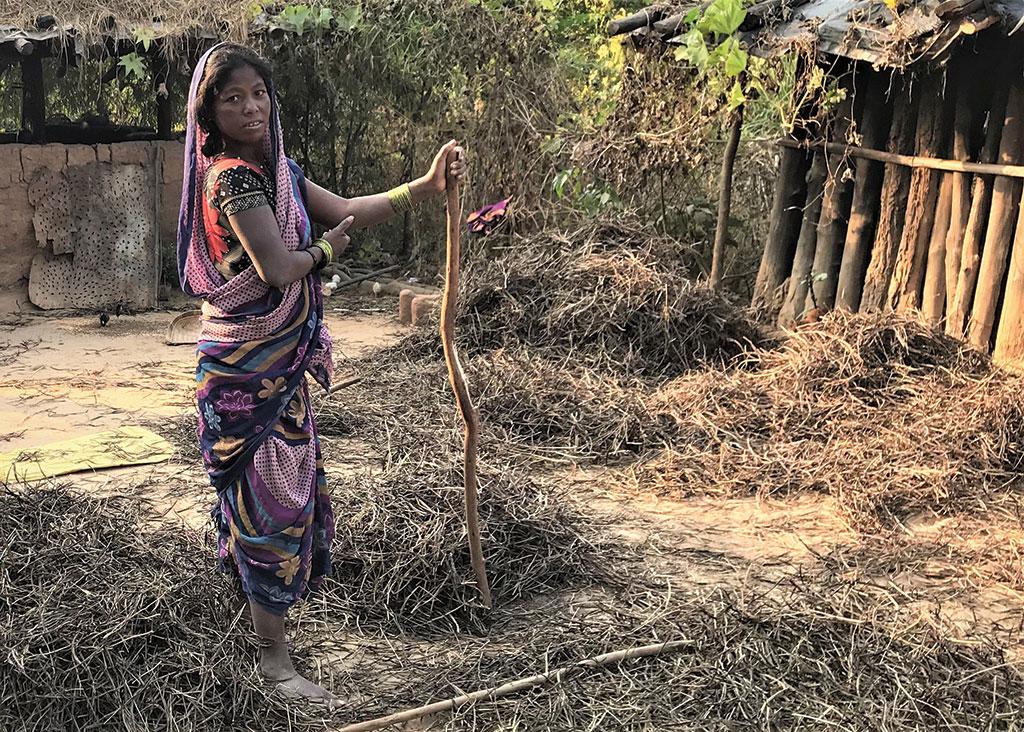 One of the most important features of DMF is its bottom-up approach, which focuses on directly engaging the people in the decision-making. The DMF projects have to be planned in consultation with the gram sabhas, which should also review the works and identify the beneficiaries.

The CSE report says the administration in none of the 13 districts provided concrete evidence on the involvement of gram sabha in decision-making. The collector’s office in Sundargarh, in a Right to Information (RTI) application, shows that the district had informed the people of the projects during a village meeting and got some of the residents to sign on the proposals. An RTI response from Korba states that the “required information (is) not available at the office”. A district collector in Chhattisgarh, on the condition of anonymity, admitted that the process is “not at all consultative”. The CSE report also says that field visits reveal poor knowledge of DMF among the people in most areas.

While the affected people are being sidelined, bureaucrats and political leaders are increasingly overcrowding the DMF administration. The rules suggest the DMF trust will be run by a governing council and a managing committee. CSE’s report, however, says that in almost all the 12 states, Members of Parliament (MPs) and Members of Legislative Assembly (MLAs), and not the gram sabha, are representing the people in the DMF trust. “Thus DMF decisions are driven by political interests,” says Laxmi Chauhan, a human rights activist from Korba. The exclusion of the people is only increasing. In June this year, Telangana and Rajasthan amended their DMF rules to include MPs and MLAs, in the DMF governing council. The Telangana amendment has also transferred all the powers of the gram sabha to a single DMF committee, which now has only bureaucrats and political leaders.

Funds without a plan

One of the biggest problems with DMF today is that the funds are being spent without proper planning, leading to misplaced investments. Lack of people’s participation has also left out some of the critical issues that DMF funds should have been spent on a priority basis. An example of this can be seen in Sundargarh. The area has an alarming under-five mortality rate (67 per 1,000 births), and stunted growth, yet a paltry Rs 3 crore has been allocated for women and child development, out of the district’s Rs 745 crore sanctions. In contrast, the district has already spent more than Rs 300 crore DMF funds on building roads and bridges. Child nutrition and development issues have also been neglected in Singrauli, West Singhbhum, Bhilwara despite these districts being under the national radar for poor nutrition indicators, says the CSE report.

The prospects of addressing child malnourishment have been further restricted by directions from several state governments. For example, Jharkahnd’s West Singhbhum district is unable to make necessary investments in child nutrition because the state government in 2016 emphasised that DMFs should only focus on piped water supply and sanitation.

Need for a course correction

The first three years of DMF show worrying signs. “As we enter the fourth year, it is time to sort out the planning and implementation issues,” says Bhushan. Aboobacker Siddique P, secretary, mines and geology department, Jharkhand, says that this will require strengthening of the institutions. “The deliberative capacity of gram sabhas should be improved,” he adds. Officials from the Union Mines Ministry say that DMFs need to have dedicated staff and office space for coordination, planning and monitoring. S Vijay Kumar, a distinguished fellow of The Energy and Resources Institute (TERI), New Delhi, suggests need-based annual planning for DMFs. “The plans can be around the Sustainable Development Goals (SDGS), such as reducing child mortality or improving healthcare access within a time-frame. This will help achieve better outcomes through DMFs,” he adds.

Finally, with such huge amounts of public fund, DMFs should be made more transparent by sharing everything in the public domain, a point that is even mentioned in the law.

(This article was first published in the 16-31st issue of Down To Earth under the headline 'Of funds and fallacy').