Morwa town, built to serve mining companies, faces the ugly truth of its own displacement 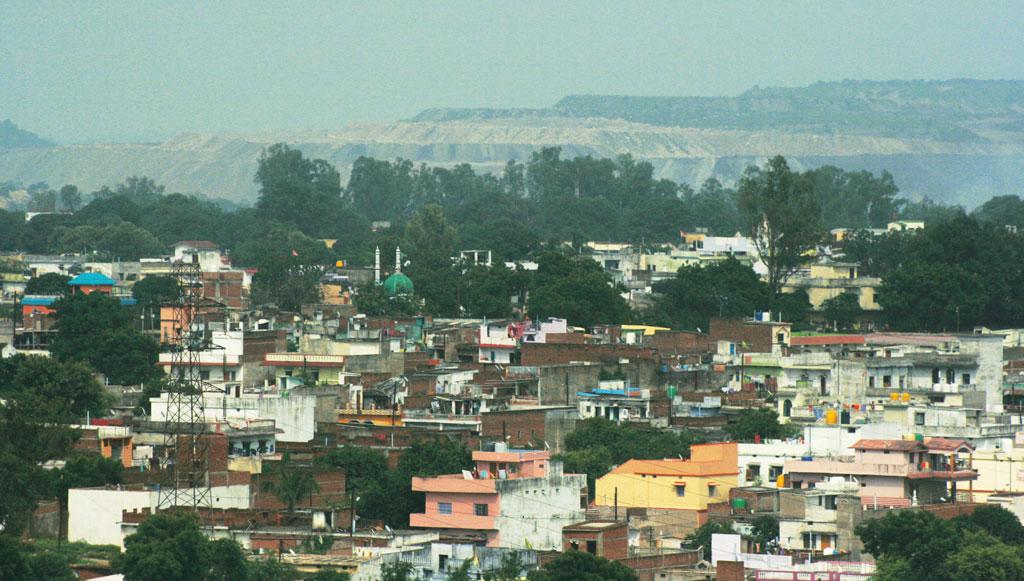 Morwa, a town of 50,000 people, has been acquired by Northern Coalfields Limited for coal mine expansion (Photo: Anupam Chakravartty)

Perhaps for the first time, an entire town will be brought down for mining development. The Coal Bearing Areas (Acquisition and Development) Amendment Act, 1957, is threatening to wipe Morwa—a town in Madhya Pradesh—off the map. The Act has become the focal point of all conversations among the people in the region, whether hoteliers and vegetable vendors or tribals living on the outskirts of the town. Northern Coalfields Limited (NCL), a subsidiary of Coal India Limited, is set to acquire the entire town and 10 adjoining villages under the Act, turning the area into a coal mine.

Morwa is situated at the heart of Singrauli district, which is home to abundant reserves of power grade coal and is known as India’s energy capital. The town was born in the 1950s when rapid infrastructure and industrial development in the region displaced people by the thousands (see ‘Displaced, again’). They flocked to the seven villages in Morwa, and gradually the area mushroomed into a bustling township of 11 municipal wards with a population of 50,000 residents.

Surrounded by 40-storey-high mounds of mining waste and a permanent haze of mining dust, Morwa today has five schools, three hospitals, a bus stand, a railway station and a part of National Highway 75E which runs through the town. Most people are employed in servicing nearby coal mines as workers or as transporters of mined coal and hotel owners who cater to visiting NCL officials. But the same mines that have sustained Morwa till now will soon expand to swallow it completely.

Towards the end of 2015, local media first reported that Ward number 10 of Morwa and 10 villages dominated by the Gond tribe would be acquired for expansion of coal mines. The move would affect areas on the outskirts of the town and displace 400 families. On May 4 this year, the Ministry of Coal issued two extraordinary gazette notifications under Section 4 of the Act for the acquisition of 19.25 sq km of area in two phases. This is an emergency provision that allows immediate takeover of land and will cover the entire town.

The residents protested the takeover, claiming that the acquisition notice violated many legal provisions. As the Act allows the residents to file their objections within 90 days of the notice, they sent a letter to NCL in June. But NCL refused to even talk to them. “We filed our objections, but NCL officials didn’t accept them,” says Vinod Singh, secretary of the Singrauli Vikas Manch, an association of local residents. After pursuing NCL officials for several days, the residents finally approached the Singrauli district collector, Shivnarayan Singh Chauhan, on August 15. Though the date for filing of objections had passed, Chauhan allowed an exception.

This prompted NCL to issue a reply on September 10. It stated that the land in Morwa had been identified as a coal-bearing area in 1960 and was required for meeting the coal production targets of NCL. In a letter, NCL chairperson Tapas Kumar Nag said, “The mining-affected people will be adequately compensated under the Coal Bearing Areas Act.” But NCL officials are mum on when the land acquisition will begin and how residents will be compensa ted and rehabilitated. Kalki Shukla, a local BJP leader, says, “Despite several appli cations, under the Right to Information Act, we have not received any information on rehabilitation.”

A senior NCL official told Down To Earth that the company has already planned to set up a smart city called New Morwa to relocate the displaced people. But the city will be spread over only 4 sq km, making the resettlement of 50,000 residents of Morwa town and 3,500 residents of the adjoining villages seem impossible.

People have staged four protest rallies since June, demanding details of rehabilitation and resettlement from NCL. Vinod Singh, a hotel owner who used to transport mined coal for NCL, is aghast at the casual attitude of the officials. “This town is home to the same people who work with NCL. Even then they are not telling us how they will compensate us or provide relief and rehabilitation,” he says. He alleges that NCL threatened to terminate the contracts of those who joined the protests.

Kanti Devi, a vegetable vendor, belongs to a family of displaced people. Her husband’s family was displaced by the Rihand Dam in the 1950s, while her family was displaced by the National Thermal Power Corporation plant in Shaktinagar in the 1980s. “We started our life afresh in Morwa. But the ghost of displacement has come back to haunt us once again. Even if we get a big compensation package, where will we go?” she asks.

The process of compensating residents in and around Morwa is likely to be a complicated one. Only those who have pattas or own registered land will be eligible for compensation, leaving out the others. The residents have also no hope of getting good prices for their land. “Compensation rates under the Coal Bearing Areas Act are five times lower than under the Land Acquisition (Relief and Rehabilitation) Act (LARR) passed in 2014. We should be compensated under LARR Act,” says Awadesh Kumar, an environmental activist.

In Kathas village on the outskirts of Morwa, many land owners do not stand a chance of getting compensation because they do not have pattas. The collector has also banned the registration of new pattas because “land sharks are trying to usurp adivasi land”, according to sources in the collector’s office. Shiv Kumar Singh Ayam, a Gond tribal and daily wage earner, says, “The biggest problem is converting our land into patta. The patwari asked for R20,000 to convert one hectare of land. We know our rights under the Forests Rights Act (FRA), but our panchayat head may not support us. Our future is uncertain,” he says. The FRA may also not apply in this case since the acquisition is for the expansion of existing mines, and not the digging of new ones.

The Madhya Pradesh government has decided to invest one trillion rupees in thermal power plants. By 2017, Singrauli alone is expected to feed around 35,000 MW of electricity to the national grid. Going by the present state of affairs, the fate of towns such as Morwa is sealed. Gauri Shankar Dwivedi, a member of the Singrauli Jan Andolan, says, “It took us 50 years to build this town and soon, it will be laid to waste. I wonder what kind of compensation would be befitting.”

The story has been taken from the 1-15 October, 2016 issue of Down To Earth magazine.