India's search for uranium could displace 4,000 in 13 tribal villages of Madhya Pradesh 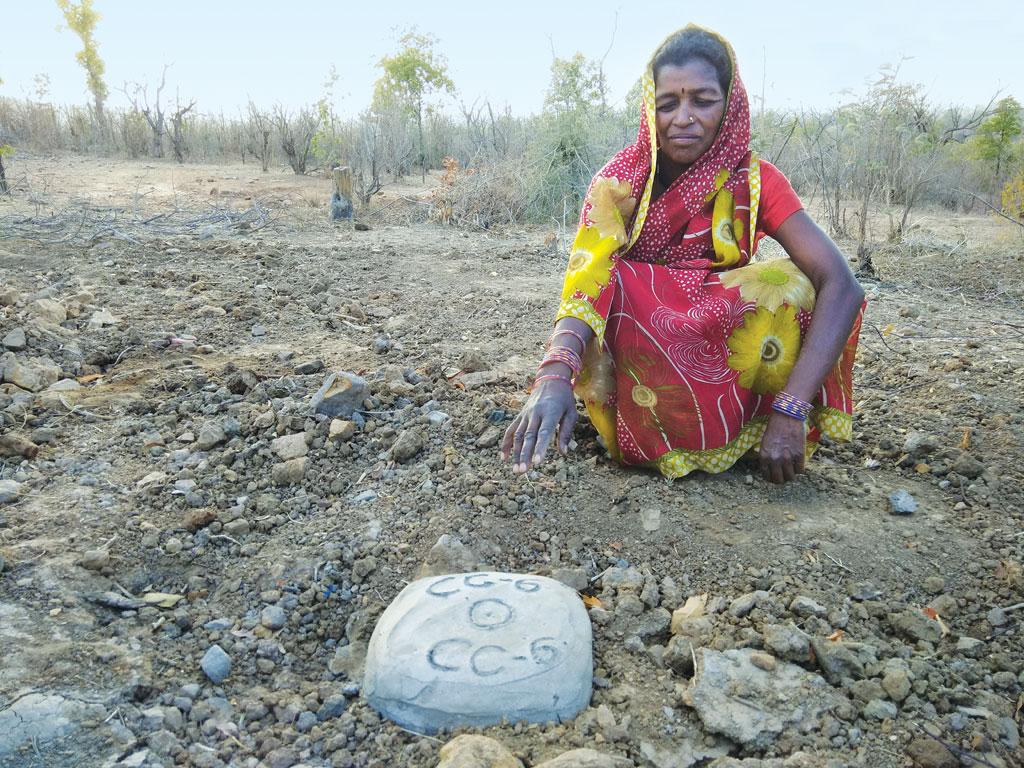 A sealed and marked drilling site in Kochamau village of Betul (Photographs: Jitendra)

At around 3 pm on a hot April day, the tranquillity of Kochamau, a tribal village in Madhya Pradesh’s Betul district, was disrupted by the sound of helicopters flying past. As people ran out of their houses, they saw huge machines dangling from the helicopters that were whirring precariously close to the roofs of their houses. Nobody knew what was happening. The sporadic flights continued for weeks, sometimes two-three times a day, till the village residents were informed by Shramik Adivasi Sangathan (SAS), a non-profit working in the region, that the government was exploring the area for uranium deposits and that the helicopters carried machines to send electromagnetic waves to scan underground deposits.

The secrecy of the operation was such that no notice boards were on display in the area. When Down To Earth (DTE) visited the forest surrounding Kochamau, there were two giant machines and a few tents. But the guards refused to speak and denied permission to photograph the machines or to enter the area.

India’s appetite for uranium is growing rapidly. It has 22 nuclear power reactors that produce 3 per cent of its electricity. But the government wants to take this share to 25 per cent by 2050. On May 17, the Union government approved construction of 10 nuclear power plants (see ‘Nuclear’s unclear leap’, DTE, 1-15 July, 2017) and the exploration in Betul appears to be a search for more fuel.

However, the exploration has adversely affected the lives of around 4,000 people in 13 villages that fall under three panchayats—Khapa, Kachchar and Jhapri. Most of the people belong to the Korku and Gond tribes. The problem started when the surveyors, who are from the Atomic Minerals Directorate for Exploration and Research (AMDER), stopped village residents from entering the surrounding forests to collect firewood and started to drill in their farms. Kalla Korku of Kochamau says he had to stop the surveyors from drilling in his field. Chunnalal, resident of the same village, says, “They drilled at two places in my 2-hectare field without my permission.

When I objected, they behaved rudely and said they were doing government job.” Some residents also reported that the surveyors blocked a nearby stream causing water scarcity in the area and that they themselves had to remove the blockage. They also said that the surveyors have cleared patches in the forest and drilled at several places. “We are harassed for entering forest to collect forest produce, but see how they have destroyed our jungle,” says Malti Korku of Kochamau village. She also adds that this is not the first time tribals of Betul are facing displacement. In 1971, over 1,000 families in 23 villages were displaced to allow for the construction of Central Proofing Establishment, the country’s largest ammunition test-firing range, in Kesla block, which is 20 km from Kochamau. About 600 families were provided land while the rest were rendered homeless. Malti Korku says her parents were among the displaced. “We had 5 hectares but became homeless. This time we won’t leave.”

“Since the villages are in a Fifth Schedule area, they are governed by a special administrative system, and any exploratory activity without the permission of all the concerned gram sabhas is illegal,” says Anil Garg, a Betul-based advocate and forest rights activist. But this has not been the case. A letter, signed by the sarpanch and the secretary of Khapa panchayat, allowing AMDER exploratory activities and drilling up to 200m, was issued on April 14, 2016. Flouting all norms, the letter also granted permission on behalf of the two other panchayats—Kachchar and Jhapri.“What’s worse, it carries the names of only 10 village residents when at least two-thirds of the residents need to agree to grant such a permission,” says Alok Sagar, member of SAS. The Khapa sarpanch and panchayat secretary refused to talk to DTE. 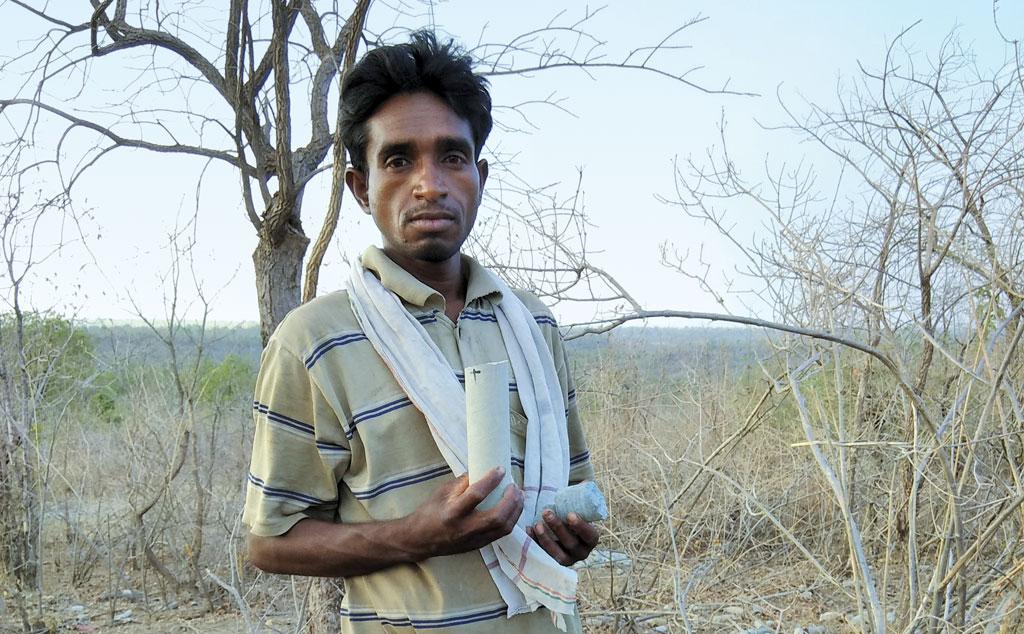 On April 20, residents of Khapa panchayat filed a written complaint with the district collector of Betul, Shashank Mishra, demanding an end to the exploration. But no action was taken. When contacted, Mishra said that he was not aware of any complaint against the exploration. “I will check with my office,” he said. He also added that he has not received any official intimation about the exploration. “I heard about it through the media,” says Mishra.

Same was the case with Vinit Austin, director, Directorate of Geology and Mining, Bhopal, who denied knowledge of the exploration. But he also said that the Central government does not require permission of the state government or local administration to undertake such exploration. However, O P Yadav, regional director, Central Region, AMDER, accepts that the exploration has been going on for a year. “Drilling activities started in April 2016, while the aerial exploration started in April this year. We have taken samples from many places and are analysing them. Aerial geophysical surveys are still going on,” he adds. However, he denies that there has been any protest. “Community assent is not required for exploration. It will be necessary once the mining site is finalised,” he said.

“Tribal people are rarely informed that the Constitution guarantees them the right to stay put. They are often threatened and the compensation money is rarely sufficient to allow them to adapt to life outside the forest. In most cases they do not even receive what they were promised,” concludes Xavier Dias, a Jharkhand -based anti-mining activist.