Residents of Katikela were demanding rehabilitation, permanent jobs and abatement of pollution by the company 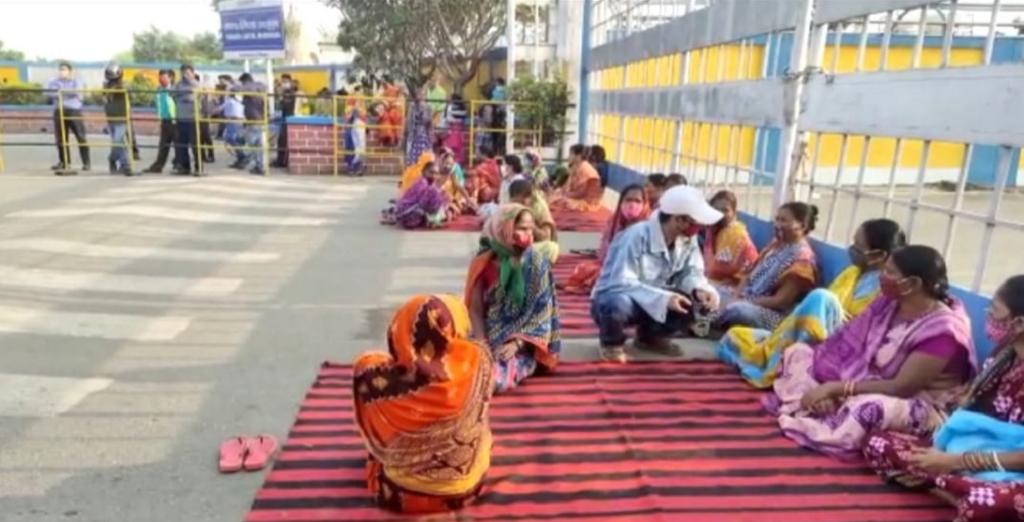 The protesting residents of Katikela at the gates of the smelter plant of Vedanta in Odisha's Jharsuguda district. Photo: Amjad Badshah

The residents of Katikela in Odisha’s Jharsuguda district ended a 12-hour-long protest and blockade of Vedanta’s aluminium smelter and power plant October 27, 2020, after written assurance from the company that their demands would be met.

Katikela is directly impacted by the plant. The plant’s fly ash is dumped into the village’s pond. The residents had demanded rehabilitation and permanent jobs for those among them who had been displaced. They had also asked the company’s administration to take effective measures for abatement of air pollution caused by the fly ash.

More than 50 residents of Katikela, including women, children and the elderly, started the protest in front of the main gate of the company, blocking the movement of company officials and staff.

They relented towards evening after company officials wrote on its letterhead that they would take steps to resolve the issue and complete the process by January 30, 2021. Each family would get a plot from a land measuring 19.02 acres, they wrote. 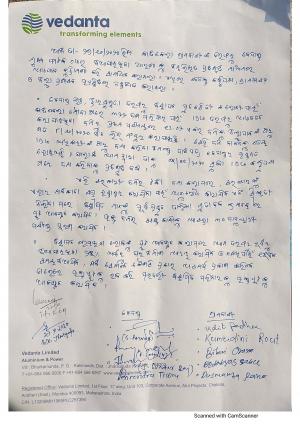 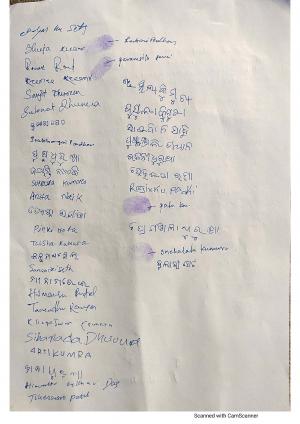 Pages 1 and 2 of the written assurance in Odia, provided by Vedanta officials on the company's letterhead to Katikela's residents. Photo: Amjad Badshah

But the company remained silent on the issue of permanent jobs and pollution abatement measures in their note. The assurance was jointly signed by officials of the district administration, company officials and agitating villagers.

Vedanta had similarly signed a tripartite agreement with villagers and the administration at the district collectorate conference hall in 2017. But the villagers who agitated October 27, alleged they were not included in the list prepared in 2017 for benefitting the people who were to be displaced.

The agitating villagers told this reporter that if the company failed to act on its written assurance by January 30, they would stop the dumping of fly ash into the village’s ash pond.

The villagers have also been voluntarily demanding that they be removed from the area for a long time. However, the Vedanta administration has so far been very slow in advancing the rehabilitation process.