After the Centre reiterated its move to open up uranium mining in the state, the highest council of the Khasi community says it will not grant an NOC 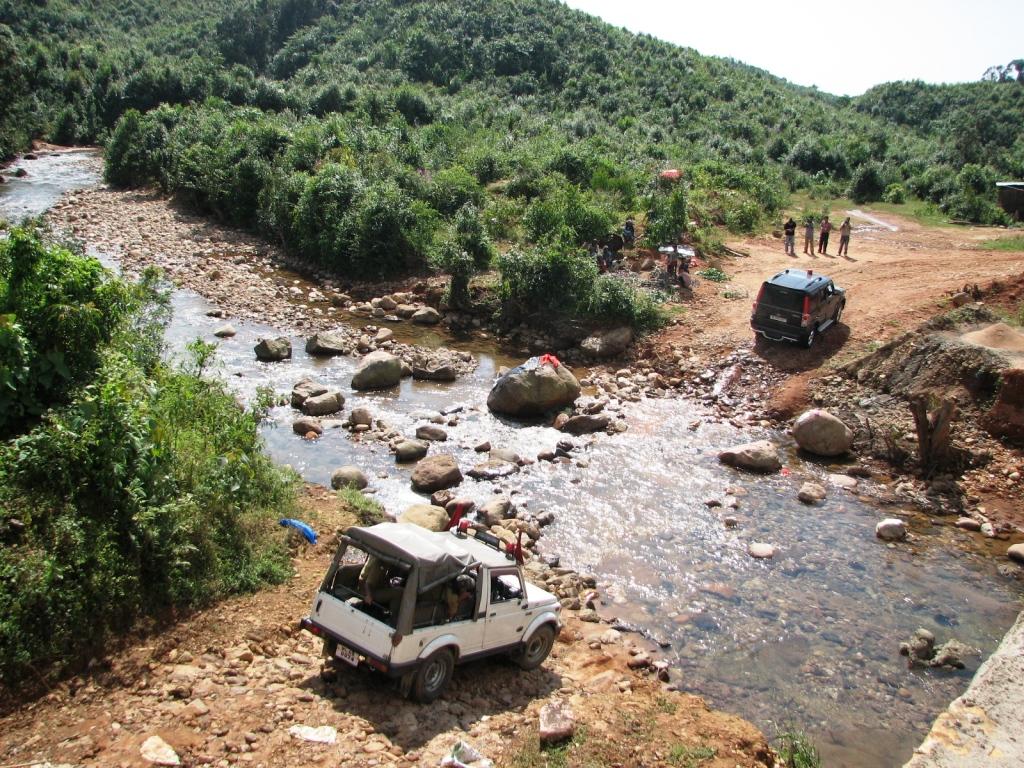 The Centre, in February 2017, reiterated that the uranium mining activities will be pursued in Meghalaya. Credit: Rikynti Marwein / Flicker

With the Central government planning to revive uranium mining in Meghalaya, the Khasi Hills Autonomous District Council (KHADC) has taken the side of the student organisations and NGOs opposing Centre’s plans. According to Chief Executive Member of KHADC, P N Syiem, the council has unanimously approved the decision to not grant No Objection Certificate to uranium mining in Meghalaya.

On February 8, in a written response to a question in the Lok Sabha, Jitendra Singh, Minister of State in the Prime Minister’s Office (PMO), who is also handling the Atomic Energy portfolio, said that it has already planned to develop the mineral resources at Domiasiat, a village in West Khasi Hills, about 130 kilometres from the state capital, under the name of ‘Kylleng- Pdengsohiong-Mawthabah (KPM) Uranium Mining Project’.

Incidentally, in August, 2016, the Meghalaya government revoked its earlier decision that granted permission to the Uranium Corporation of India Limited (UCIL) to conduct uranium exploratory activities in the state. The government had granted the UCIL 422 hectares of land in Mawthabah area of South West Khasi hills in August 2009.

However, the Centre, in February 2017, reiterated that the uranium mining activities will be pursued in the state. “Uranium mineralisation in Meghalaya has been found over a large area around Domiasiat, Wahkyn, Lostoin. The project has the potential to generate substantial nuclear fuel for the atomic power plants of the country,” Singh stated while adding that a detailed project report has been approved by the Atomic Energy Commission. Further, the minister wrote that environmental clearance for KPM project has been obtained from the then Ministry of Environment and Forest in December 2007.

“An agreement has also been signed between the UCIL and the land owners of the project site in May 2007 for acquisition of land on annual lease rent basis,” he stated in the floor of the Parliament. On the other hand, the Atomic Mines Directorate (AMD), which takes up exploration of uranium reserves, has already floated a commercial tender for exploration for drilling in Nongjri Plateau in South West Khasi Hills District, Meghalaya on December 27, 2016.

Exploration for uranium in the same region was done by West Bengal-based Maheshwari Mining Limited in Nongjri since 2007. However, the KHADC was not informed about the mineral that company was looking for, according to Syiem. Although the KHADC granted a trade licence to the company, the details of exploration were missing. “We received several complaints from the local organisations and communities living in the areas. Upon perusal, we found that there were massive discrepancies in the documents presented to the council,” said Syiem. In June 2011, the company was asked to surrender the trade licence for felling large number of trees and polluting the local water by disposing drilling waste in the neighbouring water bodies.

The KHADC, which is one of the 14 councils in the six schedule areas in the country, reserves the right to grant permissions to acquire land for different kinds of activities by the government as well private organisations. According to the members of KHADC, as of now, the earlier experience of Uranium mining has forced people, including previous land owners who diverted their land for exploration, to rethink about the mining of the radioactive element.

On the other hand, according to the AMD, India’s largest and richest sandstone-type uranium deposits are located in Domiasiat and Wahkyn areas of West Khasi Hills district of Meghalaya. So far, nearly 131 km of drilling by completing about 1,800 boreholes has resulted in procuring 16,000 tonnes of uranium ores, accounting 14 per cent of India’s total uranium reserve.

The KHADC’s decision is backed by two powerful student organisations—the Khasi Students' Union (KSU) and the North East Students' Organisation (NESO)— that have been opposed the Centre's move to develop large deposits of uranium in Meghalaya. "We had made it clear to the government that we would continue to oppose uranium mining until a common understanding of all stakeholders is reached on the issues and all the apprehensions of the people addressed," the KSU president Daniel Khyriem said while addressing a press conference in Shillong.