Mission health for all 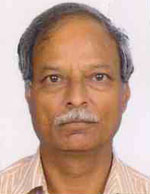 Prime Minister Manmohan Singh has declared the 12th Five-Year Plan of India as a health plan. The commitment made by the highest executive of the country is a welcome indication, but to accomplish it India needs to create a more comprehensive and epidemiologically evolved blueprint for universal, unconstrained access to basic, quality healthcare and simultaneously deal with the social determinants of health for the entire population.

The immediate step in this direction ought to be strengthening of the public health system and improving their accessibility which can be possible only if public spending on healthcare is increased significantly. Currently, public spending in health is around 1.2 per cent of India’s GDP which is one of the lowest in the world.  WHO suggests that a country should spend at least 5 per cent of its GDP to provide reasonable level of healthcare to its citizens. Although, India’s total spending on health is about 4.8 per cent, most of it is private which essentially is out of pocket. This exorbitant out of pocket spending has been the cause of increasing rural indebtedness, families falling below poverty line and patients not seeking treatment.

The National Rural Health Mission (NRHM) which commenced in 2005 initiated a process of health reform. However, most transformations under NRHM have remained ad hoc, inconclusive and incomplete owing to complicated fiscal arrangements despite more funds being made available by the Centre. The partial impact of NRHM can also be linked to its limited focus on maternal and child health and communicable diseases, and that too only in rural areas. Yet another set of reasons are that NRHM was perceived as a temporary support by the state governments from Central government because of its time frame from 2005-2012. Therefore, they were unwilling to recruit permanent human resource or initiate any other such activity or programme which may lead to permanent liability. NRHM also did not make any significant impact in reducing out of pocket health spending which to a great extent is on purchase of medicines and seeking curative care from private health providers.

If the country has to move towards the goal of health for all, the issue of allocations for health made by the state and Central governments is required to be sorted out soon. Health in India is a state subject and prior to NRHM, the Central government’s share in healthcare was about 15 per cent only. This has now increased to about 25 per cent because while Centre has increased its share, state governments have not enhanced their share proportionately and perhaps some have reduced. Therefore, overall fund availability for health care services has improved very marginally. This mindset of the state governments have to change and the Central government also should make its commitments of support more clear and stable.


Narendra Gupta is a community health physician who has worked extensively on the rights of tribal and other marginalised communities of Rajasthan. He is currently campaigning for free treatment to all and working with Prayas at Chittorgarh and Centre for Health Equity in Jaipur