A day after: Cyclone Amphan throws life out of gear in Odisha districts 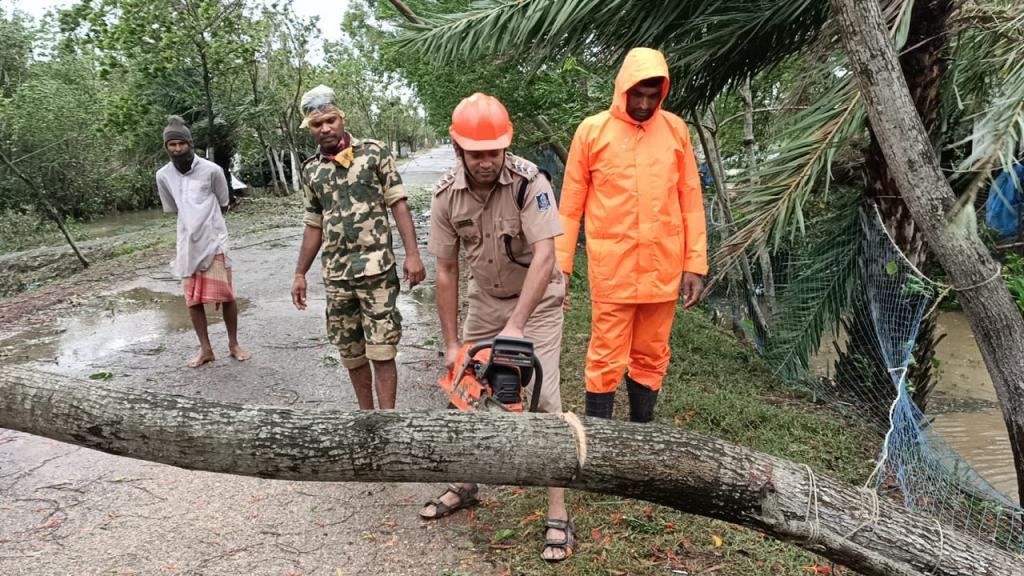 Cyclone Amphan made a landfall on May 20 afternoon near Sagar Islands in West Bengal. It battered seaside villages and towns, destroying houses, knocking down up trees and knocking out power supply.

The cyclone, residents said, has stripped them of a sense of normalcy. Several in Bhadrak district claimed their houses were completely damaged.

Tapan Swain (56), a resident of village Dhamara in Bhadrak district constructed four-roomed asbestos-roof house three years ago. His house destroyed, he took shelter in a cyclone shelter home with his family members.

“Many villagers are asking for polythene covers for their damaged houses. But the authority is yet to provide sufficient polythene sheets. We will rebuild our houses,” said Maheswar Jena of Jaleswar town in Balasore district.

A fisherman from Chandabali village said he lost everything to the cyclone and was planning to start life afresh. 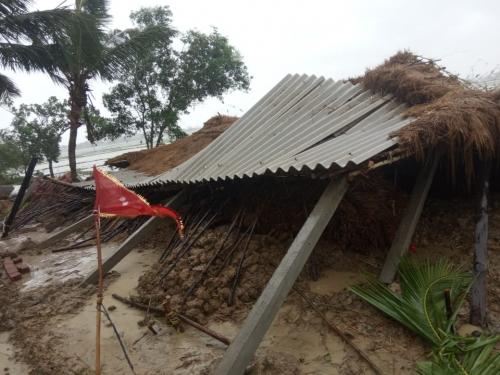 Several houses were damaged in the state. Photo: Ashis Senapati

Incessant rains for the last two days threw normal life out of gear in all three districts. The downpour flooded many low-lying areas. Many people confined as rainwater entered their houses. The high winds swept electric poles, wires and other infrastructure, plunging areas into darkness.

The gale destroyed large tracts of green gram (mung), black gram (biri), jute, banana and other crops across the state.

“We were preparing to harvest mung and biri within a week. But the incessant rain damaged our crops,” said Purnachandra Mandal, a farmer of Dhamara village.

Some farmers who harvested biri and mung crops hurriedly fearing the worst stored the harvest in their houses.

“I harvested biri crops over my one-acre land five days ago. But I could not harvest Biri over my three acres in Basta village due to non-availability of workers. The rain destroyed my crop there,” said Chitaranjan Das.

Revenue and Disaster Management Minister Sudam Marandi on May 21 said some 0.4 million villagers from 1,560 gram panchayats across 89 blocks were affected.

“Officials are repairing the damaged electricity lines. We have directed collectors of affected districts to submit an assessment report on damage,” he said.

He added that the assessment of damage to private properties in sectors such as houses, animal, husbandry, loss of boat and net, damage of fish pond/fish seed farm, sand cast, damage to crop and loss to handloom and handicraft artisans and enumeration of beneficiaries will be taken up on priority.

He said the department has also instructed other state departments to submit damage assessment report to public infrastructure soon.