The districts of Balasore, Bhadrak, Jagatsinghpur and Kendrapara were the worst-affected due to the cyclone 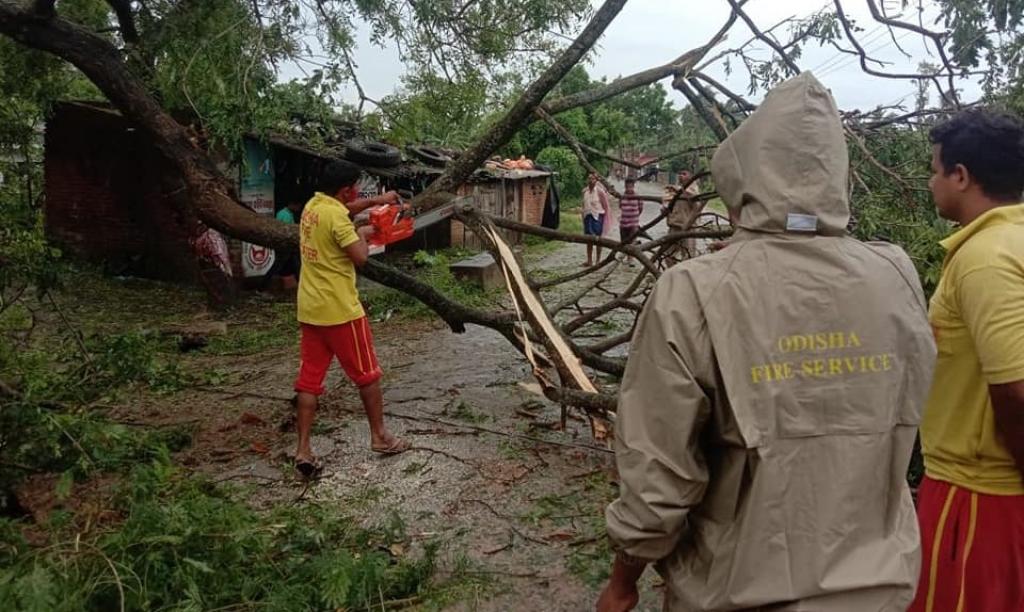 Cyclone Amphan, that struck the Sundarbans on May 20, 2020, has caused large scale damage in the coastal and northern districts of Odisha, even as two persons reportedly died in Bhadrak and Kendrapara.

The four coastal districts of Balasore, Bhadrak, Jagatsinghpur and Kendrapara were the worst-affected due to the cyclone, Odisha Special Relief Commissioner Pradeep Kumar Jena said in Bhubaneswar.

The cyclone uprooted thousands of trees, inundated cropland, damaged electric poles and blew away asbestos roofs, Jena said. He added that there were reports of several houses being damaged.

Out of a crop coverage area of 2,65,800 hectares in the northern and southern coastal districts, 1,37,400 hectares had been harvested in a week's time while harvesting of the remaining area was underway, Jena said.

However, about 90 per cent of the telecom towers / infrastructure were intact, according to preliminary assessment reports and only shifting of antennas were observed in the affected districts.

“Telecom service providers have started working in areas where the cyclone has subsided for restoration of the damaged equipment,” he said.

Jena, who directed the collectors of affected districts to submit preliminary reports, said the full extent of damage and destruction would be known after 48 hours.

Police said a small child died in Bhadrak district reportedly due to the collapse of a wall, while a woman in Kendrapara drowned in a nullah near her home where she had gone to catch fish. On the other hand, a mother and her newborn child were saved by fire services personnel in Kendrapara.

Around 0.16 million people had been evacuated to safer places in the affected districts by 2 pm on May 20. At least 1,885 pregnant women were shifted to  hospitals and other safer places.

The Panchayati Raj and drinking water department has engaged 276 diesel generation sets for uninterrupted rural pipe water supply in the affected districts in the absence of electricity.

A total of 40 teams of NDRF, 20 of ODRAF, 248 of fire services had been deployed in 12 districts for rescue and relief operations. Besides, 120 teams of Odisha Forest Development Corporation had been deployed to immediately clear roads of fallen trees and debris after the cyclone.