Assam: 94% of the state’s districts in the grip of floods

Every seventh Assamese is now a flood-victim, with 4.2 million people affected by floods across the state 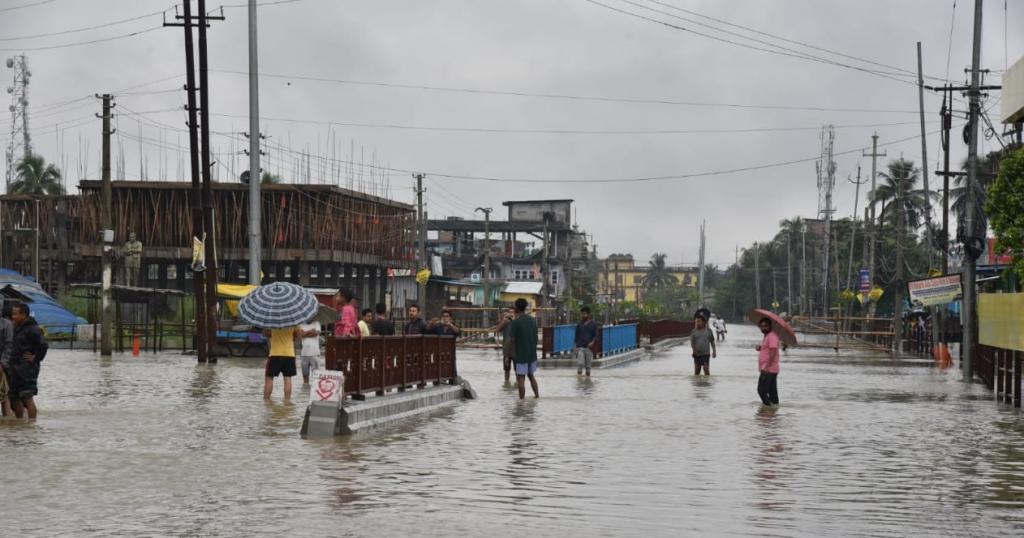 Assam’s State Disaster Management Authority (ASDMA) has said in its latest bulletin that 33 of the state’s 35 districts (94 per cent) are flood-affected. 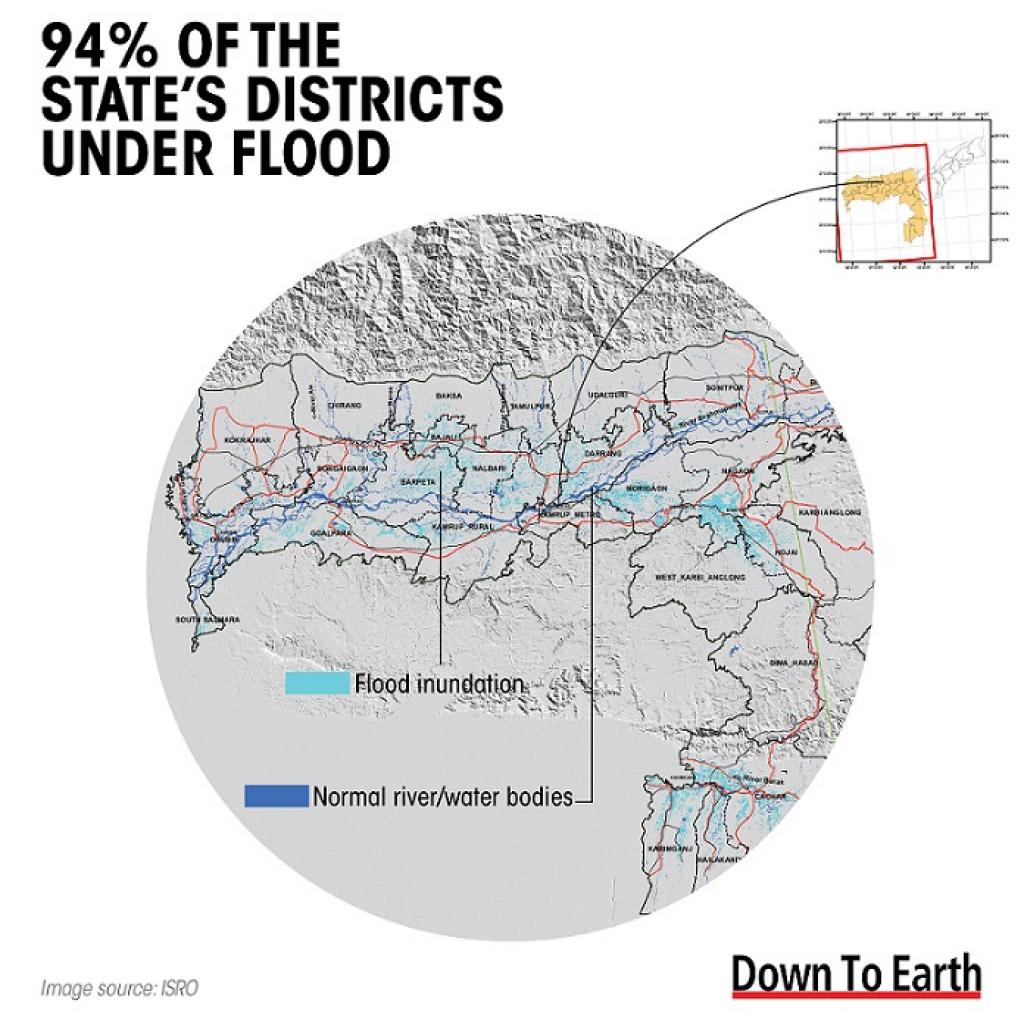 Some 5,137 villages — nearly one-fifth of the state’s total villages — have been declared flood-affected. Every seventh Assamese is now a flood-victim, with 4.2 million people affected by floods across the state.

Floods inundated the state before the monsoon came. By March 18, the first wave of floods battered Assam. According to ASDMA, at least 0.57 million people had been affected by floods as of May 27.

The Brahmaputra and eight other rivers have been flowing above the danger mark at various places since June 18. Some 50 tributaries of these major rivers are in spate. Forecasts indicate that flooding would continue in these rivers, according to the Central Water Commission.