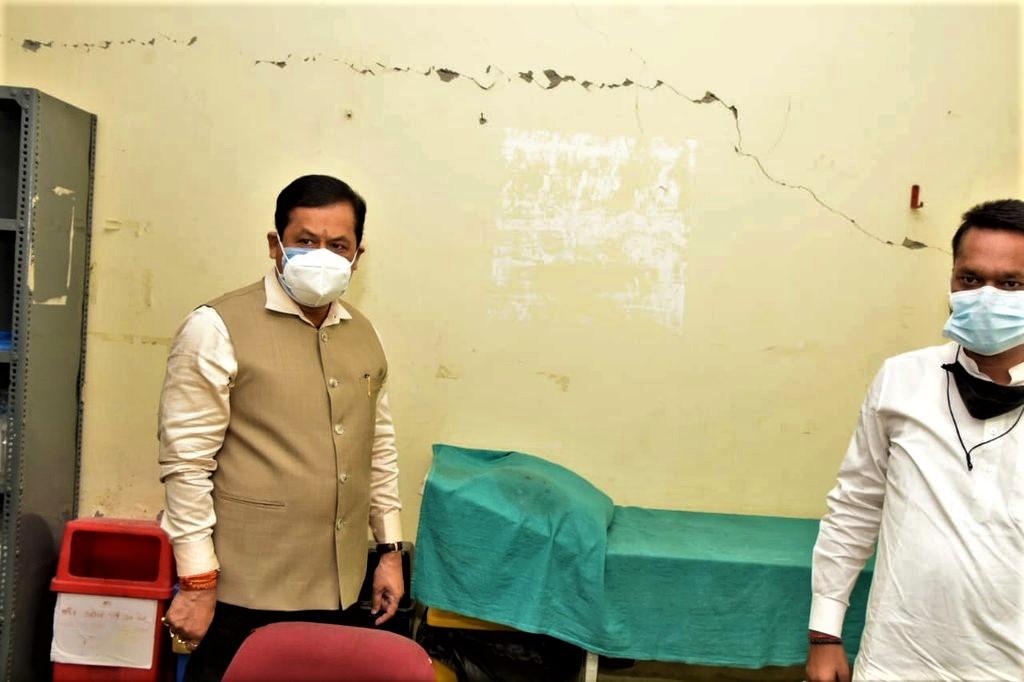 A considerable knowledge and policy gap regarding earthquakes in North East India would have to be fixed if effective quake mitigation plans were to be formulated, experts said April 28, 2021, a day when a big earthquake rocked Assam.

The North East was a highly fragile and earthquake-prone zone and needed to have an integrative disaster plan to tackle high-intensity earthquakes, according to scientists Nilutpal Bora and Prakash Barman. However, disaster mitigation policy makers in the region were yet to tap adequately into the scientific data available on earthquakes, they added.

“There is a considerable knowledge and policy gap regarding earthquakes. Scientific research findings on the Kopili fault earthquake zone have hardly made it into disaster reduction policies. Bridging this gap is key to formulating any meaningful earthquake damage mitigation plans,” they said.

The quake, measuring 6.4 on the Richter Scale, occurred near Dhekiajuli in the Sonitpur district of Assam at about 7:51 am April 28, 2021, 80 kilometres northeast of Guwahati.

Multiple aftershocks ranging from 4.7-3.6 on the Richter scale were also recorded within the next hour.

Lalit Chandra Deka, a septuagenarian resident of Dhekiajuli, the epicentre of the earthquake, said the jolts were the most severe among the ones he had witnessed in his life. “It wasn’t like any earthquake I’ve seen before. It kept jolting for a couple minutes and it felt like everything around me will crumble down,” he said.

Another resident of Dhekiajuli, Sanjit Mandal, 32, told Down to Earth that he “felt dizzy as the tremors prolonged”. His house, an old concrete structure, saw several cracks and eventually crumbled due to the jolts.

Damages to buildings and structures have been reported within 100 km from the epicentre in the areas of Sonitpur, Nagaon, Guwahati and Udalguri, according to the Central Seismological Observatory, NCS, Shillong and Regional Meteorological Centre of the India Meteorological Department, Guwahati.

In Tatkal Basti village of Misamari, a town on the Assam-Arunachal Pradesh foothills that sits atop the Kopili fault zone, the quakes caused a crack in a paddy field with water oozing out of the gap.

Local media reported that a 70-year-old man named Prasanna Kalita has died due to cardiac arrest as tremors hit.

The tremors have been attributed by the NCS to the Kopili fault zone closer to Himalayan Frontal Thrust. This is a seismically active area falling in the highest Seismic Hazard Zone V. It is associated with collisional tectonics because of the Indian Plate subducting beneath the Eurasian Plate. Subduction is a geological process in which one crustal plate is forced below the edge of another.

The Kopili fault zone is a 300 km long and 50 km wide lineament (linear feature) extending from the western part of Manipur up to the tri-junction of Bhutan, Arunachal Pradesh and Assam. The fault itself is a transpressional fracture that generates lower crustal dextral strike-slip earthquakes.

Barman, a geodesy specialist with a PhD from Tezpur University, who has studied inter-seismic deformation in Kopili fault, said:

The Kopili fault is currently the most active seismic zone in North East India. Squeezed between the subduction and collision zones of the Himalayan belt and Sumatran belt, the North East is highly prone to earthquake occurrences.

Geodesy is an earth science of accurately measuring and understanding the Earth's geometric shape, orientation in space and gravitational field.

A 2014 study co-authored by Barman and published in Geomatics, Natural Hazards and Risk predicted future occurrence of earthquakes in the region.

A tectonic depression filled up by the alluvium of the Kopilli river and its tributaries, the Kopili fault zone has witnessed many seismic activities in the past including the 1869 earthquake (7.8  magnitude) and the 1943 earthquake (7.3 magnitude). A study attributed the January 4, 2016 earthquake in the Imphal Valley to the Kopili fracture although later research contradicted this conclusion.

“There was a gap of 74 years between the two major earthquakes of 1869 and 1943. Multiple studies opined a major earthquake event around 2017 to repeat this cycle,” Bora, a former Raman-Charpak Fellow and currently a post doctoral fellow in the Department of Civil Engineering at IIT-Guwahati who is trying to develop a physics-based model for this active fault, said.

“Recent seismicity discovered along the Kopili fault led to speculations that this fault is one of the most seismically active faults of the region and a major earthquake could be expected in the future, which has somehow been validated by today's event,” he added.

Bora said a considerable portion of the Kopili fault zone and its neighbouring areas are characterised by alluvial soils that have a higher potential of trapping seismic waves, making the region the most earthquake prone zone in North East India.