Crops are withering in the countryside, leading to an exodus of people to the cities

Andhra Pradesh (AP), which is no stranger to heatwaves, is suffering along with the rest of the country this summer season.

The delay in the onset of monsoon has only added to the woes of the people. The deaths of over 70 people in just two days in Bihar last month led to restrictions on school timings for kids in AP and Telangana also.

The maximum temperature in the area has increased from 43.2 degrees Celsius to 44.8°C. The minimum temperature remained over 31°C and the usual 26°C as heat was trapped.

Here is an example. The NARL recorded the daily maximum and minimum temperatures during April-June from 2009-2019 in a village called Gadanki, 35 km from Tirupati, in Chittoor district. 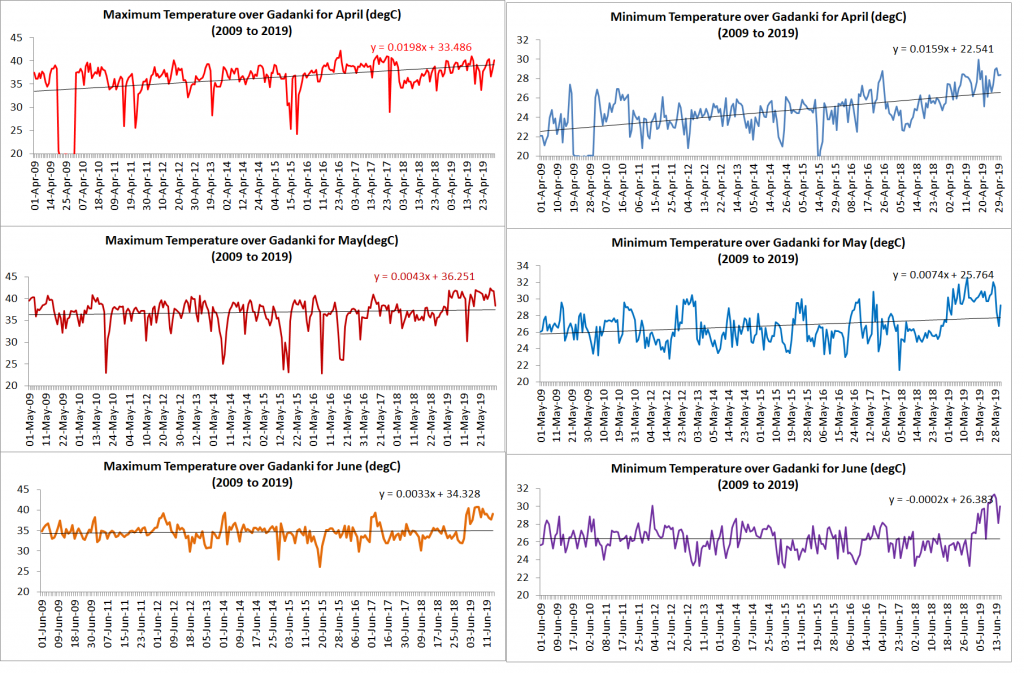 The severe heatwave has taken a toll on ACs, refrigerators, fans, air coolers and other electrical appliances. There have been reports of short circuiting of these appliances, leading to mishaps.

The heatwave has increased the woes of the people, with the poor being severely affected.

Agriculture in the Rayalaseema region of Andhra Pradesh is badly affected.

“The North East monsoon, which provides most rainfall to the Rayalaseema region, has been a failure for the past five years,” T Pratima, principal scientist, agronomy, RARS (Regional Agriculture Research Station) in Tirupati, said.

“We don’t normally have crops at this time of the year in the region. The effect of heatwaves is more severe on the animals. In a few places where groundwater is available, crops face sucking pests in such heatwave conditions. We have had instances of neem and mango trees drying up due to heatwave,” she added.

The popular refrain among a group of migrant labour from Kurnool district, part of the perennially drought-hit Rayalaseema region waiting to be hired was, "Please write a report that would mirror our troubles and travails and urgent measures would be taken to tackle drought back home".

“It has become difficult to find work after the policy on sand was changed recently in the state,” said E Veeresh Goud, a migrant daily wage labourer from Kurnool district.

“We find work for only three or four days per week. Having food at the Anna Canteens where food is provided cheap by the government saves some expenses for us. The odd jobs that are offered to us don’t get us full wages. People bargain while paying the wages after the work is done,” he added.

Explaining their woes in growing vegetables C Sudhakar Reddy, a farmer from Bhakarapeta said: “Lack of water has affected quality and quantity of vegetables and fruits. Lack of quantity has led to a spike in their prices but we don’t have sufficient quantity to sell and have earned less. Farm labour is not able to work beyond one pm in the day owing to severe heat.”

“Mangoes rot faster due to severe heat. The rates of all fruits have risen. Most vegetables are being sold for above Rs 50.

The price of tomatoes have skyrocketed to Rs 60 from Rs 40 just 10 days back as farmers are struggling to keep the crop alive owing to lack of water.

They are forced to buy water tankers at high prices to save the crop,” said N Munirathnam Naidu, a wholesale dealer of vegetables in Tirupati.