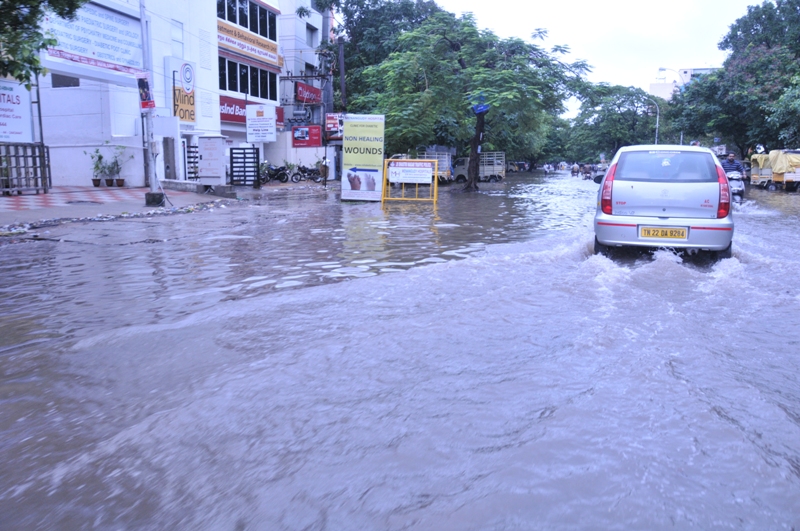 Back-to-back cyclonic systems in the Bay of Bengal and a strong northeast monsoon, partially owing to a strong El Niño, have resulted in widespread and excessive rainfall in southern states. Parts of Karnataka, coastal Andhra Pradesh and Tamil Nadu have been lashed by heavy rainfall over the past month. Bengaluru received over 290 mm of rainfall in November, breaking the 1914-record of 252.2 mm.

But the worst affected state, by far, has been Tamil Nadu. Rainfall in all but two of the 34 districts in the state has exceeded the normally observed levels, while five districts have been pounded by over twice the average rainfall received between October and the end of November.

The repercussions of the rains have been enormous. According to media reports, nearly 200 people have died in rain-related incidents in the state. The districts of Kancheepuram, Tiruvellore, Vellore, Tirunelveli and Chennai are the worst affected. In Chennai, large parts of the city have remained inundated over most of the past three weeks. Images of people stranded on roof tops and in boats have gone viral. Schools and colleges have remained shut, exams postponed, train and flight services have been severely hit as Chennai struggles to cope with the deluge.

Although the rains in Chennai may be unprecedented, the damage and inconvenience caused were avoidable. Poorly planned urban expansion, usurping of water bodies in and around the city, building over natural drainage paths and inadequate capacity of storm water and sewage drains have put additional pressure on the city. In more ways than one, the deluge in Tamil Nadu is man-made.