Cyclone Yaas fells hundreds of trees in Bhitarkanika, hit on fauna being assessed 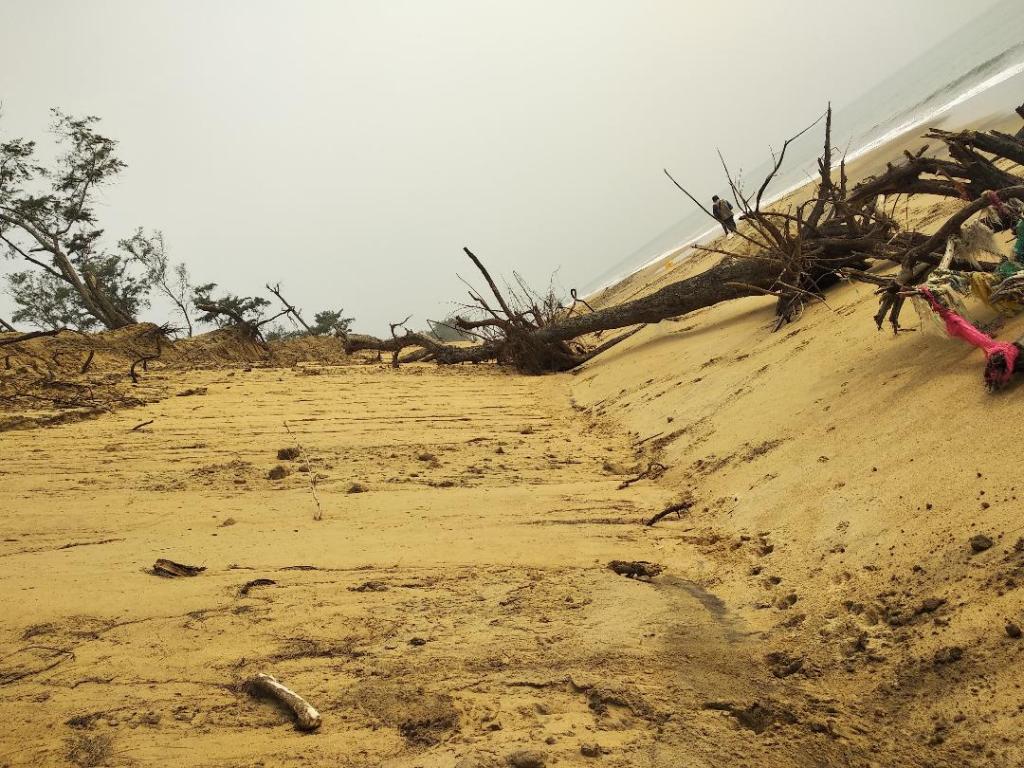 The Bhitarkanika National Park in Odisha‘s Kendrapara district, India’s second-largest mangrove forest, was ravaged by Cyclone Yaas that made landfall May 26, 2021 north of Dhamra port near the park.

Hundreds of trees, mostly casuarina, palm, coconut and other trees were uprooted by the violent winds and crowns of several others were severely distorted. Many mangrove trees were also battered.

A large numbers of mud houses were washed away, saline embankments destroyed and agricultural lands inundated by saline water in Satabhaya, Kanhupur, Barahapur and other seaside villages within the park.

The area was designated a national park in September 1998 and as a Ramsar site by UNESCO in August 2002, said Bikash Ranjan Dash, divisional forest officer of the park. He added:

Many spotted deer and other animals had escaped into the dense mangrove forest to save themselves from the cyclone. Now, we hope to develop a long-term plan that will help protect areas surrounding the sanctuary from the cyclone. We have forest staff already on the ground and the clean-up work is well underway. In many areas, we are yet to assess the full extent of the damage.

Around 45 villages with a population of 100,000 around the national park have been badly affected in the cyclone due to denudation of mangrove forests in these areas by the prawn mafias, alleged Haripada Mandal (65) of Talachua village within the park. Mangrove forests shelter the seaside villages from the worst impact of storms.

This isn’t the first time Bhitarkanika has borne the brunt of a cyclone. Amphan in 2020 and Fani in 2019 also damaged large areas of the national park. But the area was not greatly impacted by the super cyclone in 1999 because of the presence of dense mangrove forest in our villages, said Ramesh Mandal of Talschua village.

“It was the biggest uninterrupted stretch of mangrove forest in our village,” recalled Pravat Behera (65) a retired school teacher of Iswarapur  village.

The prawn mafias, in nexus with forest officials, have been clearing the mangrove trees, he added. “As a result, our houses caved in and many trees were uprooted during Cyclone Yaas.”